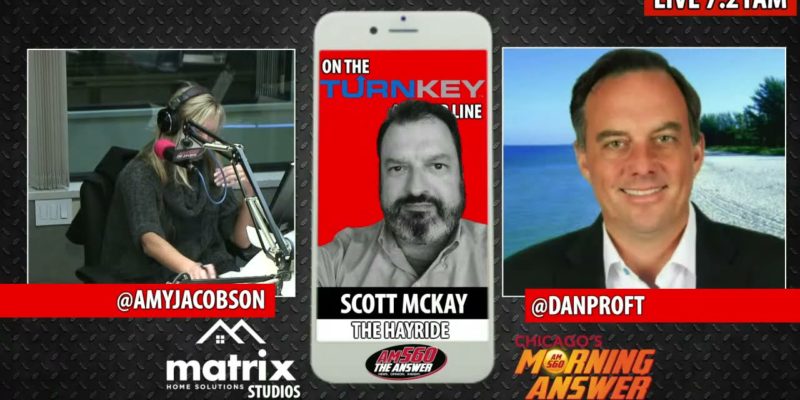 Here was a segment I did this morning on iHeart Radio AM-560 in Chicago, the Morning Answer show with Dan Proft and Amy Jacobson…

The segment began with a reference to an American Spectator column I’d written a week or so ago about Joe Manchin and how he can’t be trusted on the Biden trillion-dollar spending splurge. My point then was that while Manchin wants everybody to believe he’s some sort of conservative Democrat, that’s a crock. What Manchin is, and there can be no doubt about this, is a politician – and if he thinks there is more political profit to be made in opposing that spending bill he’ll oppose it. If not, he’ll back it.

Except what happened on Tuesday night certainly changes the calculation a good bit. Manchin is next door to Virginia, after all.

And he’s now crowing about how the Democrats need to step back from the ledge.

Is anybody listening to him? Not so far. The Hard Left is now blaming Manchin for now going along with the reconciliation package.

There is going to be a civil war within the Democrat Party. There has to be. But that won’t be a long fight, and the Joe Manchins can’t win it.

They can’t win it because they don’t control the institutions and special-interest constituencies which make up that party. Randi Weingarten and the teacher union crowd won’t allow the Democrats to make some sort of organized retreat on education. Planned Parenthood won’t allow them to give on things like the Hyde Amendment or some reasonable restrictions on abortion. It’s even worse, in that Planned Parenthood is now in the puberty-blocker business and that means the Democrats are now yoked to the transgender agenda.

If you want to see just how bad the problem is for them, have a look at Sen. John Kennedy’s questioning of Gabriel Sanchez, a Biden judicial nominee, and watch how badly Sanchez weasels out of giving an answer when Kennedy asks him how many biological sexes there are. That exchange starts at 2:30 of this clip…

Hollywood is a major source of Democrat contributions and Hollywood is controlled by insane Hard Leftists who donate to things like ths idiotic, pedophile-friendly Lincoln Project. Hollywood won’t let them moderate themselves. Neither will Big Tech, which is an authoritarian leftist industry in love with the Chinese communist model. Public-employee unions also control the Democrats, and the people who run those unions are actual Maoist communists.

There is no institution or constituency inside the Democrat Party right now which is working to moderate its positions on anything. The black community should be doing that, but the black community’s self-appointed leadership thinks critical race theory is a pinata they can hit again and again and shake goodies out of, and therefore so long as the Democrats are willing to flog race as vigorously as they are you won’t get any objection from the civil rights crowd to anything else they do.

It’s going to take a whole lot more pain before there is any sentiment in that party toward reform. The Hard Left is likely to toss Manchin and Sinema off the train rather than heed their counsel. I’m going to be proven right on this next year and through to 2024 – if not beyond.

Interested in more national news? We've got you covered! See More National News
Previous Article YOUNGBLOOD: From The Outside Looking In At Virginia…
Next Article BLANCO: Football, Politics, Life And The Eternal Truths