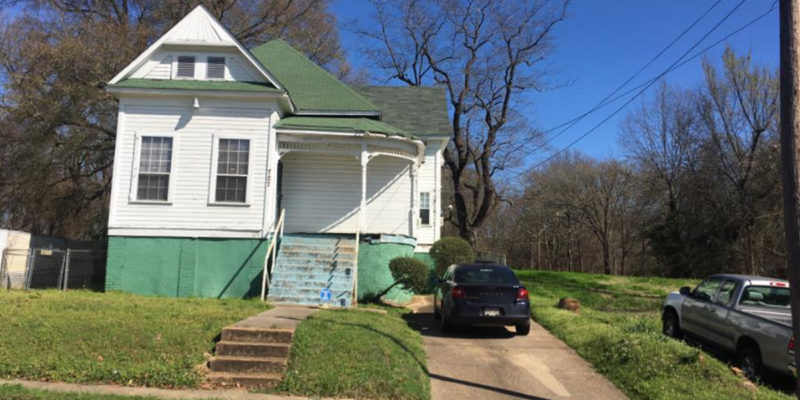 As Shreveport suffers with one of the worst large-city economies in the country, the last thing it should want to do is increase taxes. Yet that’s exactly what it has queued up for voters in just over a couple of weeks.

Going for a third bite of the apple, Democrat Mayor Adrian Perkins, with unanimous City Council assent, wants to put five brand-spanking new property taxes on the menu to fund a range of infrastructure items paid by debt. A similar but smaller package divided into three items narrowly failed in 2019, and earlier this year Council reticence caused Perkins to withdraw a proposal of four measures for an amount a bit smaller than the $236 million now up for voter approval.

Events since the 2019 failure have both aided and conspired against chances of passage. Even with a booming economy under Republican former Pres. Donald Trump, voters rejected the items, one dealing with water and sewerage, another with roads, and an omnibus proposal for buildings addressing public safety and parks and recreation. The package earlier this year split out public safety from other construction, and the current iteration created a separate technology item.

Some impetus to support at least some items came from bad winter weather earlier this year, highlighting roads and water and sewerage needs, and from the city’s spiraling crime that has put it on course to set a record for number of homicides (and with tens of thousands fewer residents that when hitting the record nearly three decades ago) that might spur more spending on police. At the same time, publicized Shreveport Police Department personnel shortages that could address escalating crime an infrastructure package hardly impacts, and successive rounds of federal largesse designed to address the alleged impact of the Wuhan coronavirus pandemic lends itself to spending on water and sewerage, technology, and parks

Indeed, with the latest tranche (and with more to come) of $72 million, Perkins allocated only about a third on these kinds of things, forfeiting a chance to reduce the bond package by tens of millions of dollars. As well, the city’s unwell economic situation has deteriorated since 2019 due to national headwinds created by out-of-control spending (including the largesse) by Democrat Pres. Joe Biden and congressional Democrats, triggering the worst inflation in decades that not only increases the expense of the contemplated bonded items but also leaves fewer dollars in people’s pocketbooks to fork over for the ensuing tax increase.

Add to this that Shreveporters already pay the second-highest property taxes of any major city in the state, more than double every other one except New Orleans – and that isn’t an exact comparison because New Orleans performs many functions usually done by parishes. Even so, passage of all five measures at 13.75 mils would push Shreveport rates close to 65 mils, while New Orleans is at about 95.

Finally, while Perkins ever since his crushing U.S. Senate defeat has laid relatively low and avoided the missteps that plagued his first couple of years in office, he continues to represent the items in many voters’ minds. With a reelection bid in sight, some voters may cast ballots against across the board just to make him change his mind.

Given voters’ eroding buying power in an economically struggling city, that the ballot propositions don’t really address the most salient immediate city problems, the perception that money exists elsewhere to address some of this, asking for sky-high taxes to shoot up further, lingering doubts about Perkins – and the simple fact that a good chunk of the requested funding, in particular the parks and technology spending, isn’t close to being essential – not all of these will pass. Expect the roughest sailing for #2 and #5, respectively the 1.25 mil technology and parks items. And it’s more likely than not that all of the 3.75 mil items – #1 for public safety, #3 for water, sewerage, and drainage, and #4 for roads – will go down as well.

Even if for infrastructure, you can’t tax your way to prosperity. You can tax your way to poverty which the Perkins Administration seems bent on exacerbating with this tax increase. Whether voters will cooperate is another matter.

Interested in more news from Louisiana? We've got you covered! See More Louisiana News
Previous Article GURVICH: The Democrat Party Is A Danger To Itself And Others
Next Article BLANCO: The Joey Springer Show