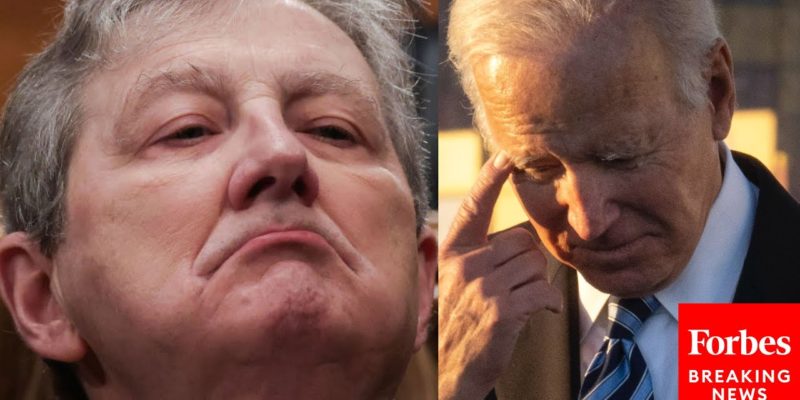 “I wish I didn’t have to give this talk,” said Sen. John Kennedy yesterday before he let out a litany of facts illustrating the stark reality of inflation under the Biden administration.

“A lot of people, Mr. President, as you well know, just can’t afford to pay 50 percent more to fill up their gas tanks. They can’t afford to have to stop and go arrange a bank loan to go to the gas station or to the grocery store. And unfortunately for Americans in my state and your state and across the country, here with winter coming on, the cost of heating homes is also going up, just in time for temperatures to fall,” said Kennedy.

“As our days grow shorter, the economic landscape unfortunately is getting darker. Thanksgiving is just around the corner, it’s a cherished American holiday. But even the holiday that Americans observe in order to count our blessings is coming with new hardships. According to the New York Times, Mr. President, Thanksgiving 2021, and I quote, ‘could be the most expensive meal in the history of the holiday,’” Kennedy continued.

“This Thanksgiving . . . I hope my Democratic friends will give up on tying millstones around the neck of the American economy. I hope they will give up fueling inflation with another extremist spending . . . bill. And if they would do that—if they would just do that—Americans could sit down to eat next Thursday and give thanks that compassion and common sense have finally prevailed in Washington, D.C.,” Kennedy concluded.

Interested in more national news? We've got you covered! See More National News
Previous Article LANDRY: The Fight Continues Against Biden’s Vaxx Mandates
Next Article Are We Being Prepared For A Michelle Obama Coup?