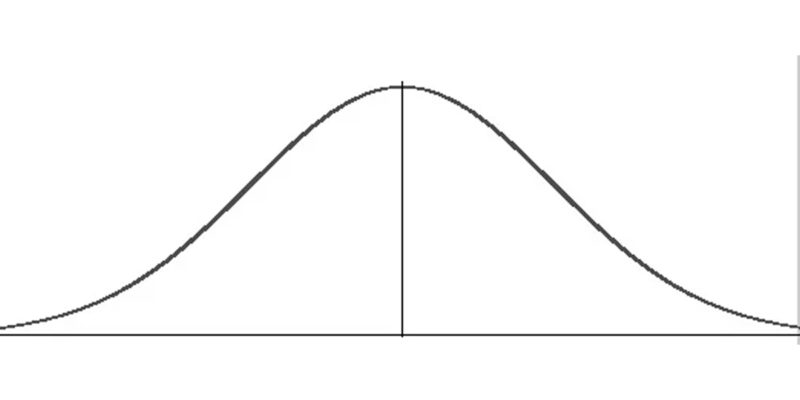 Sometimes the responses to Tweets are as significant as the tweets that triggered them. A prominent local social warrior responded when I posted a tweet connecting Louisiana’s declining population to the failure of the state’s leadership. His response?

“Staying “poor” may be a choice, but being born into generational poverty isn’t a choice….”

Aside from the fact that the response deviated from the sense of my original post, it reveals a great deal about the thinking of Democratic Progressives. Let’s dissect the response a bit.

“Staying poor may be a choice..” The responder will get no argument from me on this point. America is the land of opportunity, there are countless examples of success stories derived from those born into abject poverty, minorities and majorities alike, that after personally adopting a few simple principles ended up comfortably well off, even fabulously wealthy.

The benefit of these principles requires personal commitment and personal sacrifice. Education, frugality, intact family units, discipline, goal setting, and morals. That’s it. Almost all examples of people meeting success in America did so by adhering over the sustained term to these ideals.

Absolutely I agree with my liberal responder, staying poor is almost always a matter of choice. Where we deviate, and in the aggregate what I believe separates Republican beliefs from Democratic beliefs, is his second part, “… but being born into generational poverty isn’t a choice…”.

His intimation is that generational poverty is a predetermination of future economic failure and assurance of poverty. Paradoxically it is not possible to believe in the first part of his response and at the same time to believe in the second part. They are totally contradictory.

In America there is no pre-ordained state of being called generational poverty. There are those for a time trapped in generational poverty, but there is always a path out this economic state. The length of time that one remains trapped is wholly determined by how dedicated one chooses to be in adopting the American principles that are available. Nothing is pre-ordained; America provides the way out, but people must choose to accept America’s offer.

I am not asserting that crawling out of poverty, especially long-term poverty, what is called generational poverty, is easy. It is not. I do maintain that a primary reason it is so difficult is because poverty-stricken people are convinced by liberal politicians and those who benefit from the poverty industry that there are forces lined up against them to ensure that they have no escape. These poor people are force-fed the concept that they must only depend on government support, it is the hook that keeps them voting reliably for liberal leadership. Once the poor are convinced that they can’t succeed they effectively surrender to a self-fulfilling prophecy and turn their fate over to these who convinced them in the first place.

Statistics of economic outcomes, the distribution of prosperity and of poverty, takes the shape of a bell curve. The Y axis defines the level of prosperity, the X axis the number of people in that status, with a center line defining the median population at the average level of prosperity. In our state, because we have such low prosperity, the bell curve is distorted into a broad, squat shape. In comparison to the metrics expected of a well performing state, because there is such an over-representation of poor and the generational very poor and too few of the well off, our bell curve is not very well shaped. But it is a prefect representation of bad outcomes.

This image points up that the goal of all future leadership must be to create a bell curve that is more pronounced toward prosperity, maintaining a higher median shifted to the right. Our future must be an image demonstrating that more people participate in that prosperity even as fewer reside in the poor end of our population. In other words, we should strive to be a state in which prosperity growth is the requited goal of political policies, a state in which a sustained attack on poverty, fueled by a general increase in prosperity, will have resulted in a lower number of the entrapped.

We will always have poor; we will always have rich. What we must strive for is to minimize the poor by increasing prosperity for a growing slice of all Louisianans. That is to reshape our bell curve and shift it so that it describes our state as a state that has successfully sought to have a broad swath of its population (call it the middle class if you will) achieve growing prosperity. If the number of rich grow as result, so what. Success is defined when a growing percentage of the population becomes more prosperous and the number of truly poor become dramatically fewer. If as is most likely some more grow rich as well, they just represent more who will invest in our collective prosperity. Economic growth is the vision, that must be our goal. And don’t let the naysayers claim that it is unrealistic or unfair, so many other southern states have already adopted and achieved a similar strategy.

I am a “rising tide lifts all boats” conservative. To me long term generational poverty has many causes, most of which find their roots in artificial levees against a rising tide of growth and prosperity, levees created by misguided social and economic policies that have convinced people that their fate is sealed, policies that blind them to the opportunity to employ the principles of success available to all Americans. It is the effort to blind poor people to the opportunity to escape the grasp of generational poverty that is so disingenuous.

I believe in America and its promise. Accordingly, I recognize a great evil in deceiving people that there are malevolent forces that conspire to trap them. That evil is to me a main underpinning of enduring generational poverty.

I see through the response to my Tweet that liberal think is the root cause of such entrapment and blinding. One cannot believe that poverty is a matter of “choice” and in the same breath deny that the opportunity to make such a “choice” is not available to all. But that is what the responder does, and he obviously sees no paradox in linking them.

I should probably stop here, but I must point out one thing. For over a hundred years, Louisianans have spoken with their vote that they choose to maintain the political levees that discourage the rising tide of prosperity. Perhaps two phrases best define the misbegotten beliefs that have held us back for so long; “a chicken in every pot” and don’t tax you, don’t tax me, tax the man behind the tree”. The political and economic policies spawned by these beliefs have resulted in an erstwhile asset rich state being best known for its generational poverty and a declining population, both driven by low expectations of future prosperity. It is the low tide of opportunity and prosperity that offers no succor to the poverty stricken, it is the artificial levees that block the rising tide.

Perhaps there has been no political leader able or willing to demonstrate the significance of knocking down the levees that hold back prosperity, perhaps our people are just too afraid of change. Who knows, but there can be, there will be no rising tide of prosperity until we finally throw off the shackles of an inauspicious past that has inbred an acceptance by so many of an ominous fate, a fate that they are convinced that they can never change.