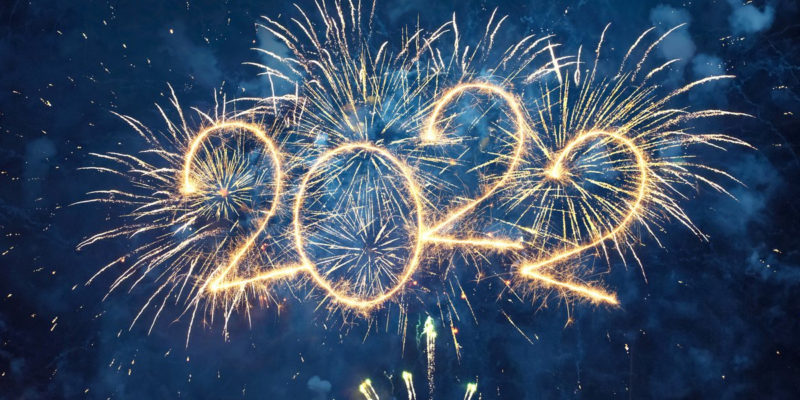 This week, there will be a million articles to read. Most of them will be predictions or year in review. Spoiler alert, Biden has a bunch of blunders and people predict Pendejoe will make some blunders in 2022. It’s something that occurs in writers’ brains the last week of the year. It’s like we survived the latest round of booster shots but we have to tolerate an entire week where our brain goes derp. I went ahead and got my “10 list” out of the way so now I can work on my prediction article. After all, I am often mistaken as Claire Voy’s aunt, even when I can’t find my straight razor and my mane grows out.

I only have 1 prediction and that is this, the Democrat party gets worse. I know, it’s such a bold and amazing of a prediction it’s hard to believe I thought it up all by myself. But if you’re looking for an asteroid, I do predict that the Democrats will continue to waltz around like they’re lost in space and they’ll get smacked in the face by meteors called reality. Zombie apocalypse? Got you covered too.. brain dead Democrats starving for attention start eating each other. Natural disaster? Wait until election night when the GOP tsunami makes landfall. Aliens make contact? That’s no surprise, they’ve been making contact in 2021 with the help of Biden, 2022 will just be a continuation of that. What none of those other lists will do is explain why those things will happen.

2022 will start off much like 2021 ended. We’ll still be talking about Covid, Pendejoe will have his gaffes and his addiction to sniffing children’s shampoos will still be going strong. In fact, there won’t be much change at all from the loony left. They can’t, they’ve adopted a zero-tolerance policy and it’s clouded their judgement so much that they can’t see that zero-tolerance is a professional way of saying intolerant. They are so intolerant of anything they disagree with that anything they disagree with is absolutely wrong and must be done away with, excluded, or punished. Ironically, they adopted this intolerant view in the name of tolerance.

Back when I was still pulling my facial peach-fuzz to fluff up my mane, I was told “Don’t burn your bridges after you cross them”. In my youthful arrogance, I scoffed it off and surely it was thought that it fell on deaf ears. But a seed was planted that day and over time that phrase took roots and grew to yield more in my head than the planter intended. I still value that phrase and though I may still burn a bridge, I do so more cautiously.

This is one of those things that zero-tolerance does. It leaves no room for explanation, it judges, and burns bridges. How many people have lost their jobs over the past few years because of self-righteous people who thought they were so right that they should get people fired? But what they often do is free those same people up to speak their minds, stand up for their beliefs, and create unnecessary enemies. We shouldn’t be going through life looking to make enemies, we should be focused on building friendships, teammates, and making amends. When you’re burning bridges unnecessarily, eventually you’ll find yourself surrounded by enemies with nowhere to go. That’s where the left finds itself now, on an island with the bridges burned that once provided a way out. This is that meteor shower of reality. They aren’t just burning bridges with their victims, but also with many other people who see their true character and want nothing to do with them anymore.

Another great lesson in life is “a person who doesn’t make mistakes is a person who does nothing”, and that’s part of making amends. None of us are perfect but if you do nothing, you can do no wrong. The left has a habit of changing their moral standards to a level that no person can be so perfect, but continue to vow to be intolerant of intolerance. They’ve become the blind leading the blind. They are so woke but their minds are gone, starving for attention as they prove they are holier than thou by crucifying the imperfect. Their island is becoming inescapable, full of zombies who have nothing left to feed on except each other.

If the left weren’t so busy practicing their intolerance to everybody who isn’t woke enough, they might be able to learn a thing or two from the very people they disdain so much. To quote Thomas Jefferson “We are now vibrating between too much and too little government, and the pendulum will rest finally in the middle”. The winds of politics often shift to different directions, and it’s wise to be aware of it. There are a few Democrats with some common sense and recognize the changing direction, but they aren’t being listened to by their party. Some Democrats may find their way onto a life raft, but the ship is sinking and their time is running out. If they don’t figure it out soon, that Tsunami in November is going to be much bigger than people expected.

The Democrats are too locked into the extremist left. They have become woke and brain dead, oblivious of the island they cannot escape. They believe it’s a mere rain shower as they urinate into the shifting of political winds, and the tsunami that it is.