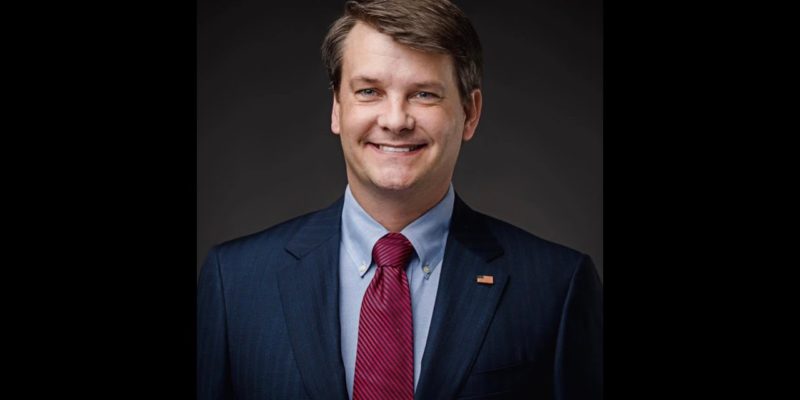 Many young Republican politicos wish December 29th was just another day on the calendar, lost in the celebratory shuffle between Christmas and New Year’s.

Regrettably it’s not and the date is associated with profound sadness for Luke Letlow’s family and many friends.

A year ago today, Congressman-elect Letlow passed away due to complications related to his extended battle with COVID-19.

Countless eulogies and tributes were offered in his memory from the State Capitol where he briefly worked to the floor of the hallowed chamber the coronavirus would deny him entry less than a month after the voters of the 5th District had bestowed the honor and responsibility of representing their interests.

Luke would even posthumously be awarded an honor from the Louisiana Political Hall of Fame, an institution in Winnfield that was a favorite destination to show to his friends.

All of these were well-deserved as Luke had accumulated an impressive body of work in campaigns, state government, and as a high ranking congressional staffer well in advance of what would’ve been his swearing in as a US Representative on January 3, 2021.

Reportedly when Huey Long slipped away he was murmuring about the state of LSU and how the university that he plowed significant funds towards expanding would fare after he was gone.

While struggling with the terrible effects of COVID, Luke was literally working from his hospital bed in the LSU Shreveport ICU, researching information to bolster his chances of landing choice congressional committee assignments and taking calls from House Minority Leader Kevin McCarthy and other members of the GOP caucus leadership.

While fighting for his breath, Luke was simultaneously fighting for his district angling to land positions on the Hill to better promote the sale of agricultural products from the rural 5th District on a global scale.

After his passing, some aspirants wasted little time to seek to succeed him in Washington. One candidate, State Representative Lance Harris did the opposite removing himself from consideration even though he had run second in the previous election.

Luke’s widow Julia would step up to continue the unfinished Letlow legacy.

But that entailed more than keeping a name on the congressional roster.

One of the reasons why Luke was so popular wasn’t just because he was skilled at his craft but because he was a genuinely good person, atypical for the profession he had so passionately pursued.

Luke deeply cared about both the people who resided in the district and the soil they tilled. And as an avid genealogist and historian, the legacies and contributions of those who returned to the very earth they worked.

Merely having someone with the same surname occupying the office he was to fill would not in itself be continuing the Letlow Legacy.

The Letlow Legacy is a genuine spirit of service.

In the short period of processing terrible loss and managing the unimaginable new realities, Julia picked up the torch, racked up an astounding primary win that made history becoming the first female Republican to represent Louisiana in Congress and quickly closing the gap by a seat between the Republican caucus and Nancy Pelosi’s grip on the speaker’s gavel.

Though entering Congress later than almost all of her colleagues, Julia mastered the process quickly, engaged with her sprawling district’s diverse constituencies and interests, and has impressed her colleagues with her sharp mind and polished political skills.

Though I didn’t get to know Julia until this year, a dear friend used to always rave about her intellect and abilities.  He didn’t exaggerate.

Underscoring a decidedly “Letlovian” trait of possessing a deep appreciation for those who came before her, Julia shrewdly adopted the late Lindy Boggs, a fellow congressional widow, as a role model.

The wife of the vanished Majority Leader and potential Speaker, Lindy Boggs was a highly regarded US Representative and was respected by those on both sides of the aisle.

I’ve yet to hear anyone say a single cross word about Ms Lindy.

Julia has honored Luke’s legacy not by winning but effectively serving the state he dearly loved.

We lost a good friend and faithful servant on this day last year. And there never will be another person with Luke’s exact mix of sincerity, political acumen, engaging personality, selflessness, and trademark mannerisms.

However Luke’s passion for service has endured through Julia.  And more so than the posthumous tributes, that is the true Letlow Legacy.

Interested in more national news? We've got you covered! See More National News
Previous Article BLANCO: If You Can’t Stand The Heat, Don’t Play With The Fire
Next Article SADOW: Belfare Won’t Just Be A One-Time Cost To Louisiana Taxpayers