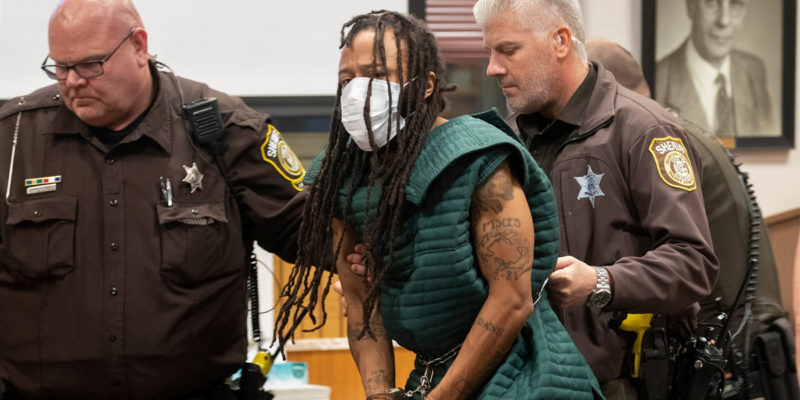 In recent weeks, a crime wave has been spreading across the country, especially in urban areas controlled by Democrats. It is concentrated in retail establishments and includes sophisticated “smash and grab” attacks by seasoned criminals.

It is an outgrowth of the riots last year, which were fueled by Black Lives Matter and Antifa activists in response to the death of George Floyd in Minneapolis. In the summer of 2020, at least 574 of the “peaceful protests” turned violent. The result was the needless murder of dozens of people and at least $1 billion in property damage.

While thousands of people participated in the violent protests, only 300 federal investigations were launched and only a few dozen people were prosecuted. The average sentence for those convicted of participating in the riots of 2020 was only 27 months in prison.

This “soft on crime” approach is consistent to what Democrats often deliver to the communities they represent. These policies focus on the treatment of the criminals, instead of the victims.

In these communities, many of the District Attorneys were elected due to massive campaign funding from far-left mega donor George Soros. His goal is to remake the criminal justice system and he has largely succeeded.

In these Democrat led cities, there is an anti-police attitude. Activists repeatedly call for police departments to be defunded or completely shut down. The police officers who do not resign or retire due to the lack of local involvement are often overwhelmed and receive inadequate community support.

The result is that there are too many violent criminals on the streets and too few dangerous offenders behind bars. Police become frustrated with arresting the same criminals repeatedly. Regrettably, the victims of violent crime receive little to no consideration.

For example, President Joe Biden decided not to visit Waukesha, Wisconsin, and pay respects to the families of the innocent people killed and injured at the city’s annual Christmas parade by the criminal acts of repeat offender Darrell Brooks, Jr. This dangerous criminal drove his vehicle through the parade seemingly to kill as many people as possible.

Brooks should have never been able to commit this mass murder for he had a lengthy rap sheet of violent crimes. Incredibly, he kept getting released from prison, displaying once again a broken criminal justice system in cities led by Democrats.

Despite his violent history and the attempts to commit vehicular homicide, Brooks was released on a ludicrously low bail of $1,000. While left wing Milwaukee County District Attorney John Chisholm partially accepted responsibility for this “error,” he mostly blamed the actions of a young staffer for the “inappropriately low” bail for Brooks.

Chisholm is a “longtime advocate of efforts to reduce mass incarceration by using prosecutorial discretion.” In this case, it was a spectacular failure that cost the lives of six people. In typical liberal fashion, Chisholm has refused to resign and has tried to avoid blame for his policy failures. This is akin to President Biden who continually blames former President Donald Trump for his spectacular failures.

Along with the tragedy in Waukesha, this holiday season has been a very violent one nationwide. There have been repeated examples of “smash and grab” incidents at retail locations in major metropolitan areas controlled by Democrats.

Los Angeles has seen a growing number of these incidents, as well as a major increase in violent crime. Compared to 2019, shootings and homicides have skyrocketed approximately 50%.

Far-left politicians like Congresswoman Alexandria Ocasio-Cortez (D-NY) continually downplay the increase in crime. According to Ocasio-Cortez, “lot of these allegations of organized retail theft are not actually panning out.”

Her claim is preposterous and is driven by her ideology, not reality. Her comments really infuriated Jason Brewer, Senior Executive Vice President of Communications of the Retail Industry Leaders Association. He said that not only did Ocasio-Cortez have “no idea what she is talking about,” but the “data and stack of video evidence makes fairly clear that this is a growing problem in need of solutions.”

Unfortunately, “solutions” for Democrats like Ocasio-Cortez is to release more criminals onto the streets of the metropolitan areas of the country and reduce funding for police departments. These “solutions” only make the horrible problems even worse.

It would help if the Biden administration understood why crime was increasing, and that strong action was needed to deal with the crisis. Instead, White House Press Secretary Jen Psaki believes that crime is soaring because the “root cause in a lot of the communities is the pandemic.”

Not surprisingly, the Biden administration is as clueless on the crime issue as they are on the high inflation rate, the open southern border, the newly created energy dependency crisis, and the growing opposition to their unconstitutional vaccine mandate agenda. Our country will not experience real relief to any of these problems until the Democrats no longer control the White House, the U.S. Congress, and the political power structure in large urban areas around the nation.

As the Biden administration pushes for more vaccines and green energy policies to fight climate change, crime continues to escalate, hitting retailers particularly hard. For example, rampant retail theft has caused Walgreens to close 22 stores in the San Francisco area over the past few years.

The stores that remain open are forced to pay significantly higher security costs. Of course, many of these extra expenses are then passed on to customers in the form of higher prices.

No wonder the poll numbers for Joe Biden are falling. He is not taking strong action to combat the major problems facing Americans. During this holiday season, a surging crime rate is calling out for attention. If only Biden and other Democrat leaders would care.