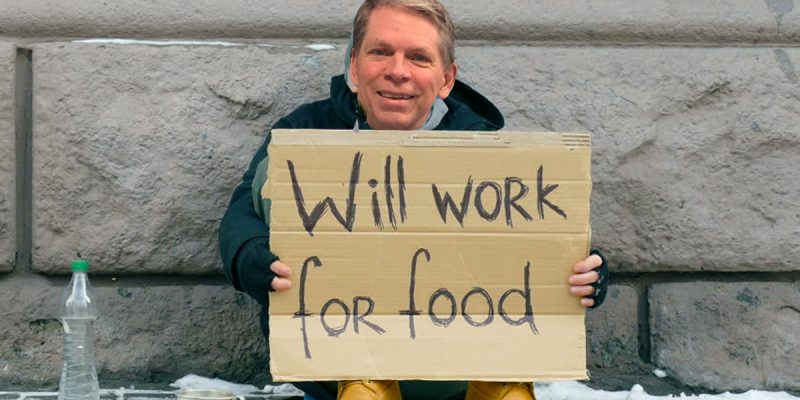 Whether this comes to pass we can’t say. But we think it’s one of the more interesting story lines running in Louisiana politics right now, and it’s one that folks on the center-right in Louisiana should be rejoicing over and thanking Landry for.

Because Bob Mann is atrocious, and having him as a bigwig in LSU’s journalism school is unacceptable. It has been for years.

Mann, after all, isn’t a journalist. At some point he might have been, but the active ingredient in Bob Mann’s career has been Democrat political activism and the telling of untruths. Bob Mann was the spin doctor working for then-Gov. Kathleen Blanco who invented the narrative that Louisiana’s utterly failed response to Hurricane Katrina was the product of federal neglect – and that narrative was spun out in the very week after the levees broke in New Orleans and plunged that city into catastrophe.

Mann’s narrative imploded when Blanco was caught on a hot CNN mic admitting that she should have cooperated with then-President George W. Bush and brought in the military. Two years later, Blanco was so discredited as Louisiana’s governor and so politically unviable that she didn’t even bother running for a second term.

Which led to Bob Mann getting a comfy, six-figure sinecure as an LSU professor and a Times-Picayune column from which he spewed some of the vilest political attacks Louisiana has ever seen.

The column went away, as even the Times-Picayune’s suits recognized Mann was too hot to handle. But his LSU gig has gotten comfier and comfier. You can tell that by the way Mann’s frequent attacks on everyone not on board with his peculiar cocktail of race-baiting, woke sanctimony and class-warfare socialism have extended even within the LSU community – savaging, for example, the big money passing through the school’s athletic program while bitching that he has to vacuum his own office.

And for whatever reason, the Republicans Mann ceaselessly attacks simply ignore him rather than fire back. Until now.

Earlier this week a lawyer for the Louisiana Attorney General’s office presented the office’s case on COVID vaccines to the LSU Faculty Senate, Mann popped off with this…

Louisiana AG Jeff Landry sending some flunkie to the LSU Faculty Senate meeting today to read a letter attacking covid vaccines is quite the move from a guy who considers himself "pro-life."

Landry picked up the phone and called LSU President William Tate and said he’d had it with Bob Mann and it was time for Mann to be held accountable.

We don’t know what Tate’s response was to that, though we’ll speculate on that subject a bit below. Landry then took the issue public…

Yesterday, Manship Chair Robert Mann attacked a professional and accomplished woman, an Assistant Attorney General for the State of Louisiana, calling her a "flunkie."

This type of disrespect and dishonesty has no place in our society – especially at our flagship university by a professor. I hope LSU takes appropriate action soon.

This set off a chorus of bellyaching from the boring leftists on Twitter, who echoed Mann’s stuck-pig screaming about how terrible it is that an elected official would be attempting to cancel him for “exercising my First Amendment rights.”

There isn’t much sense of irony in any of these people, who spend all day attempting to cancel people on the Right from jobs and businesses not funded by the taxpayers and yet demand that Mann’s taxpayer-funded six-figure sinecure be immune to any protest.

We would actually take the “free speech” objection seriously and concede there is some truth to it were it not for the utter bad faith in which it was made. We imagine Landry might, also.

But this isn’t happening in a vacuum. And it’s fairly well established that you can say things publicly which get you fired from your job because they’re so incendiary that they cast dirt on your employer.

Which brings us to Tate.

Calling the young female attorney involved a “flunky” is a crappy thing to say. It marks Mann for the unpleasant, partisan a-hole anyone who’s followed him knows that he is. Is it so offensive to a reasonable person that it should cost Mann his job?

Probably not, in a vacuum. But, again, this isn’t a vacuum, and that’s Tate’s problem.

Because no matter what regular folks might think, Tate’s audience here is Jeff Landry. And Jeff Landry has declared war on Bob Mann. Mann has provoked him before – he even called him a jackass back in January. Landry didn’t raise hell about that.

What he’s raising hell about is that Mann went after one of his people. He’s defending one of his employees who was simply doing her job before Mann attacked and demeaned her.

And Jeff Landry has a better chance as of right now than anybody else to be Louisiana’s next governor.

Mann is on Twitter bitching up a storm that LSU isn’t defending his academic freedom against Landry’s “bullying.” He might want to shut up for a second and think about the mess he’s made. As we’ve all been made to understand of late, you have the right to say whatever you want, but what you don’t have is the right to a friendly audience. And if you piss off the wrong people, there are very often consequences.

There are a whole lot of people who wanted Bob Mann fired a long time before this incident. Those people are more than happy if this is the straw that breaks the camel’s back. And some of them are big donors to LSU.

So if you’re William Tate, whose politics mostly align with Bob Mann but who’s in a much different position, this starts to become a real problem.

Tate could tell Landry to go to hell. That would make Bob Mann happy. But Tate then takes ownership of everything Bob Mann says from now on, and that isn’t a comfortable situation. It isn’t just LSU’s front office who hasn’t come to Mann’s defense so far; Mann’s fellow professors have been fairly silent as well. He’s not all that popular on that campus even if they’re his fellow Democrats, because he’s too toxic. He scares the fish away.

And if Tate aligns himself with Mann, that makes Tate toxic, too. Tate’s already known as a social justice warrior who made his academic bones writing scholarly papers based in critical race theory which essentially hold that math is racist, so if he backs Mann on this, Tate then becomes the issue. And his politics – because they’ll relate to his governance of LSU, at least in the eyes of the public – then become the story rather than the goodwill he’s just earned from his athletic director stealing away Notre Dame’s football coach.

What happens after that is everything Tate does at LSU – every faculty or administrative hire, every university policy, every bit of messaging – then gets subjected to scrutiny as potential leftist indoctrination at work. And don’t think for one second that Landry, a pretty relentless messenger and a nonstop agitator on subjects he’s interested in, won’t turn Tate and the necessity for his removal into a key issue in the 2023 gubernatorial campaign. Don’t think that won’t become a winning issue – cleaning out the nest of vipers at LSU, or maybe defunding all that indoctrination – for legislative candidates in 2023 as well.

Tate won’t have much of any freedom to run LSU like he wants to at that point. Unless he wants to cast himself as a victim of these stupid Cajuns and rednecks down here in Louisiana, the way F. King Alexander did once he’d flown the coop to Oregon State after largely ruining LSU. And if Landry wins in 2023, there won’t be any question about the limited future Tate would have in his job.

Nobody would expect Tate to fire Mann for his trashy remark, though, as happy as it might make a lot of people. What’s most likely, and what Landry would almost certainly accept, is some opprobrium or censure, or forced act of contrition on Mann’s part for attacking a young lawyer from the AG’s office for doing her job. Landry would count that as a win, and he would say that he’s at least managed to get a pound of flesh in defense of his people. Tate therefore gets to present himself as someone with whom those not of the social-justice Left might be able to do business, and as such buy a bit of freedom from scrutiny.

And Bob Mann? Well, he gets humiliated. Which isn’t so bad in the grand scheme of things.

What Mann might do, and soon, is to head all of this off by saying that yes, it was a bit unfair to attack Landry’s employee and that he regrets the collateral damage and controversy he caused. We won’t hold our breath waiting for that, even though it’s the obvious play and it avoids him being reprimanded or reeled in by LSU.

But he’s in a tough spot, because Landry’s now out to get him. And he’s spent a good long time driving people away rather than making friends. Now he’s a liability for LSU’s new president who has a whole lot more to do than spend his time cleaning up Bob Mann’s messes.

Tenured or not, we wouldn’t bet on a bomb-throwing Bob Mann sticking around LSU too much longer. And the sooner he’s off our dime, the better.