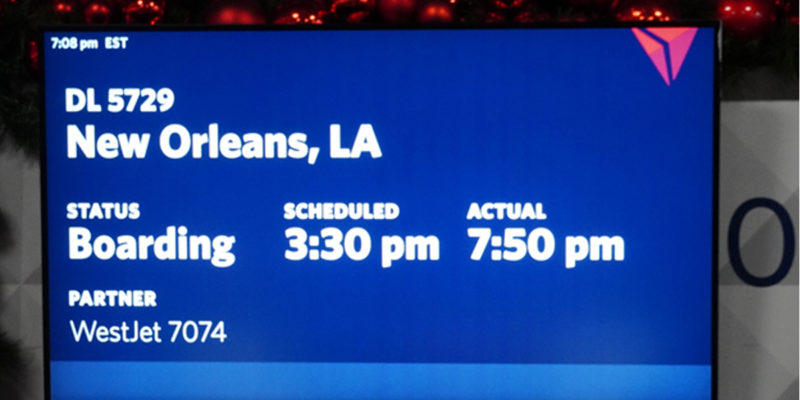 Add new Airplane Taxiways to the list of items former New Orleans Mayor Mitch Landrieu failed to disclose to the City Council when he proposed spending $600 million to move the city’s airport terminal from the south side of the runways to the north side.

Let’s remember this while we consider that Landrieu has been put in charge of a trillion dollar boondoggle infrastructure program by the Biden administration.

Oversight, or better stated “lack of oversight,” to the project was the responsibility the Transportation Committee of the City Council. Recently defeated Council Members Jared Brossett and Kristen Palmer chaired the Transportation Committee. During the seven years since Landrieu launched the project, oversight and asking tough questions to Airport Staff were avoided.

New Orleans is well known for having opened the new terminal without an access for the public, leaving most parking plus rental car facilities on the south side, and covering 32 acres of greenspace near a swamp with concrete to build the terminal. Landrieu Concrete, the family-owned government contractor which surfaces again and again from under Mitch’s “infrastructure” footprints, supplied a large portion of the concrete.

The terminal so far has cost $1.2 billion not including the state taking away over $200 million in funds from other projects to build the access road and flyover. Another $45 million is being spent to modify the taxiway to provide a safer path to the north terminal from the runways.

During the taxiway rerouting project, a piece of landing equipment known as the Instrument Landing System (ILS) is unavailable.  The ILS is a radio navigation system that provides short-range guidance to aircraft to allow them to approach a runway at night or in bad weather.

The fog event of December 7th revealed the safety vulnerability of New Orleans Airport during this time.  More than forty flights were either cancelled, delayed, or routed to Houston, Baton Rouge, or Jackson.

Landrieu’s, whose legacy as mayor of New Orleans included more than a dozen boil water advisories and frequent flooding due to clogged storm drains, is now Biden’s infrastructure coordinator for the $1.3 Trillion infrastructure package.

Landrieu is making climate change the talking point of the package. However the New Orleans’ North Terminal was not built to any environmental LEED standards as other recent airport terminals.

Interested in more news from Louisiana? We've got you covered! See More Louisiana News
Previous Article Jeff Landry Is Now Gunning For Bob Mann’s Job
Next Article You’re Going To Have To Accept The Waste Of Your Money On That Train…