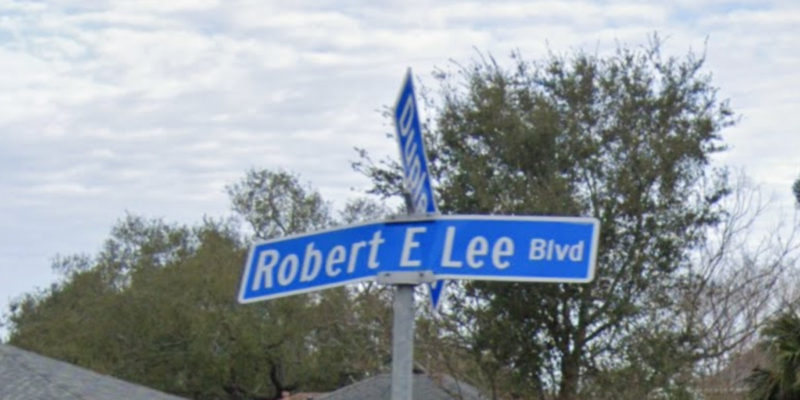 Defeated New Orleans City Council Members Jared Brossett, Cyndi Nguyen, and Kristen Palmer requested the City Planning Commission skip standard procedures to allow them to rename Robert E Lee Blvd in Council Member Joseph Giarrusso’s district before their term expires in January, proving that even rejection by the voters won’t stop the ideological assault on history to which the woke Left is committed.

Staff recommended only using the name Toussaint and to change the name of West Robert E Lee at a later time. The Italian Community wanted the Planning Commission to consider Honorary Street Names or to rename the street after Mayor Victor Schiro who lived on Robert E Lee in Lakeview. The Commission declined to hear that option.

At the end of the meeting Commissioners Catherine Witry, Robert Steeg, Kathleen Lunn, Kyle Wedberg, Jonathan Stewart, Dianne Alexander, Kelly Brown, and Missy Quigley voted to suspend the rules, not have a staff report, not contact those who live or have a business on the street, and to support renaming Robert E Lee Blvd.

The Commission also voted to extend St. Claude Avenue. There is no Saint Claude in the Catholic Church, rather Claude Treme who married a free woman of color who owned slaves. The Treme Plantation dates back to 1810. Claude not only married a freed slave who owned slaves, but also killed an enslaved man that he believed was going to rob him. The city has no plans to rename either St. Calude Ave or the Treme for their association with slavery.

Immediately after the War of the Rebellion ended, Robert E Lee advocated for ending the division in the country. In the 1830s, he was the engineer in charge of the Mississippi River Valley developing commerce between St. Louis and New Orleans. He was the first Union officer to land in Louisiana after Texas and Louisiana voted to secede.