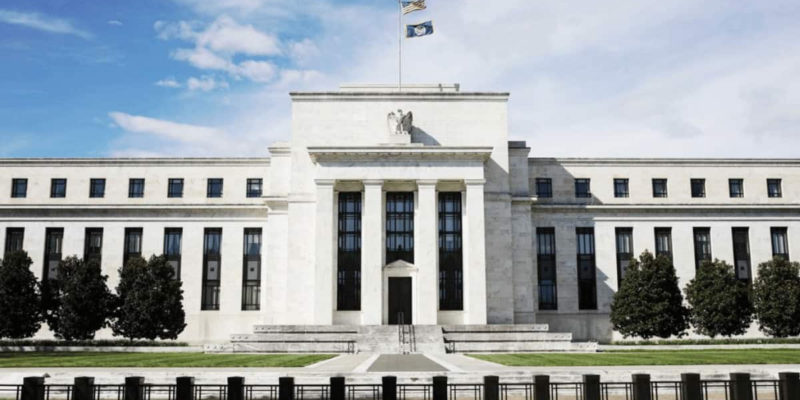 The Federal Reserve should never lose sight of the fact that its own funding—as well as the trillions of dollars in financial assets it manages—all derive from the strength and prosperity of the United State and the American taxpayer.

Many of us have heard the term “Federal Reserve” or “The Fed” but may not be certain about what it is and what its role in our government is. Some have referred to The Fed as the “bank for banks;” In simplest terms it is the central bank of the United States and it defines itself as having been created to provide the nation with a “safe, flexible and stable monetary and financial system.” It was also created to act as an independent body, not tied to any presidential administration or partisan agenda.

The Fed is comprised of the Fed Chairman and the Board of Governors who are nominated by the president (and then must be confirmed by the U.S. Senate), a rotating group of Federal Reserve Bank presidents across the country and the Federal Open Market Committee (FOMC). Its primary purpose is to keep the American economy strong—by taking steps to ensure high employment, steady and consistent economic growth, as well as controlling and moderating the effects of inflation.

How does it do these things?

Well, it has a number of financial tools at its disposal but perhaps its most important tool—and the one for which it is best known—is its ability to control interest rates, which means controlling the cost of borrowing money. This is generally how it works: the American people need to borrow money from banks which means that banks need to borrow money from some other entity. That entity is the Federal Reserve. And, when banks borrow money from The Fed, The Fed gets to determine what interest rate those borrowing banks will pay on their loans. That’s why any action The Fed takes to raise or lower interest rates affects everything we consumers need and use in our lives including things like credit cards, car loans and the mortgages on our homes.

What does this mean for our economy?

Well, The Fed’s greatest power is that, for example, if the economy is sluggish and not performing well, it lowers interest rates which tends to encourage businesses to expand and people to begin spending again because the cost of borrowing that money is now cheaper after interest rates are lowered. Conversely, if The Fed members feel the economy is growing too quickly and “overheating” in a way that causes inflation it can and will increase interest rates to slow expansion and spending thereby “cooling off” the economy.

The Fed prides itself on being independent from normal political pressure because its members serve fixed terms, it is independently funded and therefore not held reliant upon Congress for its funding, and while the power of a president to remove a member exists, it rarely ever happens.
Should The Fed be audited? It should. Why? Because as we noted above it possesses enormous power to impact the American (and thereby, global) economy and it is largely unanswerable for its actions. An audit of The Fed would not upset the current balance, but it would give the president, Congress, and the American people the opportunity to see exactly what it does. After all, it’s still funded by American tax dollars.

U.S. Senator Rand Paul introduced a bill to “Audit The Fed” that was entitled the “Federal Reserve Transparency Act.” Senator Paul’s bill would do several things, including requiring the nonpartisan, independent Government Accountability Office (GAO) to conduct a thorough audit of all transactions, deliberations, decisions, or actions regarding financial and monetary policy.

As U.S. Senator John Kennedy (LA) succinctly pointed out in a 2017 letter to The Hill newspaper:

“A few years after the 2008 financial collapse, the Government Accountability Office (GAO) got a rare opportunity to peek behind the curtain at the Federal Reserve. Although the review was limited in scope, the GAO was able to audit the agency’s emergency loan programs. What it found was troubling to say the least.

This rare audit found conflicts of interest and no-bid contracts. It also revealed that the Fed authorized $16 trillion in bailouts to businesses and banks without so much as a whisper in the Capitol hallway to Congress. Unsurprisingly, the Federal Reserve would prefer not to be audited further with any degree of substance by the GAO, especially on interest rate decisions. Yet the Federal Reserve insists its reluctance is centered on fears of political interference.

Yet, The Fed doesn’t want an auditor peeking over its shoulder as it makes decisions that will impact millions of families. Instead, The Fed is asking us to just trust that everything will work out. And we’re supposed to believe that it’s best for Congress to be blindfolded in its role as public guardian of the American economy. I don’t buy it. It’s time to audit the Fed.”

The Heritage Foundation also notes that “… the Fed has strenuously resisted providing detailed information relating to specific transactions. The Fed’s determined lack of transparency in this area has raised red flags among policymakers, leading to Freedom of Information Act filings with the Fed and proposed legislation in Congress to subject the Fed to an outside audit of its activities …” (Heritage economist, J.D. Foster, 2009).

As former U.S. Supreme Court Justice Louis Brandeis once said, “sunlight is said to be the best of disinfectants.” We are a Republic based upon our U.S. Constitution which prescribes that we govern ourselves as a representative democracy. Our form of government doesn’t allow for unchecked and unfettered power over our citizens, and this is especially so regarding an entity like The Fed which impacts so much of American life. It must be the subject of an audit that will provide transparency, accountability, and public confidence in its policy decisions.

Interested in more national news? We've got you covered! See More National News
Previous Article SCALISE & FISCHBACH: U.S. Is Ready For A World Without Roe v. Wade
Next Article BLANCO: Dear Pendejoe, Here’s What This Republican Is For