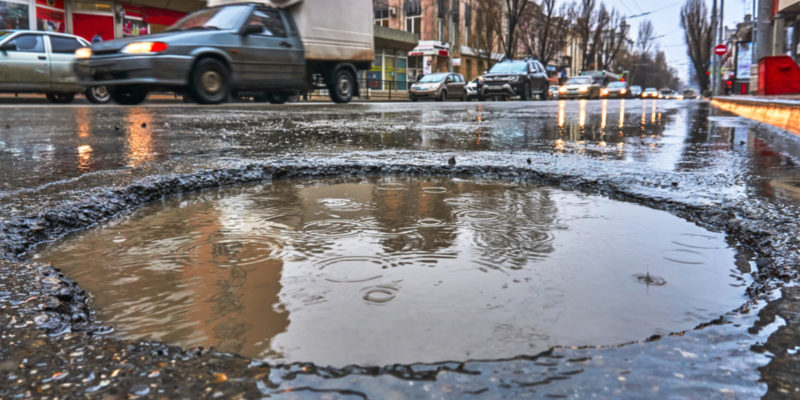 The Advocate had a remarkable story about the diminishing population of New Orleans. Not remarkable for its prose, but remarkable for the fact that they published it at all. For the first time they finally connected two of the three dots that for years I have been screaming about. The Advocate made clear that our bad economy is the under-pinning of a population out-migration, especially of the most productive of our people. What they missed was that the bad economy can be traced directly to inept leftist policies and leadership.

Simply put, a city exists and grows because there is an economic reason for it to exist and grow. The population of New Orleans peaked in the late 1960’s when oil and gas corporate jobs were booming, aerospace was rolling, and a much different port employment structure existed. In those days tourism was minor. Back then people moved to NOLA for good jobs. As the Advocate points out, today they do so because it is a cheap place to live and a cool place with plenty of government support available.

Where the Advocate dropped the ball was that they overlooked (on purpose?) the effect, our weak economy, and the cause, decades of bad political decisions made by left-wing leaders encouraged by silence from civic leaders. History proves that either our democratically-elected leaders generally had no clue how to make the city appealing to business, or worse, they did know but out of petty politics simply ignored economic laws. Their actions, unimpeded by the business community, resulted in having the effect of playing a fire hose on the dying embers of our once strong economic fire.

Making things worse, until this Advocate piece, local media of all types played a part by simply regurgitating political excuses for failure. In cities where there are highly regarded newspapers the media actually plays a role in ferreting out the underlying causes for failure. Here our media seems to just feel sorry for politicians, or perhaps they are afraid of them, but nevertheless they rarely dig any deeper than what they are told. Case in point, the Advocate notes that our economy is a major driver of population decline but doesn’t dig into why the economy is so weak.

In all the years of our economic decline no one from the media has asked why we should trust leaders who want us to believe that by doing the same things over and again we should expect better outcomes. Leaders who pry us apart with fear, jealousy, innuendo, and race baiting. The evidence of decline stares us in the face, but without challenge, whatever a favored politician had blamed it on, was what got published. After generations of decline not a word about the big picture, a simple question. If not, the policies embraced by leftist policies having resulted in a city that has been left behind as so many other demographically similar southern cities raced ahead, then what? I suppose to the politician, media silence is indeed golden.

Is there any desire to make life better for all by raising the tide of regional prosperity? Is reversing the out migration of our best and brightest a priority, even as they are replaced by those satisfied with a culture of poverty, those willing to accept our preponderance of low paying jobs?

Call it gentrification, call it unfair, call it what ever you want. But the poor of this region will never get out of their malaise until we create a place where prosperity, not woke fairness, is the goal. Sure, the middle classes and the rich will do better, but so what, the poor will too. We all do better in a place where prosperity is the rule, not the exception. A rising tide absolutely does raise all boats, but our leaders have, with the acquiescence of the media, spent generations protecting their little power bases by building levees to keep the rising tide out.

Our city leaders appear to be engaged in a race to out woke each other. If the Advocate wants to help the people of southeast Louisiana, and at the same help their own bottom line, they would do well to link all three elements of the economic/population equation, not just the two that they did in their story. They need to emphasize the connection between woke leadership and policies, to our loss of our economic growth, to our shrinking population. The damage done by that linkage is obvious when comparing the NOLA economy to that of those other southern cities.

The Advocate by its story has opened a window on an opportunity for it to promote reforms that could pull down the levees that have held back the tide of prosperity. A single story on economic decline is only of value if it is followed by deeper questions and fearless journalism.

Based on editorial history my hunch is that this will be a single remarkable event. Too bad, such a missed opportunity will haunt us as by 2030 as we will see a population, ever poorer, stagnant to lower in numbers. Political scientists will write books on the decline and fall of the once Queen City of the South, now that’s a culture that we should never be proud of, but that will be our fate if we don’t do something.

In my political days I was asked what vision I had for Louisiana. My answer was a vision that applies even more so to New Orleans. My vision was that within five years we would see a reversal of the out migration of our best and brightest, and by ten years a 25% decline in poverty. For such a vision to come to fruition, the rising tide will have lifted all economic and social classes. So, a simple vision that speaks volumes.

My vision was not too ambitious, but way too ambitious if we surrender our leadership to those with a vision of being the woke version of California in the Deep South. Why anyone could possibly believe that would be a good thing I will never know, people are decamping California, moving to the Deep South in droves!