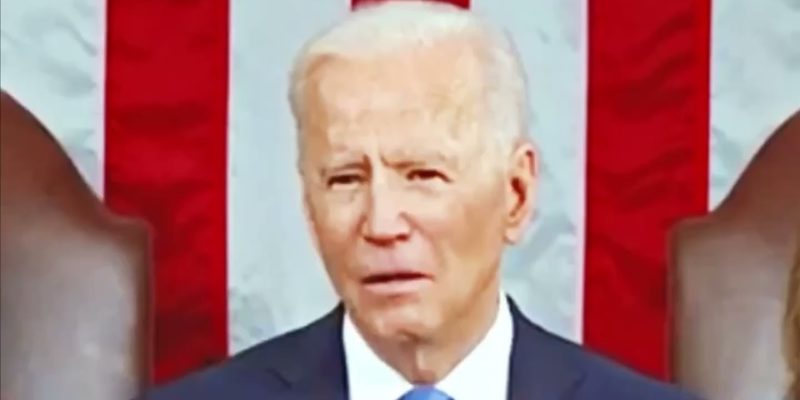 I was asked what I thought of the week so far. I could only give one answer.

“Thank you for the question, Senator. Unfortunately, I cannot answer the question because I am either incompetent, unqualified, or too stupid to answer. Any high school student is more capable than I am.”

And then I thought, I’m not any of Pendejoe’s nominees and I’m not working for Pendejoe Biden. So apparently that answer won’t work for me like it does for the people being appointed to jobs with a lot more power than I’ll ever have.

Let’s start with Quinnipiac’s latest poll showing Pendejoe down to 33% approval rating, and after this week’s performance by the Democrats, that goes to show that Pendejoe is willing to drop into the teens, maybe even the single digits. The problem for the Democrat party is the farther down Biden goes, the harder it’s going to be for the party to recover, and even the dog catcher will be anything but Democrat.

People don’t like to be lied to. Even when they are in on the lie, they don’t like to be lied to. People understand they can’t trust somebody who constantly lies, but for political reasons will tolerate some lying. Not to channel sensitive ponytail guy from the 1992 Presidential debate, but it’s kind of like parents with their children. Parents sometimes know their child(ren) are lying to them and often ignore the lies. Depending on the parent, that tolerance threshold varies.

Unfortunately, truth doesn’t like to be ignored and it will hit you in the face over and over again until you finally give it the attention it deserves. The more you ignore it, the harder it hits. As we approach the midterm elections, fewer and fewer Democrats will be ignoring the truth. This past week, some major truths were revealed to more eyes.

Let’s start with Fauci. My guess is, and this is just a guess, he’ll practice singing Endless Love or some other love ballad to express his feelings for COVID on Valentine’s Day. It’s becoming undeniable that Fauci isn’t being honest with us, he hasn’t been honest with us, and he’s intentionally misleading us. He portrays a fantasy world in which we’re all dying and only by listening to him and bowing at the altar of Fauci, may we live. But fear is fleeting and fewer and fewer people are paying attention. Even The Atlantic and CNN are beginning to acknowledge that people are no longer following the narrative. Yes, they are late to the party, though they still try to keep their feet planted in Covid. Whatever it takes to salvage Pendejoe’s administration I suppose.

That was before his Senate hearing in which Fauci and his cohorts constantly answered every question the same – “Thank you for the question, Senator, (now I’ll tell you I won’t answer it)” only to turn around and tell Senator Paul that “We are here, at a committee, to look at a virus now that has killed almost 900,000 people, and the purpose of the committee was to try to get things out and how we can help the American public and you keep coming back to personal attacks on me.”

For many people, Democrats included, vaccine mandates and accusing unvaccinated people for the virus is a very personal attack to people who haven’t been vaccinated. At this point, spinning on behalf of Fauci only works to destroy the credibility of the spin doctors.

If it weren’t enough that Biden’s ship isn’t being sunk by the iceberg called Covid, captain Pendejoe’s minions ram another iceberg called the J6 committee in which it was revealed that Ray Epps isn’t even being charged. Ray Epps, you know, the guy who was inciting violence at the capitol on January 5th through 6th, and caught on video doing so.

Here’s a guy caught on video several times encouraging people to rush into the capitol and whispering into somebody’s ear just before the same guy starts tearing down the barricade. How is this guy running around scot-free? Why isn’t AOC, being the traumatized victim that she was, demanding this ringleader prosecuted?

And for Adam Kinzinger to call Ray Epps “nothing more than an attendee” and ignore the video evidence of incitement, one has to wonder, is Nancy Pelosi feeding Kinzinger stock tips? Hey Nancy, got any stock tips for me? Maybe a pharmaceutical company that’s got some medicine that the government is going to require us to take annually? Maybe some green energy company that’s about to get a government windfall that the general public won’t know about until after you pass it? We know we “have to pass it to find out what’s in it”. I know my portfolio could use her assistance.

But has Pendejoe done anything to bring down his poll numbers?

“Thank you for the question, Senator, again, that is a question that I am either too stupid to answer or am going to lie about knowing. I’ll get that information to you sometime in the future probably long after you have given up hope of getting the answer.”

I digress. Pendejoe went to Georgia and called people who defend the filibuster George Wallace and Bull Connor. But what Biden is arguing for is to rule by decree, with a slim majority to force through any law the President wishes without having to convince people the law is good. He argues for a dictatorship.  People aren’t stupid and they understand that the filibuster is a preventative measure that allows for cooler heads to prevail. That filibuster does far more good than harm, and we have a President who can’t do anything right, do we really want him to have unfiltered power? Keep in mind that this is the same man who bragged that the Sothern part of his state was part of Dixie, was good friends with former Grand Wizard Senator Robert Byrd, and bragged about the praise George Wallace gave to Biden.

How far will Pendejoe’s approval sink?

Thank you for the question Senator. This time I really truly can’t answer. It’s not that I’m too stupid or refusing to answer because an honest answer is one the American people won’t like. It’s because I don’t know just how stupid this administration is going to get, but so far, it looks pretty damn bleak.