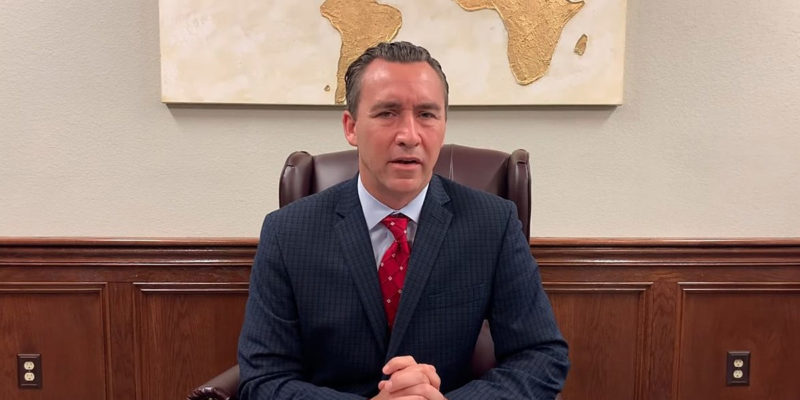 We’ve followed this case a bit, and it’s gotten a good deal of play – though yesterday it seems there wasn’t a ton of attention placed on the rejection by Jackson, a federal judge in Baton Rouge, of Spell’s lawsuit seeking damages over what’s alleged to be an unconstitutional restriction on religious worship.

Spell is the pastor of the Life Tabernacle Church in Baton Rouge, and when the COVID hysteria first hit and John Bel Edwards locked Louisiana down with respect to public gatherings and other manifestations of day-to-day life, Spell refused to close his church. That resulted in various incidences of harassment by law enforcement, and a picketing of the church by an unhinged Branch Covidian leftist who ultimately suckered Spell into an assault charge.

Spell went to court over the restrictions, alleging that they’re an infringement of the First Amendment rights of both him and his parishioners. Jackson threw out his suit because by the time he heard the case the lockdowns were over. But the Fifth Circuit reversed him, sending the case back down to Jackson for further review.

Which he did, sort of, and rendered another ruling yesterday…

A Louisiana pastor’s lawsuit over Gov. John Bel Edwards’ past COVID-19 restrictions on public gatherings was rejected for a second time Wednesday by a federal judge.

U.S. District Judge Brian Jackson in Baton Rouge said the lawsuit by Tony Spell seeking an order blocking the restrictions is moot because the restrictions expired long ago. And Jackson rejected Spell’s request for damages from state officials.

Spell garnered national attention in March 2020 when he began to flout the state’s public health order at a time when much of the country was in lockdown over the emergence of COVID-19. Louisiana was being hit especially hard at the time, but hundreds showed up to hear Spell claim that the virus was nothing to be concerned about.

Jackson first rejected the lawsuit in November 2020. The following July, a panel of the 5th U.S. Circuit Court of Appeals in New Orleans ruled that the judge should look at the case again in light of three recent Supreme Court opinions blocking some restrictions on indoor worship in New York and California. The panel stressed that it wasn’t ruling on the merits of the case.

After reviewing the case again, Jackson again dismissed the lawsuit.

“Plaintiffs’ demand for damages fails because there is not now, and never has been, a ‘clearly established’ right to unrestricted religious assembly, and at all relevant times Defendants reasonably believed that they were acting within the constitutional limits set by the Supreme Court and the Fifth Circuit,” Jackson wrote.

Spell also is fighting state charges for the violations of pandemic-related gathering limits.

There’s more to the ruling, though.  Jackson acknowledged the previous reversal of his decision, and he assumed that Spell’s side “have stated the basic elements of a Free Exercise claim.”

That matters, because it signals that Spell’s claim that his Constitutional rights had been violated when the Gov. John Bel Edwards limited church attendance more than “comparable secular activities.” Jackson’s dismissal of the case was based on the doctrine of “qualified immunity,” which protects government officials when their conduct “does not violate clearly established statutory or constitutional rights of which a reasonable person would have known.”

There will be an appeal of the ruling back to the Fifth Circuit, and it’ll be interesting to see what happens there. Because it’ll really be something if you end up with an appellate ruling that church lockdowns don’t fall within the reasonable conduct standard.

Interested in more news from Louisiana? We've got you covered! See More Louisiana News
Previous Article SADOW: Don’t Waste All Of This Federal Swag On New State Spending
Next Article VIDEO: Kennedy’s Tour De Force In The Senate This Week