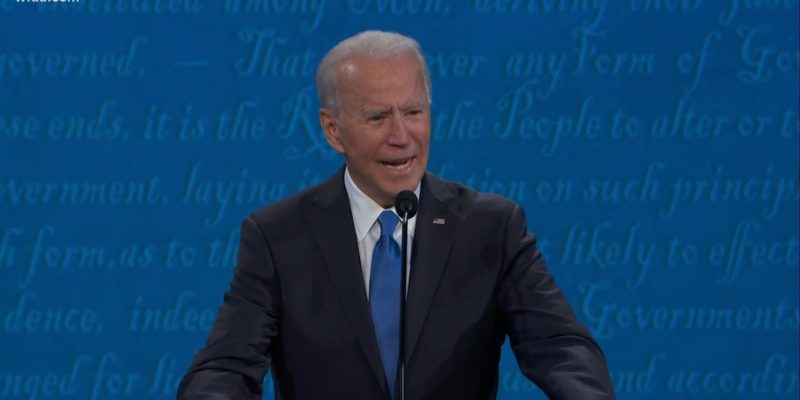 Thursday marks a full year of unified Democrat Party control of Washington, and it is difficult to imagine how President Biden, Speaker Nancy Pelosi and House Democrats could have performed worse.

As a result of their abysmal record, the American people are suffering and the Democrats are facing a once-in-a-generation political crisis of their own making: a policy and messaging nightmare.

Among their greatest gaffes from 2021: Joe Biden’s White House chief of staff quipped that inflation is only a “high-class problem,” while  hardworking families are paying more for just about everything while making less.

The White House graphics department celebrated a mere 16-cent decrease in the annual cost of a July 4th barbeque, and House Democrats boasted on social media about a 2-cent drop in gas prices before they skyrocketed again.

Many Democrats openly lament their messaging problem but seem incapable of recognizing the cause. It’s not just that their rhetoric is so far out of touch with the hardworking American people; the root cause is their far-left socialist policies.

Prices are rising because of their out-of-control government spending. Shelves are empty and services are scarce because of their mandate-driven labor shortages. Gas prices are sky-high because they have favored foreign energy over American production.

Crime is surging because of Democrats’ zeal to defund and demean police. Our southern border is in chaos because of their open-door immigration policies.

Our status on the world stage is diminished because of their catastrophic withdrawal from Afghanistan and capitulation in the face of Russian and Chinese aggression.

We could go on and on.

It is obvious why poll after poll confirms that voters are deeply concerned about House Democrats’ lack of leadership, and what that means for our economy and security. No amount of media spin can change what every American sees so plainly and feels so personally.

Though 2021 was positioned by the Trump administration and its allies to be a year of rebound and economic growth after the pandemic, Democrats in Washington ensured the opposite. In just one year, President Biden and his leaders in Congress completely squandered what they inherited, and bungled along creating new, unprecedented crises on every conceivable front.

Their proposed solutions for 2022 will make matters even worse, as they double and triple down on their foolish policies of more big government spending and control, more mandates on businesses and workers, and more roadblocks to domestic energy production. This is the very definition of insanity.

One thing is crystal clear: the solution to all this Democrat-caused chaos is not to pursue more of the same Democrat-authored policies. Since leadership from the left has yielded nothing but American decline, it is urgent that our country takes a new path.

We look forward to the fateful election cycle this year and the opportunity to present our vision to address all the greatest challenges now facing the American people.

When Republicans retake the majority in Congress, we will be ready on Day 1 to begin working to reverse the year of American decline engineered by the far left Democrat Party – and to bring about a new American revival. That day cannot get here soon enough.