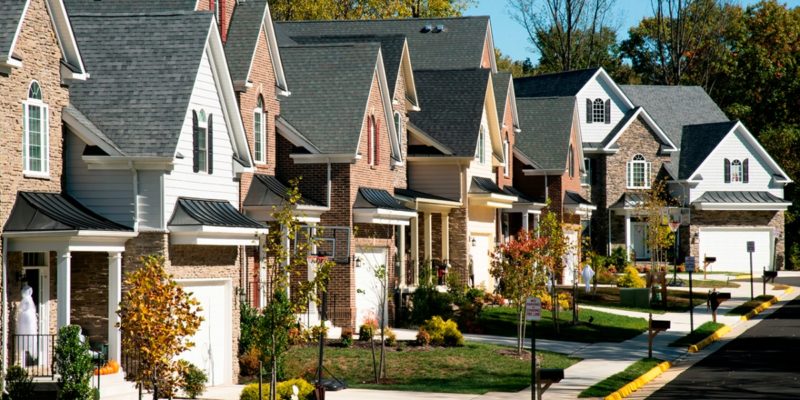 When a legislator fundamentally misunderstands the nature of property rights, he produces a bill like Republican state Rep. Paul Hollis’ HB 9.

The bill cued up for the 2022 Regular Session would negate large swaths of homeowner association rules, although no one can say for sure just how extensively because of its incredibly broad language. It would make null and void any provision of a community document which restricts a “constitutional right” of a lot owner or a person residing in a residential planned community.

He provided an explanation for its filing, calling it a response to HOAs selectively enforcing rules, essentially by getting rid of rules that don’t deal with matters such as entry, common areas, maintenance, security and the like subject to enforcement. He also said he planned on filing a bill that would allow for owner in the boundaries of an association to withdraw from it.

Theoretically, Hollis could remedy the incredibly overbroad nature of the bill – which as stands would lead to endless litigation as a blizzard of suits would hit the courts probing for all sorts of “constitutional rights” – by specifying what kinds of conduct falls outside of HOA regulation. Regardless of what these might be, the bill has a fatal philosophical flaw that in particular should make conservatives blanche.

By definition, property subject to an HOA is bought voluntarily. Presumably, the extra restrictions that come with its use – such as prohibiting walk-in businesses operating in residences that create traffic problems, disallowing keeping animals outdoors as they could create nuisances to neighbors and passers-by, or requiring maintenance of front yards for better aesthetic appearance, and the like – owners accept in order to access quality-of-life benefits not otherwise provided from regulations imposed by government. If you don’t like it, nobody puts a gun to your head and makes you buy a house or lot and ultimately live there.

This model fits neatly with American political culture rooted in Lockean notions of the fundamental right of property ownership and its voluntary-only alienation and the Tocquevillian emphasis on private association as a means of securing common goods and protecting against the state. So, if you’re a property owner under an association and you don’t like what it’s doing, whether that be the rules imposed or inconsistent enforcement of these, you have a couple of options congruent with this ethos.

Less drastically, you can change the rules, to get rid of something obnoxious or not evenly applied, by rallying your neighbors to see your side of things and use the HOA-defined process to have the rule changed. If that means only the HOA board can do this, persuade the board or, if it resists, vote its members out in favor of others amenable to your preference.

More drastically, if none of this works, sell and leave. Nobody is forcing you to stay in an environment to whose rules you once gave consent, so withdraw that consent by exiting. HOAs are not like the state, where all under its jurisdiction are assumed to give an ongoing tacit and inseparable consent that compels them to obey laws that you can try to change but cannot avoid following by detachment from the state.

The one thing you do not do when disagreeing with HOA rules is to use the power of the state to declare the very purpose of the voluntary association, to secure certain goods, invalid. This throws the baby out with the bathwater by using state power to disenfranchise others who consent to the discarded restrictions in exchange for other benefits now lost. It’s a sour grapes approach with sore losers using state power to subvert otherwise legal voluntary arrangements with which they disagree and from which nothing stops them from exiting.

Most HOA benefits disappear under HB 9, and Hollis’ promised companion bill makes the concept entirely moot. With people buying in and later deciding the rules don’t suit them or never agreeing to them at all, the dissidents become free riders on the backs of those who want to make the tradeoff, creating an environment where nobody has any incentive to pursue HOA intended benefits which then disappear.

By using the state to interfere with private voluntary arrangements pursuing ends that are legal by nature, HB 9 and anything like it deeply offends conservative principles. Such bills deserve the dustbin.