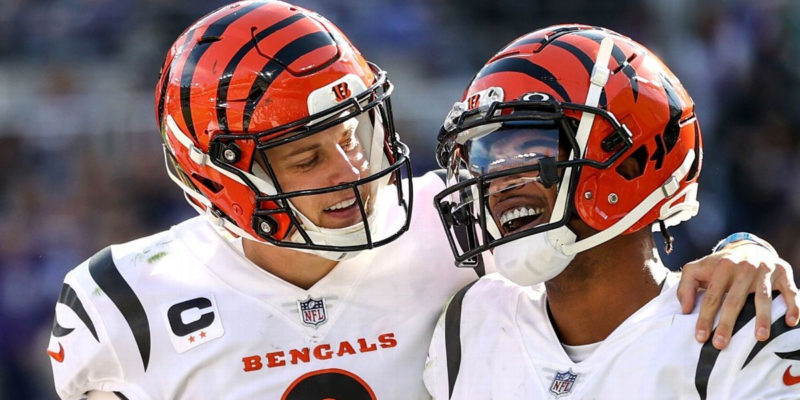 Prior to the Saints’ appearance in Super Bowl XLIV a lot of folks in the New Orleans area would cheer for what they considered to be the next best thing: whichever team was led by a Manning.

They didn’t cut it for me. While Peyton and Eli Manning grew up and played high school football in New Orleans, they both went to college out of state and neither played for the Saints.

They had their reasons and/or obligations and I didn’t begrudge them.

But I wasn’t particularly enthused either. In fact I was mostly glad Peyton and the Colts beat the Bears in 2007 out of spite for the way Saints fans were treated in Chicago in the NFC Championship Game.

In general my attitude had been if the Saints weren’t playing then I wasn’t watching.

That includes the 28-3 championship game where the Falcons melted down in spectacular fashion.

Didn’t care then but I admittedly enjoy the memes now.

I’m making an exception to this on Sunday when I hope the Cincinnati Bengals decimate the Los Angeles Rams.

First though not most importantly is the fact that the Rams, though not our most hated rival, has been a notorious villain in Saints playoff lore, being spoiler a few times.

In 1983 the New Orleans Saints were on the cusp of their first winning record and earning their first playoff appearance though those hopes were dashed when Rams kicker Mike Lansford booted a last second field goal, reportedly aiming for a “real sexy girl” in the stands.

And then there’s the infamous Nola “No Call” in the 2019 NFC Championship Game in the Superdome where Rams cornerback Nickell Robey-Coleman blatantly mugged Saints wide receiver Tommylee Lewis in a game-changing moment that incredibly didn’t draw a flag from the referee.

The Rams have proven to be a pox on the Black and Gold even in defeat, blowing a regular season game against the San Francisco 49ers that would’ve allowed the Saints to back into the postseason as a wild card this season.

Forget the Dirty Birds, Cowboys, and even the Vikings, who have bedeviled the Saints the most in the playoffs though were on the short end of the Saints’ lone conference championship.

But beyond the just disdain for the Rams there are two great reasons to pull for the Bengals and even yell “Who De…..”….I’m sorry I just can’t do that part, as Louisiana has a native son and an adopted son leading the Cincinnati offense.

Wide receiver Ja’Marr Chase played at Rummel High School and then became a breakout star under the  stately oaks of LSU.  While there was some debate as to where the Bengals should invest their 2021 first round draft pick, with nailing down a stud offensive lineman to protect their franchise quarterback being considered the unsexy yet smart pick, Cincinnati opted to reunite the Burrow-Chsse connection from Death Valley.

Chase’s 81 receptions, 1,455 receiving yards, 13 touchdowns, Pro Bowl selection, and offensive rookie of the year honors on top of the Super Bowl appearance has proven the wisdom of the Bengals’ front office call

And then there’s the Living Legend, Joe Burrow.

Though LSU has had numerous great players run under its signature H-style goal posts, none in modern program history can compare to Burrow.

It’s not just the on-field success that came in the 2019 season, winning a national championship and bagging the Heisman that same year.

Burrow brought more than incredible talent when the Ohio State graduate transferred to LSU for the 2018 season; Joe Cool brought an enthusiastic spirit that transformed the team.

Many fans point to particular instances that they consider Burrow’s defining moments at LSU.  A popular social media narrative that has made the rounds has showed the LSU on the ground during the Fiesta Bowl after being blindsided by a UCF defender that illustrated Burrow’s resilience.

Others have taken a shine to Burrow’s cigar “boss image” after winning the national championship.

For me the signature Burrow image was on Senior Day 2019, the quarterback’s final game in Death Valley.

As Burrow trotted out on to the field to a roaring crowd in Tiger Stadium he wore a specially-made “Burreaux” jersey and after greeting his family he made a point of gesturing to the “Cajun seasoned” spelling of his surname.

LSU fans had adopted the former Buckeye backup long before as their hero; but in that moment Burrow, or rather Burreaux, officially adopted Louisiana as his home and he continues to exude his love for the place that facilitated his rise to the highest level in professional football.

You simply can’t measure Joe Burrow’s greatness and what he means to Louisiana in passing yards and wins. You need to include his infectious joie de vivre as well.

Louisiana will be cheering hard for our pair of Fighting Tigers turned Bengals this Sunday, even if it means a certain discarded rotten fruit named Eli ends up with a ring as well.

Interested in more news from Louisiana? We've got you covered! See More Louisiana News
Previous Article SADOW: Louisiana Democrats All In On Litigating Their Loss
Next Article The Producer Of Gary Chambers’ Senate Ads Was Busted For Sexting A 14-Year-Old