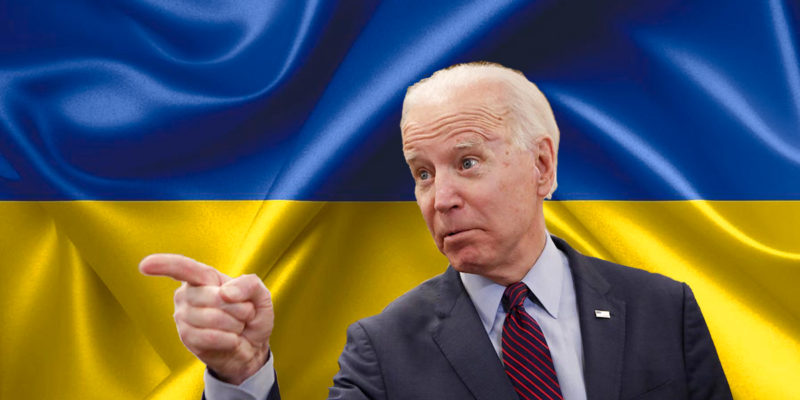 Normally a writer such as myself would trip over everything to get to a computer to placate my own ego, to declare to the world my intelligence. To proclaim that I dared to predict these things that came to pass. This is my moment to declare, “See, I told you so nyah nyah nyah!”. The only problem that I have doing that is, it doesn’t feel like I made any bold and amazing predictions. In fact, pretty much anybody could have seen these results coming. Well, almost anybody.

There are those who have an IQ so low they think “Orange man bad,” and “at least he’s not Donald Trump” are legitimate political discourse. While there are some Democrats who rise above that low level political debate, their numbers will continue to evaporate over the next three years leaving the appeal of the Democrat party to, well, the village idiots.

Let’s take a quick review of the past couple of weeks. Pendejoe’s leadership on Ukraine is confusing, so much so that only 36% of Americans support him.  Shoot, even I want to support him but I have no idea what our mission is and even if I did, why should I trust Pendejoe? After removing sanctions on Russia and approving their pipeline, Biden wants to give Putin a hard slap on the wrist of his invasion. Putin you bad boy you, keep it up and Biden might just write a strongly worded letter to your momma! Pendejoe was so right when he said “Vladimir Putin doesn’t want me to be President. He doesn’t want me to be our nominee. If you’re wondering why — it’s because I’m the only person in this field who’s ever gone toe-to-toe with him.”  The reality is, weakness begs for war and the longer Biden plays the weak hand and convoluted messages, the more war becomes inevitable. It’s becoming self-evident that Chamberlain would have been more effective than Pendejoe.

Keep in mind that Pendejoe represents the moderate wing of the Democrat party. There are extremists who would be even more total government control authoritarians such as Bernie Sanders and the Arrogantly Obtuse Congresspersons or if you prefer the AOC’s for short. This is in fact, the best the party has to offer and the party benchwarmers are worse.

It’s not much better when the Governor lives in a perpetual state of emergency. One could argue that John Bel’s extension of Covid emergencies makes sense because he’s been effective. But on a per capita, Louisiana has delivered worse results than any of the three states that border Louisiana.  On a deaths per 100,000, Louisiana sat at .8, with Arkansas at .78, Mississippi .77, and Texas .64. In other words, John Bel’s policies on covid failed to deliver results and at this point is either obsessed with his power or he governs with cowardice. It’s due to the latter that I from this point forward will refer to the governor as John Bed Wetter. I mean, come on man, he was even scared to hold the State Police accountable for fear it would affect his re-election campaign. What’s that five letter word for a cat?

The Democrat party has become so focused on their message and negligent of their policies, that they have put their stake in the ground, laid claim to the vast wasteland they stand and are mining for little golden nuggets of stupidity. Eureka! before you know it there’s an endless stream of golden stupid nuggets coming out of the Democrat party.

When it comes to stupidity in people, once you see it, you can’t unsee it. And as more and more people see something outrageously stupid coming from the Democrat party, everything else becomes much more easily recognizable and the results are so predictable that only village idiots won’t recognize the results. Here’s a few.

Soft on crime, increased crime rates, and no, Batman does not show up.

Excusing violent protestors while using the federal government to target people who disagree with the administration’s positions in a peaceful matter means your right to protest only exists as long as it is the pro-government position.

Trying to get “white rage” out of the military and forcing troops out of service if they don’t get vaccinated weakens our military and encourages war. And quite frankly, I don’t know any minority who complains that the military is too white nowadays.

Those are just a few of the examples and the Democrats will surely dig up a few more golden stupid nuggets for our enjoyment over the next week or two.

The problem again goes back to once you see it, you can’t unsee it. This past week I was speaking with a black lady just in conversation. Somehow the subject got onto Pendejoe Biden to which she quickly volunteered “I’m so past him. I voted for him but uggh.” The short conversation on Biden quickly revealed that we agreed that the black community can be abandoning the Democrat party in the near future. It was clear that none of her family or friends liked Biden or the direction the Democrat party is going.

While that last example is purely anecdotal, it is my hope the Democrats write it off and continue to go down the path that it is going. As for Republican candidates, speak common sense to everybody, you’ve got 80-90% willing to listen, speak to all and appeal to their common sense..