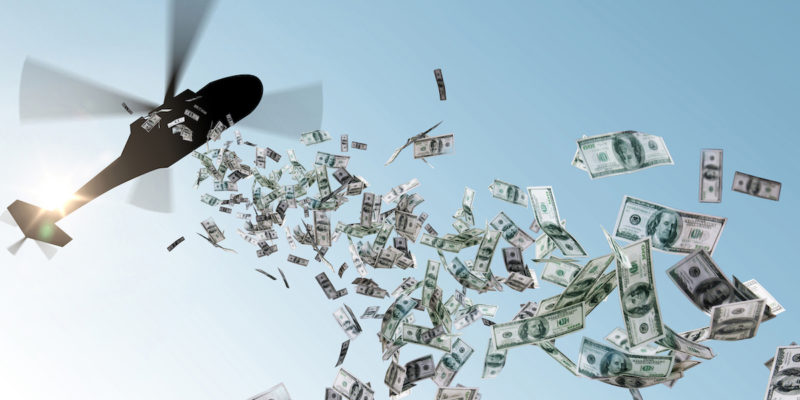 Now isn’t the time for Louisiana to blow another bounty, a sentiment that must triumph in the upcoming regular session of the Legislature in the face of yet another temptation.

All this extra dough has Democrat Gov. John Bel Edwards and his minority legislative party salivating to go on a spending spree, an unwise proposition given large one-time expenditures that loom within the next couple of years, plus that not long after the sales tax hike engineered by Edwards in his first term will roll off the books. The GOP majority party in the Legislature would do best to make few, if any, new commitments in order to prepare for these fiscal realities.

But now another bonus, again courtesy of policy-making choices by the Democrat Pres. Joe Biden Administration that ironically inflict pain on most of the remainder of the country, has come to entice drunken sailor spending by Louisiana politicians. Oil prices have surged since late last year as the impact has accumulated of restrictive Biden Administration policies on fossil fuels and Democrats’ success (aided by a few Republicans such as Sen. Bill Cassidy) in earmarking frivolous spending on subsidization of alternatives to it that signal a coming supply crunch. Then, prices became supercharged with the Russian invasion of the Ukraine and now Biden’s decision to block importation of Russian crude, which makes the formal avoidance strategies taken by a number of domestic refiners.

West Texas Intermediate may not stay at $130 a barrel, but if it’s in the ballpark Louisiana stands to reap a huge windfall. Last month’s Revenue Estimating Conference forecast for the current fiscal year 2022 set the price at $68.62 and for FY23 at $64.43. It would not surprise to see oil, which at this writing was bouncing around the $125 level, stay there well into next year.

If so, the extra cash flowing into state coffers would be enormous. Each of the years the REC accepted a forecast of around $400 million in severance taxes. At the above forecast price, proportionally that would jump to $109 million more this year and $376 million more in FY23. While this year’s only could go towards one-time expenditures, if the REC met prior to passage and enactment of the FY23 operating budget, with a forecast at that level it could capture the entire amount for current year spending starting after Jun. 30.

And, the elevated price would have a knock-on effect boosting other state tax revenues given the prominence the energy sector plays in the state economy, although the recessionary pressures such a high price would induce likely would cancel that, if not exceed it, from declines in revenue sources from other depressed economic activity. With that economic retrenchment a growing possibility – already the highest price inflationary levels in decades serve as a canary in the coal mine that this will happen – it becomes more imperative that policy-makers not blow the bonus on current spending.

Moves are afoot contrary to this. For example, perhaps sensing the coming windfall, SB 49 by GOP state Sen. Rick Ward would amend the Constitution to toss a greater portion of severance tax dollars to parishes.

Much better to deal with this and other surplus dollars – particularly the federal aid can substitute for state money for certain functions, freeing up that cash for deployment elsewhere – are ideas like SB 56 by Republican state Sen. Bodi White or SB 321 by Republican state Sen. Heather Cloud that create holding tanks for these for use in future years that could provide valuable backstops for revenue hits (and avoid the requirement otherwise that excess money either go to one-time items or into the Budget Stabilization Fund, which can serve the same purpose but only under limited amounts and circumstances). Or, another approach comes from SB 375 by GOP state Sen. Barrow Peacock, which weans the state off the expiring sales tax increase by shunting growing portions to highways until the tax’s expiration, an approach so far rejected but whose time has come.

The repeated cycle of the state in flush times adding all sorts of new and often unneeded spending commitments has forced it into a boom-or-bust rhythm that prompts fiscal crises every few years that not only thwart right-sizing of state government but also spur tax increases that keep the state economically underdeveloped and more attuned to welfare provision than enabling individuals to prosper. It’s past time to set the stage to break that cycle by handling the oil windfall taxes, and other fiscal largesse, correctly.

Interested in more news from Louisiana? We've got you covered! See More Louisiana News
Previous Article BATISTE: Louisiana’s Questionable Reporting Of COVID Deaths Among Children
Next Article Contra The Morons At The Advocate, There Is No Virtue In High Gas Prices