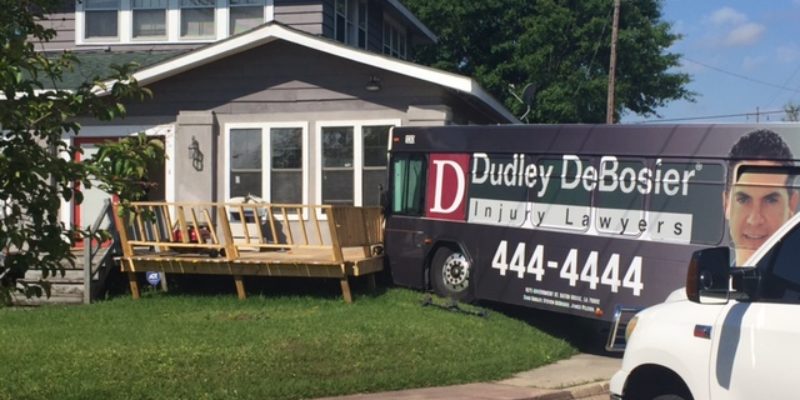 Yes, that sounds crazy. But is it wrong? After all, Bill Deville gets to keep his job despite credible allegations of $5 million “going missing,” among lots of other evidence of maladministration.

The Capital Area Transit System board took no action this week after a closed-door executive session to assess “the character, professional competence, or physical or mental health” of CEO Bill Deville.

CATS officials say they are reviewing accusations by former system policy coordinator Elijah Pipersburg of financial mismanagement, including allegations of “shady activities” involving the hiring of a new insurance broker. Pipersburg shared his accusations by email with the CATS board and numerous local public officials.

“In recent days, CATS has been the subject of various and unsubstantiated allegations,” Theo Richards, the system’s business development director, says by email. “CATS Leadership is reviewing these claims with all seriousness because of our vow to be good stewards of taxpayer funds. The initial review is that these allegations are without merit.”

Richards says the discussion of Deville’s competence this week was part of an annual evaluation. Pipersburg sent his email after the agenda was posted.

CATS last fall addressed complaints about the possible misuse of funds. Deville called the accusations “without merit” based on his initial review.

The system subsequently parted ways with Chief Administrative Officer Pearlina Thomas, after audio surfaced in which she claimed $5 million was missing from the agency. Thomas said the incident involved a poor choice of words, and that there was not $5 million missing.

This business of CATS and its function as a slush fund for every crooked politician in Baton Rouge to dip his or her scummy fingers into has been going on for a long time, ever since a rigged vote established a hosepipe from the wallets of the city’s taxpayers into a bureaucratic black hole of an organization which runs empty buses failing to meet schedules all across town.

Attempts have been made to impose accountability on CATS, but they’ve always failed. The crooks know all they have to do is wait out the reformers, who will soon grow tired, get discouraged and go away. And when those mice are away, the CATS will play again.

The voters had an opportunity to impose some accountability on the bus system by refusing to renew the tax which overfunds it. Demographics ruled, and that opportunity was missed last year.

For what CATS spends per rider, the city-parish could give out free Uber or Lyft accounts to East Baton Rouge’s poor and have lots of money left over. But that wouldn’t be the graft engine an old-school bus system is. So just relax and enjoy those garish monstrosities as they lumber around town, sans passengers, spangled in phone numbers for personal injury lawyers. They represent a massive investment of your tax dollars in the accountability-free financial prosperity of Bill Deville and his cronies.

Your only escape is a geographical one. Choose accordingly.