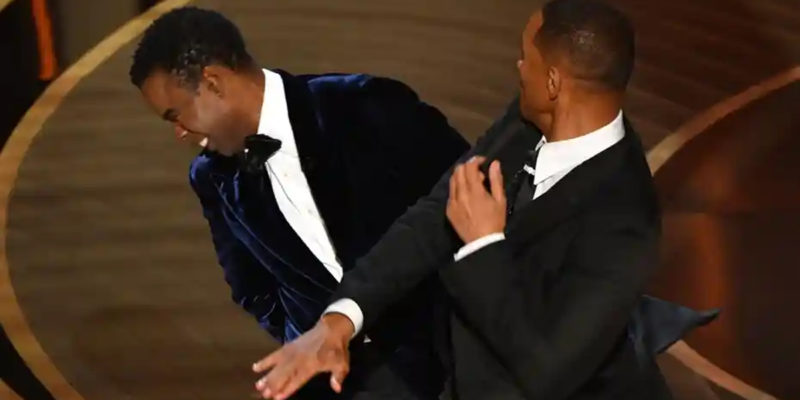 If you were like me, you were sick of hearing about Will Smith slapping Chris Rock during the Oscars before lunch time. I heard the speculation that it was staged and the many different angles and I kept coming back with the same response… “Who cares?”

Apparently everybody did care, but I just couldn’t bring myself to do it. My first impression was that most people loved the idea that Will Smith stood up for his wife, but for me, something wasn’t sitting right. I thought to myself this would come back to haunt Will Smith.

I didn’t expect the professional hits that he took since the Oscars such as losing movie deals and being kicked out of the Oscars. I didn’t expect it to carry as much blowback as he ended up receiving. I didn’t expect his personal life to come to the forefront like it did. I wouldn’t have cared that his wife has a boyfriend or even if Will had one on the side. It’s not my business to decide for other people how they should or should not be happy. What came to light for me was that Will’s wife regularly humiliates him and he won’t stand up for himself. There was even a joke about it that proceeded the Chris Rock joke.

Will Smith’s actions at the Oscars inadvertently pulled back the curtain on the Smith family and for me personally, I lost all respect for Will Smith. I don’t like him as an actor now, I don’t respect him as a man. That family is a train wreck and it’s visible for the whole world to see.

Such is the state of the average Democrat voter now. The moderates, independents, and traditional common-sense Democrats are at a point now where they can no longer avoid the stupidity of the Democrat party. It was stupid enough to think that a man can give birth or that your gender is one in a million, but that stupidity is now going to affect women’s athletic scholarships and women’s education. What’s the next stupid thing we should expect the Democrats to demand? That doctors run prostate exams on women and ovarian health for men?

Parents want to send their children to school to learn how to read, write, and do arithmetic and now find out that instead of learning basic skills, they have to look out for some adult perverts in the classroom who are obsessed with talking about their sex life with children? And the Democrat party is okay with this?

On the border, Pendejoe’s administration wants to remove Title 42 which currently allows border patrol to send back COVID positive immigrants. The only reason to do this is if you’re intentionally trying to prolong the pandemic. But border security doesn’t exist and the Democrats are perfectly okay with letting everybody in… including terrorists, Chinese spies, people with Ebola, murderers, rapists, Russian hackers. You name it, Democrats look at every single person coming across the border as somebody who should be welcomed into our country. More stupidity.

And let’s not forget how the left tried to sell us stupidity when it comes to free speech, the Democrats have taken the Nazi approach, protecting your speech by denying you the right to read want you want, to say want you want, and to believe what you want. The only speech they want allowed is speech that agrees and approves of their stupidity and most people understand that freedom isn’t about getting permission from left wingers. Elon Musk’s attempt to purchase fanning the fumes of Twitter really brought the despotic flies out to show who they really are.

With each act of stupidity the Democrat party endorses, the harder it becomes to ignore their stupidity in other areas such as oil production and their lack of knowledge when it comes to crude oil. They cite the same facts, but none can explain the cracking process.  This is a party that endorses criminals, putting D.A.’s and Judges into position who will refuse to punish criminals. This is a party that thinks the average person is stupid, yet remains willing to stay mired in their own inanities while calling themselves MENSA.

Democrats who continue to openly support such stupidity are really going to find themselves in a very small minority, one in which nobody wants around, that nobody respects, and that nobody else will listen too.