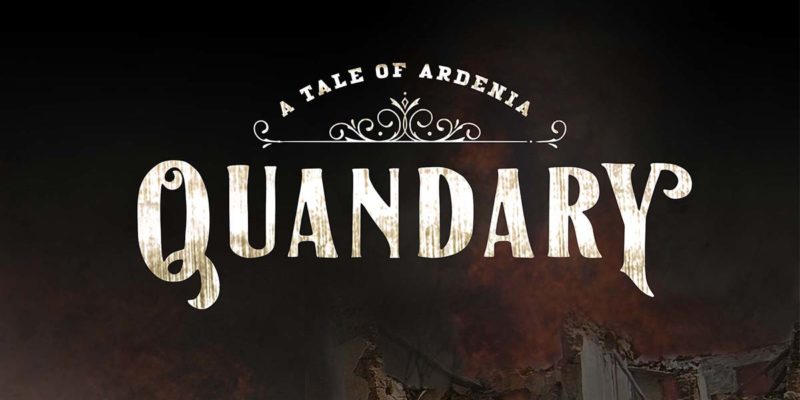 Here’s an announcement for those of you who have been readers of the Tales of Ardenia novels: the fourth book in the series, Quandary, is now available at Amazon. The Kindle version is $9.95, and the paperback version is $22.95. 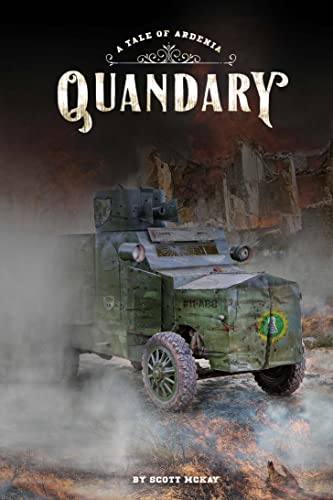 If you’ve been reading the Tales of Ardenia books you’ve been waiting for this one. I’ve managed to crank out one of these per year since Animus made its debut in the summer of 2019, and Quandary, at least for now, completes the series.

I probably would have had it out sooner but for the fact that last fall, just as I was finishing the first draft of Quandary, Bombardier Books contracted me to write The Revivalist Manifesto, which isn’t a novel. It’s a political book due out right after Memorial Day.  So Quandary’s rewrites went on hold for a bit while I was working on The Revivalist Manifesto, and now I’ll have two books coming out in the space of about two months.

It isn’t easy to monetize a novel, but after writing these four books I can recommend that every writer should produce one at least once during a career. You learn things from writing a novel that you can’t learn from other kinds of writing.

You teach yourself a lot as a novelist. There is all the research you do, and the mountain of otherwise-useless knowledge you acquire, in attempting to make your story believable. But you also learn a great deal of empathy, because each character has a voice, and it’s your responsibility to make that voice authentic and distinct. Your audience and your readers can spot the wooden and the insincere far away from the pages on which it lives, so your characters have to be human in every form other than flesh. Your work pays a terrible price if you fail in that charge.

Hopefully, if you’ve read the books you’ll judge that Sarah and Will and Torgun and Anth’an, and Dees and Rebecca and Hank and Piety and Sebastian, satisfy the requirements of authenticity.

And if you’re doing your job well as a novelist you’ll also spend much time and energy exploring your own philosophy. Because you cannot write a story worth reading if that story doesn’t expose your view of life and the world. If you can communicate that without it being preachy or overwhelming, you might persuade and influence the reader while entertaining him or her. The Tales of Ardenia books aren’t expressly political; while there’s a lot of politics in them they’re almost explicitly anti-political books. You’ll notice the scummiest characters are the ones who deal in power over their fellow men, and that isn’t an accident.

It’s been probably the most fun I’ve ever had in my life writing these books. Those of you who have read Animus, Perdition and Retribution have told me it’s been a fun experience reading them, and that’s deeply gratifying. I’m almost feeling a sense of loss at this point knowing that, at least for now, absent some commercial imperative which takes hold, I don’t have any more tales to tell of the Ardenians.

Which isn’t to say I’m done as a novelist. I’ll come back to it again at some point. It’s too much fun not to.

Grab yourself a copy of Quandary. You can enjoy it without having read the first three. I’m going to guess you’ll eventually want to pick up all four, though – the Ardenians will capture your imagination just as they did mine.