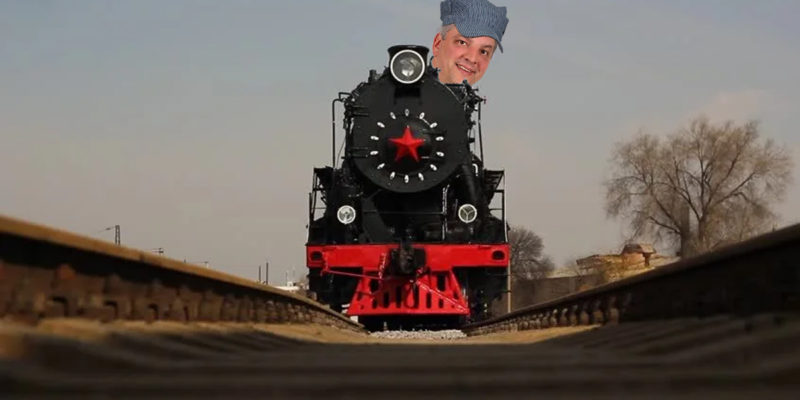 Signs began last year that a Republican-led Legislature would defy Edwards’ leftist elite cultural views as well as attenuating his agenda to grow government. It sent several bills to his desk, most prominently one that would require that biological females only compete in scholastic and college athletic events restricted to females, that curtailed leftist cultural inroads, as well as held back some debt-fueled federal dollars rained on the state by Democrat-led Washington.

Edwards accepted the slimmer budget but vetoed several measures. However, Republicans triggered the first veto session in state history and nearly overturned the veto of the fairness bill. Then they took the next step earlier this year when they forced reapportionment packages onto Edwards, who felt he had enough power only to veto that for Congress because it included just one majority-minority district instead of two, only to have another veto session called where legislators overrode this, the first such success ever.

And as the budget process has progressed, the GOP legislative leadership continues to defy Edwards. Once again, although accepting a chunk of his new spending, they plan on holding back some of the largesse from Washington for potential future needs against his wishes and jettisoned some of his wishes, such as increasing supplemental pay for local first responders.

Another item they deep-sixed was $25 million for the state to upgrade railways for high-speed passenger service between Baton Rouge and New Orleans. Although for a tenth of that over three years the state could reestablish Amtrak service, Edwards’ desire for high-speed rail would cost over ten times that just to upgrade the route, and then subsequently the state would have to chip in several million dollars a year in subsides just to move at most a few hundred people a day along the route.

It’s a ludicrous waste of money which naturally escapes Edwards, who obtusely insists that the state ought to throw away $25 million and submit to the operating subsidies in the short run because Interstate 10 expansion over the next few years will make that corridor more clogged, oblivious to the fact the few cars taken off the road for that reason are but a drop in an ocean of traffic. No doubt he’ll also pitch the idea as some kind of palliative to carbon dioxide generation at the heart of his climate alarmism faith, ignorant to the fact that worldwide these gasses will continue to increase in volume for decades to come, rendering any microscopic reduction at huge cost through high-speed rail in this corridor as another drop in another ocean.

To compound his silliness, Wednesday he took a demonstration train ride along the route expected to last three hours – which even under bad traffic conditions car or bus travel would beat and considerably so – after having commented that legislative failure to throw away the $25 million was “another thing the Legislature is a little misguided on right now with its priorities.”

What other “thing” he appeared to refer to there was the Legislature’s reboot of the fairness bill, which cruised through the Senate earlier in the week with about the same ease as last year’s practically identical version. According to him, it’s not something that is a priority as it’s not an issue “that people are actually talking about around their supper table.”

Perhaps at the Governor’s Mansion during the nightly taxpayer-supplied ostentatious meals the Edwards clan may bemoan how racist America is, or may shudder at the coming climate apocalypse, or may curse Russian President Vladimir Putin for causing inflation, but real families in the real world with real concerns actually living in reality do talk about fairness in women’s sports (even female athletes who once were male who decry allowing biological males terming themselves females competing against biological females) over dinner, including in my household and several others about which I know. There’s nothing “mean-spirited,” as Edwards alleges such measures to be, about letting ideology crush the achievement hopes of girls and women and to subject them to humiliating scenes of male anatomy flaunted at them in their own locker rooms.

Going the extra mile to show just how disconnected he is to real people in the real world, Edwards trotted out demonstrably false assertions designed to knock the bill, versions of which are now law in a half-dozen states with many more on the way. He claimed it wasn’t needed because no biological male had tried to compete in a female event in Louisiana, but as it has happened elsewhere at collegiate championship events there’s nothing special immunizing Louisiana from having that occur on its campuses. He also argued that the National Collegiate Athletics Association might well embargo championship events from being held in states with that law, but it did nothing of the sort last year such as at Division I softball regional and superregional sites, and has made no move to do so with the Women’s College World Series in Oklahoma City starting next month, where recently Oklahoma enacted a similar law.

Recognize these remarks as part of a defensive campaign to prevent such a bill from hitting his desk again. Because it will, and likely this time his veto won’t hold, which is why when asked he wouldn’t commit to vetoing it as that would deplete his political capital even more rapidly than it erodes now.

Thus, Louisiana must endure a governor rapidly deteriorating into a sniveling nabob of negativity with little ability even to set an agenda for the state to follow, much less to enact it. As his political decline accelerates, the question remaining is how long it will take for his whining to turn into groveling to have any of his top priorities made into policy.

Interested in more news from Louisiana? We've got you covered! See More Louisiana News
Previous Article The Washington Examiner’s Editors Might Have Just Lost Their Minds
Next Article NOPD’s Consent Decree Could Be Expiring Soon, And It’s About Time