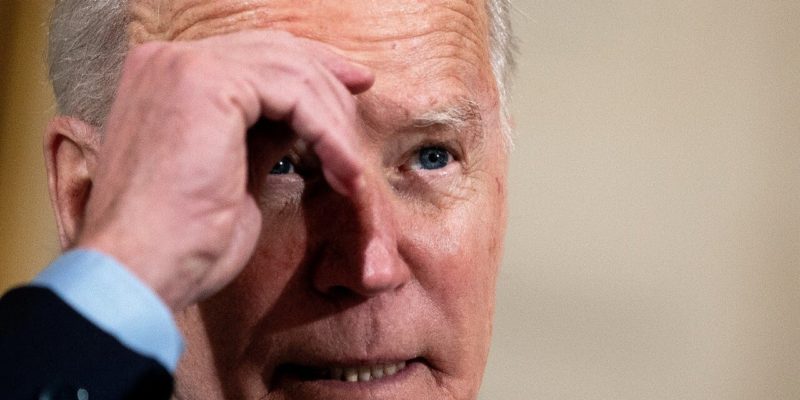 The British prime minister, the leader of the European Commission, and the presidents of Poland, Estonia, Latvia, and Lithuania have all visited Kyiv in recent days. They did so to let Ukrainians know that the West sympathizes with their sacrifices and suffering and to assure them of the West’s continued military and economic support. They wanted to show that freedom matters to them. President Joe Biden, however, has not yet been to the Ukrainian capital. His absence has not gone unnoticed around the world.

While there are legitimate security concerns over any possible presidential visit to Ukraine, they do not justify Biden’s avoidance of such a trip. The leader of the free world must be a witness to the most important battle for the future of the free world.

The symbolism of Biden’s arrival in Kyiv would be huge. Meeting with President Volodymyr Zelensky and average Ukrainians alike, Biden could pledge continued American support for their courageous resistance, condemn President Vladimir Putin’s vicious aggression, and deliver a landmark address on freedom in the 21st century.

As his poll numbers sag, one would think that Biden would jump at this opportunity. The sight of the president leading from the front would surely play well with voters. Of course, any trip to Ukraine would pursue an ambition far more important than higher poll numbers.

Not no, but hell no.

Has anybody at the Washington Examiner been paying attention to Joe Biden of late? Did they miss the White House Easter Egg Roll over the weekend?

This is not a show you want to bring to a war zone.

When you have to have staffers dressed up as the Easter Bunny to chase Biden off before he says something stupid about foreign policy and does more damage, it’s not a condition which augurs toward big public moments.

He’s trying to shake hands with thin air. This was a week ago. Twice in a week we’ve seen evidence of what Biden has become and what his capabilities are and what the White House believes they have on their hands.

Let’s also not forget that it wasn’t very long ago Biden was next door to Ukraine, and the things which came out of his mouth just about sucked us into a war.

Sure, if we had a functional adult who wasn’t suffering from senile dementia and had lost possession of his mental faculties, this would be a good opportunity to strike a defiant blow and signal that Russia is spinning its wheels in Ukraine, and that escalation of its attempts at conquest there wouldn’t produce results.

But we don’t have that.

We’ve never had that with Biden, to be honest. This is the guy Robert Gates said had been wrong about every foreign policy issue on the radar for 40 years, and that was before Joe Biden lost his mind.

Maybe the Examiner is trolling the Biden White House by demanding they send this addlepate old man to Kyiv to embarrass America and create further foreign policy crisis. Perhaps the demand is calibrated to smoke out an admission that Joe Biden isn’t capable to going there and being presidential.

But right now, it isn’t even a good idea to pick that fight. What’s needed is a consensus that we don’t want to see Joe Biden in public ever again. We want his presidential term to end with no more public displays of senility.

Joe Biden is now America’s crazy uncle in the basement. He needs to stay there. And the Examiner’s editors don’t need to be making things worse by demanding he act as our president when he isn’t capable of it.