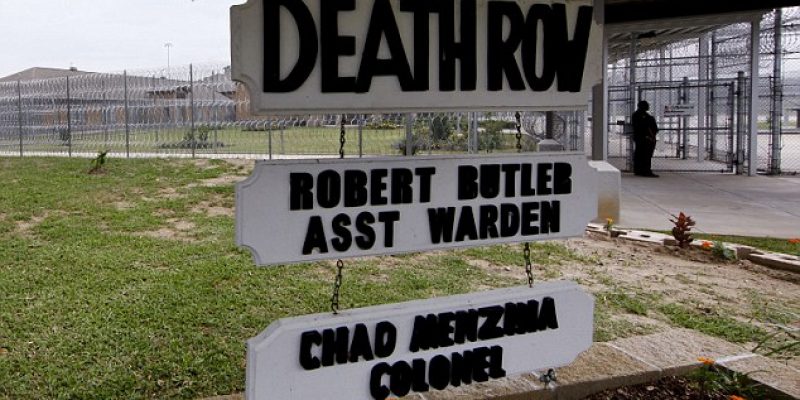 Our readers probably have some recollection of a fight from a few years ago between Louisiana Attorney General Jeff Landry and the state’s governor John Bel Edwards over capital punishment. The long and short of the debate boils down to an excuse: Edwards claimed that Louisiana was incapable of carrying out death sentences for the state’s most heinous criminals because drug companies wouldn’t sell the Louisiana Department of Corrections the fatal cocktail of pharmaceuticals used in the lethal injections the state has decided upon to carry out executions.

And there was a lawsuit on that subject winding its way through the courts.

But that lawsuit is no more, and the debate is on. From a release Landry’s office put out yesterday…

Yesterday afternoon, a federal judge in Louisiana dismissed a lawsuit challenging the constitutionality of the State’s execution methods. In response to this ruling in Hoffman v. Jindal, Attorney General Jeff Landry issued the following statement:

“The pursuit of justice for the victims of our State’s most heinous crimes is no longer restricted by Hoffman legal obstacles. Now, the Legislature may act to fulfill the promises our State has made to those crime victims and remove any other obstacles to carrying out the sentences imposed and affirmed by the courts.

Louisiana has the ability to join neighboring states like Texas, Mississippi, Alabama, and Missouri in carrying out long-awaited justice for crime victims and their frustrated families. I reaffirm my pledge to work with our legislators to find a way to swiftly honor the commitments our State made to those victim families. Our criminal justice system, the rule of law, and the rights of victims are too important to delay executions any longer.”

In 2018, Attorney General Landry drafted proposed legislation that would expand the methods of execution and expand confidentiality protections – tracking changes made by other states who hold victims’ rights sacrosanct. This year – Alabama, Mississippi, Missouri, Oklahoma, and Texas have enforced their death penalty laws. In 2020 – Alabama, Georgia, Missouri, Tennessee, and Texas did the same.

Everything about this debate is instructive of how government is done in Louisiana, you know.

Edwards’ position on the fact that Louisiana hasn’t executed any of its condemned prisoners since 2010 is “I can’t.” He says that because the woke drug companies won’t sell the state the elements of the fatal pharmaceutical cocktail, his hands are tied.

Evidence lockers in every sheriff’s office in Louisiana contain lethal amounts of fentanyl. The idea that you can’t execute the condemned because you don’t have anything to do it with is utter nonsense. Just give these guys a fentanyl overdose and they’ll go the way tens of thousands of Americans who haven’t committed the kinds of crimes which get you a death sentence have gone over the past year.

The fact is, John Bel Edwards is a Democrat who opposes the death penalty, something which puts him in a distinct minority, and he’s sticking his thumb in the eye of Louisiana’s citizenry on the issue while at the same time lying about his position.

In this, Edwards is the perfect avatar for Louisiana’s public sector, which does nothing but hide the ball from its people. Politicians and bureaucrats in this state lie with abandon about their capabilities, making excuses for churlishness and laziness. You see it from LSU president Bill Tate’s fraudulent use of “academic freedom” as a dodge for not reining in the offensive insults of Bob Mann, the university’s journalism school chair, on his Twitter, to the unhinged screeching of the public health bureaucrats on matters involving COVID, to the excuse-making of its various infrastructure bureaucrats for their inability to get things built on time.

Everything is a grift. It’s all about lowering expectations to the point of learned helplessness among the citizenry.

Landry’s office has already drafted legislation to break up this logjam. Nobody has acted on it.

Here’s hoping someone in the Legislature will take up this issue and push a bill mandating a reinstatement of executions in the state of Louisiana – not so much because we’re anxious to kill prisoners on Death Row but because capital punishment is the law of the land and it’s obscene to watch that law not being faithfully applied as instructed by judges and juries. If John Bel Edwards wants to veto that bill, let him – and at least he won’t be able to hide from us anymore.