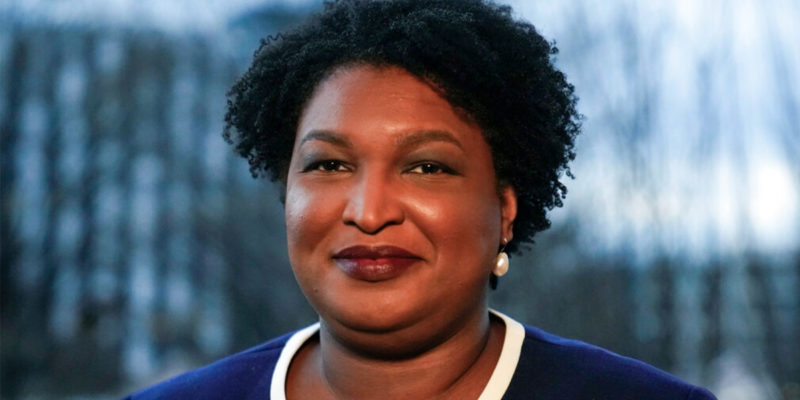 Stacy Abrams may have ended her political career when she told her voters and the nation that Georgia was a good place for business but was a terrible place to live. But in doing so she may have shown us here in Louisiana a path to reverse our fate.

Let me offer a lifeline to Georgians, Louisiana is GREAT place to live even though we desperately need leadership with vision and courage to end the scourge of generations of lost opportunity. Louisiana possesses more natural and manmade resources than almost any other southern state and, though decades ago we let Atlanta steal our economic thunder, we want to get it back. You see, we know that only growth and prosperity offers a solution to all of our social problems. We understand that what originally changed Atlanta from a small town was the energy of her citizens in their belief that Americans prosper when freedom prevails, and capitalism is encouraged. We understand that Atlanta, using these ideals, became a corporate powerhouse to the detriment of New Orleans, and now we want to play by Atlanta’s rules to get that back.

For decades we have watched as dynamic people departed our communities to find better economic opportunities elsewhere. And we recognize that when they left, they created a void in leadership and ideas breeding a loss of confidence in ourselves. But we want to end that, and you can help us. As cities such as Atlanta start to succumb to the social ills wrought by progressivism, we offer you a clean slate to come to Louisiana and help us start over. And we extend that invitation to all other like-minded people who live in states where the tipping point to neo-socialism has been exceeded, places where one’s innate abilities are subjugated to the power of an over-arching government

With the assumption of a robust nation, like a great pendulum, the prospects of states go from strong to weak. We have been though our weak cycle and now we recognize that either we surrender to indomitable insignificance, or we make dramatic change that will recapture our place in the sun. By recognizing that truth we open the door to change.

In order to create a high performing state, we need new energy, new ideas, and new fervor. In particular we want so badly for our own people, Louisiana people who left because our state refused to accept the precepts of pro-growth and prosperity, to come home and to bring what good they learned in places like Atlanta, Houston, and Austin. Come home and bring their fire with them. Help us cast out the lethargy that leadership based on fear and jealousy has embedded in our people and show us how prosperity can overcome poverty and ignorance. Show us the power of the America way.

In the end we fully expect that historians will write that while the 21st century belonged to Georgia and the rest of the New South, the 22nd century belonged to Louisiana, a state that adopted the positive lessons from its neighbors, built on them, and became a social-economic miracle. With the help of new ideas all things are possible.

Yes Georgia, Louisiana is a GREAT place to live, help us make it a great place to prosper.