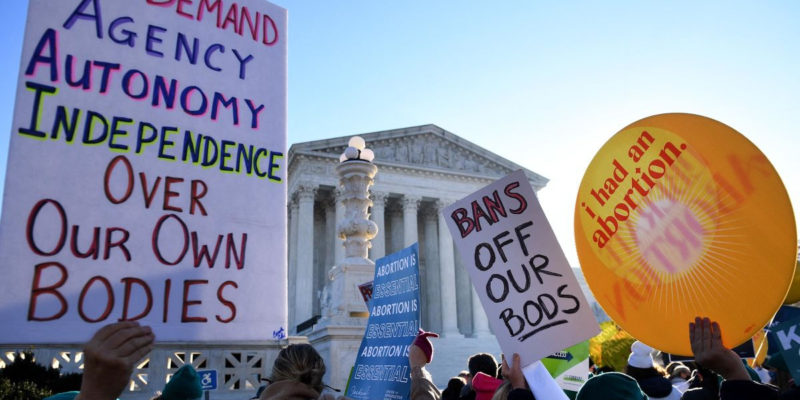 This was a pretty good week to illustrate the insufficiencies and need for change in Republican politics away from its Stupid Party traditions, as those relate to Louisiana. In particular, the controversy around HB 813, Rep. Danny McCormick’s pro-life bill which at its base would define an unborn child as a person from conception forward.

The import of that definition is that abortion would therefore be murder. As such it’s a really aggressive pro-life bill, and there can and should be a vigorous debate about just how far Louisiana, which might be the most pro-life state in the union, wants to push the envelope on the eve of the Dobbs decision which will overturn Roe v. Wade and return policymaking on the abortion issue to the states.

I’m a huge fan of McCormick’s. He’s a no-nonsense guy and he’s about principle. Considering that the Louisiana legislature is populated by an overabundance of used-car salesmen who have slapped an “R” next to their names in an effort to get elected and stick their noses as deep into the trough as they could, it’s refreshing to see men and women of principle joining that body. We need 60 Danny McCormicks in the House and 25 in the Senate; we have only a fraction of that number.

I’m not a fan of his bill as originally written, though. There is a consensus among the pro-life establishment that I think is well-thought-out from both a politics and policy standpoint. Namely, that the pro-life movement treats women wanting to have abortions as victims of the abortion industry, which seizes upon people stuck in unexpected and inconvenient – not to mention emotionally-charged – situations and preys on them in order to make a buck. That Planned Parenthood routinely commoditizes aborted fetuses to sell body parts, something that if you point out like David Daleiden did you’ll find yourself set upon with criminal charges as then-Attorney General Kamala Harris did to him, only proves the utter evil and greed of that industry.

Considering that the pro-life movement has invested heavily in care pregnancy centers where those women are supported and given resources to help them bring their babies into the world – whether to raise themselves or to turn over to loving adoptive families – this position is pretty consistent.

Sure, it’s a bit patronizing to say that the women seeking abortions lack agency. Politically that still works anyway, because the women who get offended by that and affirm their demand to kill children don’t exactly serve as quality ambassadors for the pro-abortion side. Most people get the willies seeing the “Shout Your Abortion” crowd.

And we should remember that we didn’t get here overnight, and we can’t rebuild a culture of life in this country overnight, either. It’s going to take the same ratchet approach to the problem that the Left used to create it. HB 813 breaks the ratchet.

All of that said, the most instructive thing that came out of HB 813’s advance from the House Health & Welfare Committee on a 7-2 vote was the cacophony of lies the Left told about the bill.

For example, that it would criminalize an IUD or the Plan B bill or even birth control. No, it didn’t do that. There was some suspect language in it having to do with frozen embryos set aside for in vitro fertilization which needed cleaning up due to the resulting confusion, but the bill was about abortion. Not birth control.

The thing about the Left is, all they do is lie. We all know this. We’ve all seen the screaming headlines only to find out that what’s in the initial narrative is 180 degrees away from what’s really happening. So the pro-abortion gang and the Democrats scared the bejesus out of even pro-life women who thought they’d have to go to jail for having an IUD, and it turns out that they’re lying.

And the Republican establishment proceeded to the fainting couch over it.

Not about the lies. About McCormick.

No, guys, that’s not how you handle this stuff.

Ultimately, on the House floor yesterday McCormick’s bill was gutted and turned into a fairly anodyne pro-life bill restating and affirming Louisiana’s support for the unborn. Then it was returned to the calendar and we have our doubts it’ll move forward in this session. So no real damage was done here and everybody can relax.

But the caterwauling and pants-wetting over HB 813 on the Republican side needs to be addressed. Some of these folks need to learn how this game is played by the other side and adopt some lessons from that.

That has value, even though HB 813 might have been flimsy as a metric for a pro-life position. Most people aren’t paying that much attention, but what they understand is that if you’re pro-life it’s usually because you think that’s a human being in there and it shouldn’t be killed, and that abortion is essentially murder. So to veto a bill which delineates that fairly clearly would mean you aren’t actually pro-life, at least in the understanding of a casual observer.

Or Edwards could have signed the bill and that would have destroyed him within the Democrat Party, not to mention get McCormick and all of the nervous nellies among the Republicans off the hook.

One reason Edwards had a second term was that he had John Alario as the Senate president who killed all of these bills before they got to Edwards’ desk, and the public never got to see Edwards show who he really is. A bill like this strips away the mask. It would have been interesting to see it delivered to his desk.

The second opportunity missed this week was to expose the lies and the liars telling them. The screaming from the Left over this bill and the hysterical claims about what it would have done was a perfect opening to talk about the fact that these people are literally in favor of infanticide, and to ask the public which position cuts closer to their view of morality and societal function.

The reaction to the leak of the Dobbs majority opinion, including the death threats against the Supreme Court and the fire-bombings and vandalism of churches and pro-life advocacy offices, etc., has actually been a net plus for the pro-life side. This has crystallized for a lot of people who the pro-abortion gang really are. There is a lot of value in getting them riled up enough that they’ll create that spectacle, and if you aren’t afraid of a little noise you can let the show they’ll put on do a lot of work for your own movement.

It just wasn’t well handled. Maybe next year McCormick can bring a little better-targeted bill that encompasses more of the pro-life establishment’s strategy, and maybe some in the GOP will learn that sometimes it’s better to stick around and win a fight rather than lose their nerve as the first punch is thrown. But either way, this was a mountain made from a molehill. We’re going to need to do better.

Interested in more news from Louisiana? We've got you covered! See More Louisiana News
Previous Article SADOW: Republicans Need To Get Their Act Together In Louisiana’s Legislature
Next Article Elon Has a Word for Old Joe’s Disinformation Czar. We Probably Have More.