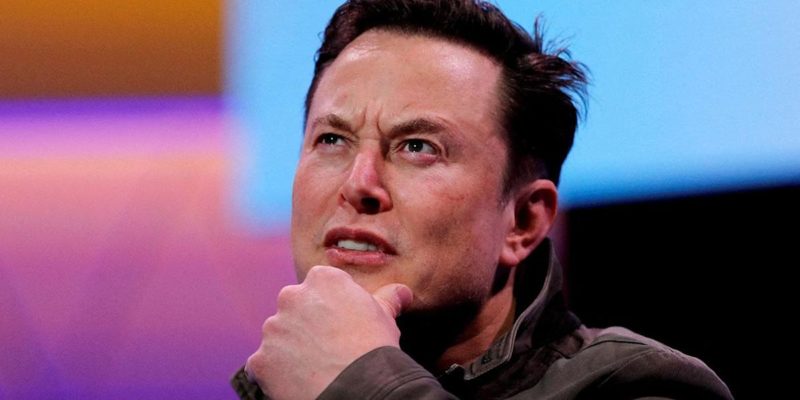 Presumptive new Twitter owner Elon Musk had one word for Nina Jankowicz, the head of the Biden administration’s new Disinformation Governance Board placed inside the Department of Homeland Security.

How incredibly grandiose does someone have to be to stake claim to being one of the people trustworthy enough to add context to other people’s tweets? Are we really going have a unique group led by one person whose sole job is to be the universal arbiter of truth in a supposed-free society?

Musk’s word was milder than what Donald Trump might have tweeted, but it is nonetheless true, and echoes the danger–and comedy–in the implementation of such a board.

But it seems so much more than that too. One might not know whether to find angst or humor in such a situation.

Said the incredibly-not-so-humble disinformation czar during a Zoom meeting, “Verified people can essentially start to ‘edit’ Twitter the same sort of way that Wikipedia is, so they can add context to certain tweets.” She added that she’s verified, but that there are “a lot of people who shouldn’t be verified who aren’t, you know, legit.”

The Legit Czar of Old Joe’s Ministry of Truth, Nina Jankowicz, will lead us up to the Promised Land of No More Lies.

“Just as an easy example,” she continued, “not from any political standpoint, if President Trump were still on Twitter and tweeted a claim about voter fraud, someone could add context from one of the 60 lawsuits that went through the court or something that an election official said.

Well, since she brought it up, we do wonder if the Legit Czar is talking about the election fraud that 2000 Mules clearly lays out for any person with a brain and even a relatively open mind to see. We wonder exactly what “context” the Czar would add to such a body of evidence that far, far exceeds any amount of evidence presented by the far-left globalists in any of their witch hunt cases.

These issues for Legit Czar Jankowicz alone include the peddling of rampant misinformation and stances that didn’t exactly age well.

Claimed that the Hunter Biden laptop was disinformation right before the 2020 election. Check.

Doubled down on the completely unsubstantiated notion that, under a Trump presidency, Russia’s invasion of Ukraine would have been worse. Check.

Check check and check. We could go on and on with the examples.

The Czar is not only really bad at reading the political battlefield, but also extremely immature and foolish it seems, given the nature of this new glitzy title Old Joe has given her. There is a video still up from December 15 in which she says,  “I don’t want to work, struggle or compromise.” In another, she asks Santa, “If you’re listening please tell me what to do. Who do I f*** to be famous?  I’ve done everything I could and now the rest is up to you.”

You can just call me the Mary Poppins of disinformation 💁🏻‍♀️ https://t.co/eGV9lpctYn pic.twitter.com/WVQFA2bPmq

We cannot say what is most unsettling about all of this.

At the May 6 Senate Homeland Security Committee hearing, Sen. Josh Hawley (R-MO) confronted Sec. Alejandro Mayorkas with some of the social media activity of Jankowicz.

It is this woman that Old Joe has chosen to head the new, all-important Ministry of Truth to make sure that the American public receive, you know, the most robust version of the truth there is out there. It seems every decision Old Joe makes just paints him and this joke of an administration as increasingly foolish, and one may have a difficult time deciphering whether it is the establishment of such an un-American Disinformation Governance Board or the choice of its Legit Mary Poppins Czar that is the more ridiculous. It is indeed unsettling, to say the least, but it feels as though even Elon Musk’s description of it is lacking. I just don’t know. Maybe someone else out there can provide me with a little situational context so I can pinpoint the right word.

Interested in more national news? We've got you covered! See More National News
Previous Article Everything Worked Out Fine With HB 813, So Stop Panicking
Next Article The “Great MAGA King” Jab Was Planned, and It Isn’t Going as Libs Had Hoped