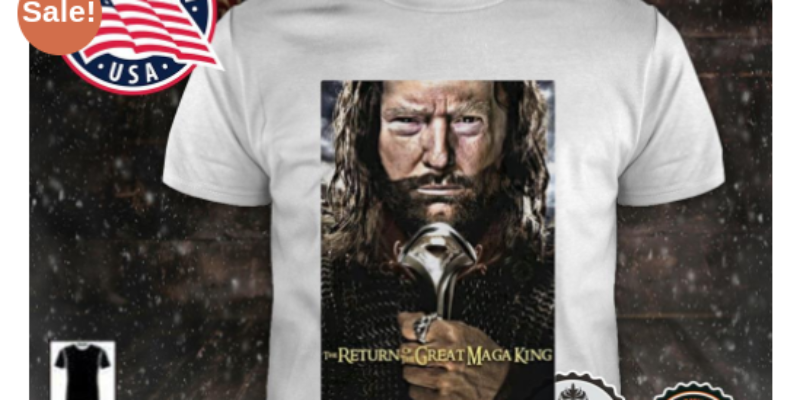 On Friday, concerning Trump, Scott McKay wrote about why it is better to be the great MAGA King than the great Potato King. McKay is quite correct and humorous in his analysis of Old Joe. It is also a look at why the MAGA movement is real and goes back to even before Donald Trump’s arrival in D.C., albeit under a different name.

Back on May 4, Joe Biden seemed to invent a new term, “ultra MAGA,” during a speech on the economy. Of course, he is so challenged mentally these days, not to mention incredibly awkward when he is venturing into new vocabulary ground, it is not difficult to ascertain that he is receiving coaching from one or several puppet masters.

“Let me tell you about this ultra MAGA agenda,” Biden said, of course referring to Trump’s 2016 campaign slogan—’Make America Great Again.’ “It’s extreme, as most MAGA things are.”

Then again this past week, Old Joe continued with the aggressive terminology, again awkwardly so, by attempting to belittle “the great MAGA king.” It turns out that this awkwardness is because his “clever” turns of phrase are actually not his own.

Biden’s attempt to appropriate the “MAGA” brand as a political attack was hardly accidental. It arose from a six-month research project to find the best way to target Republicans, helmed by Biden adviser Anita Dunn and by the Center for American Progress Action Fund, a liberal group.

The polling and focus group research by Hart Research and the Global Strategy Group found that “MAGA” was already viewed negatively by voters — more negatively than other phrases like “Trump Republicans.

Well, that didn’t go over as well as Old Joe and his puppet masters thought it might.

In no time at all, Rep. Elise Stefanik (R-NY) was saying “I am ultra MAGA, and I’m proud of it” to a reporter and  Trump’s Save America super PAC was sending out a fundraising email seizing on Old Joe’s “insult.”

This situational pounce onto ostensibly pejorative remarks is nothing new for Trump and his base. Two popular examples are when Hillary Clinton called half of Trump supporters a “basket of deplorables” in 2016 and when a “F— Joe Biden!” chant broke out at Alabama’s Talladega Superspeedway; the on-hand NBC reporter, who was interviewing NASCAR driver Brandon Brown, said, “You can hear the chants from the crowd—‘Let’s go Brandon!’”

Such situational awareness and cunning, to take would-be insults or random opportunities and transform them into material for itself, is part of why the MAGA movement is so powerful and enduring. Moreover, seeing memes and yard flags that keep Trump’s base behind him is a way to keep the movement alive without the spread of Trump fatigue. When a person can laugh at a “Let’s Go Brandon” flag in the front yard of someone’s home while driving, and perhaps even share the story with a friend, it keeps the MAGA movement rolling without a single solitary mention of the word “Trump.” 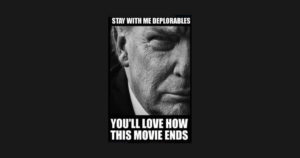 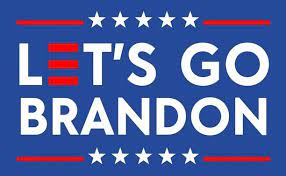 “You can’t fake grass roots support, and there is a real ecosystem of Trump supporters,” said Cliff Sims, senior administration official during the Trump Presidency. “Part of the power of the online movement for Trump is they’re just having a great time, they’re making fun of people, they’re trolling, they’re creating funny memes to get a laugh or get retweets.”

“It’s stunning how out-of-touch Biden and his folks are about how to brand this stuff when they’re taking the most iconic, successful political slogan of all time and trying to turn it into something derogatory. I mean, who doesn’t want to make America great again?”

And so, the Biden administration continues on its merry way destroying the country and quite foolishly trying to mock Americans who want the best for themselves and their country. It’s almost as if they know at least 75 million Americans want Trump back, and they simply cannot help but keep his memory alive on a minute by minute basis. It’s some absolutely sweet (and free) advertising for their very own opponent–the President who is still very much in the heat of the geopolitical action.

It seems a little too easy at times. It all might make one wonder what really is going on. It might make someone take note that at every turn, this administration is doing something incredibly stupid and suicidal to itself. Indeed, if someone has a little bit of conspiracy theorist in them, it might even make them wonder if the good guys are really controlling both sides of the board–to show, to really show, Americans what has been going on in D.C. for many decades in order for us to wake up and never ever let it happen again.

Regardless of the reality or theory of everything, the revolution is here, and it is time that every single American join the fight.