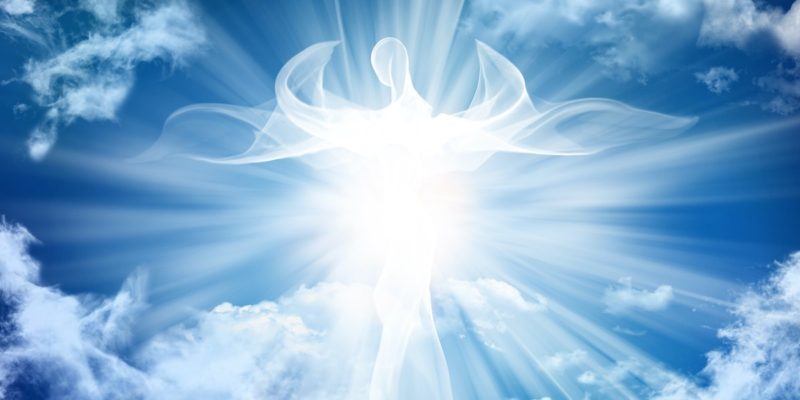 The mass shootings, whether in blue cities like Chicago or red States like Texas, are appalling, and both sides of the firearms debate are bandying about their usual ideological slogans:  ‘More guns, less crime’; ‘if it saves just one life, isn’t it worth it to ban xyz?’

We happen to think that the evidence favors a populace that is fairly unrestricted in its ownership of guns, but that is to miss the more important point underlying the senseless gun murders:  the erosion of Christianity.  Since the Enlightenment especially, we have rejected God’s sovereignty over man, and made man himself – his wishes and desires – the measure of all things, with horrible effects.  Father Zechariah Lynch writes,

The humanism of the modern world is . . . negative. In fact, it is not an understatement to say that it is a de-humanism, or as Alexander Solzhenitsyn puts it, “despiritualized humanism.” . . .

Since roughly the French Revolution on, humanists have been endlessly claiming that they will establish a semi-paradisiacal (if not outright) state on earth. I mention the French Revolution because it is one of the first radical applications of humanism. A basic study shows it was a bloodbath: totalitarian brutality and oppression that masqueraded as “Republic and freedom.” (A brief study of the slaughter at Vendee, with roughly 300,000 peasants brutally murdered, shows the true face of modern humanism). Even the American Revelation was motivated by the prevalent and growing humanist currents of the 1700’s. True, it was not as radical in nature as the French, but it nonetheless was a governmental experiment based on humanist philosophy (although it was willing to retain a stronger “Christian” influence, as opposed to the French Revolution).

Humanism developed on strictly materialistic terms. Materialism is probably a more accurate term. Humanism has always been more than willing to slaughter hundreds of thousands of people for the sake of material gain and ideology. In reality, it is not interested in the well-being of humanity.

Following John Locke’s liberalism, the several States have tended to treat religion as something that belongs primarily within the individual’s private conscience, that the public, communal aspects of religion are unimportant.  Hence the replication of clauses in the State and federal constitutions guaranteeing the freedom of religious exercise by individuals but the ban on government involvement in religious affairs.  But the pluralism and relativism this engenders is dangerous; it is not strong enough to resist evil.  Fr. Zechariah continues:

Liberal humanism, which professes that all ideas are equal and should be given an equal chance and voice, eventually is run over by radical humanism. The “Liberals” of our day are not classical liberals. They have a very narrow ideology to which they conform. Karl Marx, a radical humanist, aptly observed that, “Communism is naturalized humanism.”

Solzhenitsyn commenting on this statement says, (It) turned out not to be entirely senseless. One does see the same stones in the foundations of a despiritualized humanism and of any type of socialism: endless materialism; freedom from religion and religious responsibility, which under communist regimes reach the stage of antireligious dictatorships; concentration on social structures with a seemingly scientific approach. This is typical of the Enlightenment in the 18th Century and of Marxism. Not by coincidence all of communism’s meaningless pledges and oaths are about Man, with a capital M, and his earthly happiness.

Liberalism was inevitably displaced by radicalism; radicalism had to surrender to socialism; and socialism could never resist communism.

We see that if mankind rejects the Incarnate Son of God, the Lord Jesus Christ, as God, he will have destructive idols/ideologies in His place.  The excellent modern English author Paul Kingsnorth chimes in:

But Man cannot live by immanence alone. Religion meets a human need, and when it is gone, or corrupted, the hole it leaves will have to be filled by something else. What will that be? Del Noce’s answer is: revolution.

Modernity, he suggests, could be defined as a permanent, ongoing revolution. The desire to build Utopia on the bones of the old world has been the consuming fire of Western thought for 300 years. Jacobins, Bolsheviks, communists, socialists, Fascists, Nazis, neoliberals and many more have all attempted to scour the ground clean and start again, and we are not done yet. ‘The revolutionary attitude of creative violence’, writes Del Noce, ‘has replaced the ascetic attitude of seeking liberation from the world.’ If once society’s refuseniks imitated St Anthony, now they copy Che Guevara. All that is solid melts into air: this, in the words of its most consequential revolutionary mind, is the best description of the age of immanence that we have ever had.

‘Creative violence’, sadly, is exactly what we see on display in our social-media-streamed mass murders as revolutionaries act out their broke-brained theories to remake the world.

And one of the main drivers of this violence is taught year in and year out in our public schools:  atheistic evolution.  Maria Sayevskaya makes some important connections in this regard:

Darwin implies that elimination of the weaker individuals would be the right way for future perfection of man, although it currently looks inhumane.

“The surgeon may harden himself whilst performing an operation,” Darwin wrote, “for he knows that he is acting for the good of his patient; but if we were intentionally to neglect the weak and helpless, it could only be for a contingent benefit, with a certain and great present evil. Hence we must bear without complaining the undoubtedly bad effects of the weak surviving and propagating their kind.” 9

This, however, doesn’t mean that in the long-term mankind’s history won’t turn into a constant struggle for “a place under the sun”. The scientist never mentioned anywhere that the evolution had stopped.

“Evolution is not finished; reason is not the last word nor the reasoning animal the supreme figure of Nature. As man emerged out of the animal, so out of man the superman emerges,” said Indian philosopher Sri Aurobindo.10

This means that at a certain point in time a new, more perfect and more evolved man should develop as a result of “severe struggle”. This is, in fact, the conclusion that Charles Darwin comes to.

“Man, like every other animal, has no doubt advanced to his present high condition through a struggle for existence consequent on his rapid multiplication; and if he is to advance still higher, it is to be feared that he must remain subject to a severe struggle.”11

The theory of natural selection gives rise to the cult of violence. It was the this theory that Hitler was following.

As such, the theory of natural selection gives rise to the cult of violence, and it was this theory that Adolf Hitler was following, when he made his forecast:

“A stronger race will drive out the weaker ones… Mankind has grown strong in eternal struggles and it will only perish through eternal peace.”12

Malcolm Bowden, an English scientist, was right to note:

“The evolutionary basis of Nietzsche’s “superman” and the use which Hitler made of his theories in his “Master Race” are well-known. The frightening outcome of taking the evolutionary theory to its logical conclusion by eliminating the “weaker” races has resulted in the horrors of concentration camps in Belsen, Auschwitz and others.”13

And now we may add elimination of ‘unfit people’ through mass murders at schools, on subways, in grocery stores, etc.

The situation with teaching history is just as contradictory. While Nazism, racism and other manifestations of “natural selection” are condemned, children are not expected to know about the source of these inhumane phenomena.

Henry Morris, and American scientist, noted justly that “In fact, whereas every public school student is now well instructed in the evils of Hitler and his National Socialism, they are almost never taught that it was all founded on evolutionism. This has been an amazing cover-up, even a rewriting of history.”29

The harmful effect of Charles Darwin’s pseudo-scientific and inhumane theory on raising and educating young generations seems obvious. Why do then school textbooks still promote the evolutionist paradigm as one of the main elements of the current worldview?

We feel fairly certain that some folks thought we were speaking hyperbolically a few weeks ago when we wrote that getting Christianity back in public schools was the hill to die on.  But it is no exaggeration.  If we do not change our attitude toward government protection and promotion of Christianity in private and public spaces, then we will continue to see the world fall apart around us in gruesome ways.

Let us assume that Roe v Wade is overturned by the federal Supreme Court.  How long will a pro-life attitude last when generation after generation of school children is fed the poison of evolution, that the weaker (including unborn babies) can and should be killed so the human race can advance to superman status?

It is only a slim plurality that agrees that abortion is the murder of a human child (45% agree, 43% disagree).  The pro-life battle is far from being won.  And pro-murder men and women are not sitting still; they are trying new arguments, new methods, to advance abortion.

Treasury Sec. Yellen and Rep. Porter (and no doubt others along with them) are arguing that abortion is needed to keep inflation under control.

The Satanic Temple is claiming a First Amendment right for women to have abortions, claiming the act is a ‘religious ritual’.  And it is.  But this is where we must come to our senses about ‘free exercise of religion’ clauses.  We must clarify that they will allow only religious practices that are not detrimental to the Christian Faith.  If we don’t, we condemn ourselves to the destruction of permanent revolution, as those quoted above warned.

Only a return to Christianity – in slow country towns and in bustling cities, in kindergartens and in colleges, in our businesses, in our politics, in our hunting clubs, and in all the rest – can save us in the long run.  Fr. Zechariah says it clearly enough:

True Christianity has a very clear revelation of what it means to be Human. We find our humanity in as much as we live according to our Creator’s ways. True Humanity flows from God. But we want to be our own gods. Not much changes in some sense. Humanity detached from God descends to a state of barbaric inhumanity, we commit atrocities that defy comprehension. The centuries of “Progress” (a philosophical idea) and “Revolution” have made a violent and chaotic world. The fruit is evident. It is time that Humanism is held accountable for its bloodbaths of destruction; its constant lies that promise better things but which constantly and consistently bring only turmoil and death. It smiles meekly as its hands drip with the blood of untold millions. The more its principles are applied the more our world will continue to descend into darkness.

As Orthodox, we may well remember the saying of Elder Ignatius of Harbin, “What was started in Russia will be completed in the West.” I hope that we see the writing on the wall, repent, and regain our true Humanity. It is only found in Christ the God-Man.

Interested in more national news? We've got you covered! See More National News
Previous Article MARSH MAN MASSON: Glad I Started My Day With THIS Hot Bait!
Next Article What To Make Of Uvalde