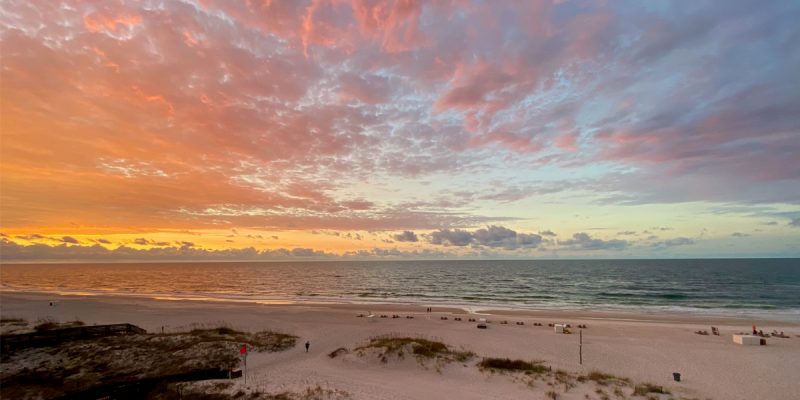 By now everybody knows what happened in Uvalde, Texas yesterday: a deeply disturbed 18-year-old named Salvador Ramos shot his grandmother in San Antonio, then led law enforcement on a wild car chase through West Texas before getting in a shootout with Border Patrol agents which led to his barricading himself in an elementary school, where he shot dead 19 children and two teachers before finally, a good guy with a gun (a Border Patrol agent who arrived with a tactical team) was able to turn his lights out and stop the massacre.

Salvador Ramos was a fairly well known nutcase. Pictures from his social media indicate he may have been a crossdresser, and there is evidence he’d planned some sort of atrocity along the lines of what he did. Ramos should have been committed to a mental institution quite some time ago.

In fact, the significant majority of these mass shooters are dysfunctional teenagers who can’t process the confusing signals sent in our culture, are removed from society and friendship that keep them grounded, either don’t receive, or worse, reject, parental guidance in the home (sometimes the parents are incompetents and other times they’re simply overwhelmed by the challenge of a very difficult child), more often than not are put on psychotrophic behavior-modifying drugs which have the opposite effect from that intended, and find life empty, meaningless and cold.

Sometimes they turn to political ideology, like in the case of the Buffalo shooter who called himself an eco-fascist and internalized the Malthusian idea that the world is overpopulated and the planet is suffering and thought he’d do his part by ridding it of a few people with dark skin. Other times it’s impossible to say what motivates them.

We used to understand these things much more clearly than we do now. We used to have a better grip on the necessity in human life for a spiritual component, for a bond between the body and the soul. Our ancestors recognized that a broken soul is an awful, dangerous and ugly thing, and if it is not mended it is the devil’s tool and plaything.

Salvador Ramos’ soul was misformed and broken. So many are.

American society is in a spiritual crisis. Politics can’t solve it. Politics makes it worse. The only solution to a spiritual crisis is spiritual healing. We must rediscover God, or else the abyss will swallow us. Society will crumble and there will be many more Salvador Ramoses – in fact, they will seek each other out and join forces.

They can, you know. The world is more interconnected now than it’s ever been. The more competent and perhaps less chaotic of the people who ideate as Ramos did are aligning with radical political groups. Why do you think Antifa and even the white supremacist groups our government is so intent on overhyping and entrapping are growing in affiliation?

Joe Biden’s handlers couldn’t wait to trot him out to politicize the Uvalde atrocities. The bodies weren’t even cold before the ghouls set upon them. We were told that normal people, those of us appalled and disgusted by the horrors of Uvalde, should give up our Second Amendment rights – but just little by little – so that government can supposedly protect us from the next Salvador Ramos.

So that government can protect us from the devil and his playthings.

Government breaks far more souls than it saves. And Joe Biden, whose personal history is full of corruption, sexual misconduct, dishonesty and perhaps even child molestation if his daughter’s diary is to be believed, can save no one’s soul.

We mourn the score of people dead in Uvalde. Far more are dying in Chicago and other big cities where government has taken guns from the hands of the law-abiding and given the criminals a monopoly on violence. Particularly as they’ve defunded and defanged law enforcement.

Today’s Democrat Party started by siding with the godless. Then they sided with the criminals. Now they’ve sided with the mentally ill. Salvador Ramos was all three. Who’s surprised?

There is only one solution. It’s been the only solution for two thousand years. It’s been present the whole time as humanity has risen from the muck of poverty, violence, chaos and dehumanization that was ancient civilization.

We have to return to a life ordered by God’s lessons for us. We have supplanted God and we are finding that the things we’ve tried to replace Him with – politics, sports, sex, money – can’t fill that hole. We delight in victimhood, in gluttony, in selfishness and self-centeredness.

This isn’t a lecture. Your author is guily as well. All of us face sacrifice if we are to truly become what our maker intended for us to be on this earth. We are all sinners. We must all repent and seek redemption.

But our society rejects repentance. Our society pretends that violence is speech and speech is violence. It spends massive amounts of time, money and energy attempting to make that which is not so, so. We are at war with truth.

We are at war with God.

And the casualties are mounting.

The suffering to come will dwarf what has already come. The only way is through. Redemption and revival are our sole option. If you can’t see that, you will. Or you’ll never see it and you’re lost.

Start by understanding our spiritual deficit. Seek to remedy it. Reach out to your friends and acquaintances. Be kind to those you meet. Seek accommodation, not conflict. Follow the golden rule. Depoliticize where possible, but resist those pushing in the opposite direction. Persuade where possible, but try not to be nasty.

We have to be better than society is. Society – this society – is crumbling. There are opportunities to build anew. We must be ready, as the world will be ready after the suffering to come.

Interested in more national news? We've got you covered! See More National News
Previous Article GARLINGTON: Without Christianity, We Are Doomed to Senseless Violence
Next Article WEF Discussions Could Make Conspiracy Believers of Us All