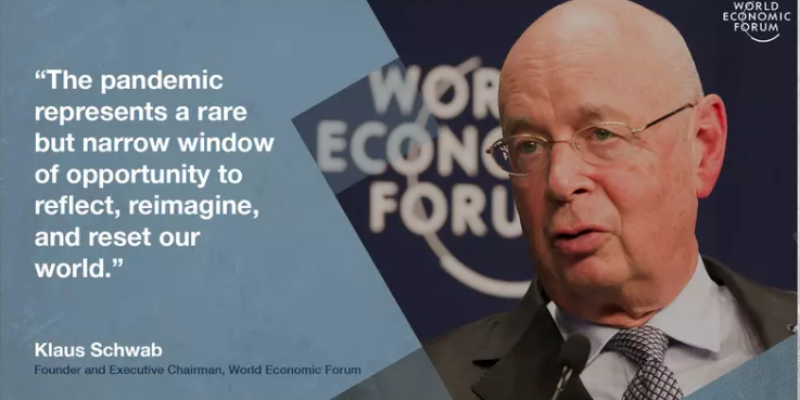 As I’ve read somewhere, the difference between a conspiracy theory and a conspiracy fact is roughly 12 to 18 months.

The World Economic Forum is having their summit this week. The World Health Assembly is also meeting. These are events people absolutely must be aware of.

See, it’s not that we necessarily believe all of this stuff will come to pass (lizard people and a flat earth are still items at the bottom of our list to worry about). But one thing is almost certain: keeping the conversation open at least allows time for the correct theories to become realities and for the incorrect theories to simply go away.

Especially when the globalists are meeting and plotting.

For years now, especially since 2020, there have been people trying to sound the alarm to possibilities that actually have come to pass. For their trouble, they were mocked and derided for being tin-foil hat conspiracy theorists. They were shamed. Silenced. Careers were ruined.

The truth about masks is pretty mainstream now. But the catastrophic damage has already been done, and the latest rounds of related “conspiracy theories” are being transformed into realities as we speak, as, you guessed it, the same shamers and silencers are screaming “conspiracy theories!” all over again.

And that’s exactly how the deep state globalists want it. They laugh at our distractions and our ignorance.

Albert Einstein once said that “In every crisis, there is an opportunity.” This is absolutely true, and unfortunately for millions of Americans and billions of people worldwide, there is a group of extremely insidious players working to destroy our freedom

If you don’t know names like George Soros and Klaus Schwab, just to name two, you should. They know Joe Biden, Hillary Clinton, and Barack Obama quite well.

The World Economic Forum is holding its annual summit in Davos this week, at the same time the WHO is meeting at the World Health Assembly in Geneva–another conspiracy theory taking place at this very moment.

Another conspiracy theory like The Great Reset, for sure.

There is an urgent need for global stakeholders to cooperate in simultaneously managing the direct consequences of the COVID-19 crisis. To improve the state of the world, the World Economic Forum is starting The Great Reset initiative.

Everyone who cares about freedom should couch The Great Reset with the activities at the World Health Assembly and the World Economic Forum.

What is the WHO working on down there in Geneva? Oh, just some miniscule amendments that could take away our national sovereignty over health issues. Nothing major. All really great guys talking about it over beer.

And the WEF summit in Davos is discussing, oh, just some really minor details like carbon foot tracking, another virus outbreak, and a digital currency scheme.

Except for that little inconvenient truth that they are in bed with the same deep state globalists themselves. It is they who are the ones that scream “conspiracy theory” in order to protect their buddies.

You know, there’s a reason there are certain seemingly vastly divergent groups who support each other.

There’s a reason they all hated and still hate Donald Trump.

During the WEF summit on Monday, WEF chairman Klaus Schwab told the world that the “future is being built by us,” among other things….

“We have to reinforce our resilience against a new virus possibly, or other risks which we have on the global agenda.”

Interesting choice of words, these globalists always use.

During the summit on Tuesday, Alibaba Group president J. Michael Evans couldn’t contain is boyish excitement over developing a “carbon footprint tracker” that would monitor where individuals travel, where they buy, and what they eat.

Alibaba Group president J. Michael Evans boasts at the World Economic Forum about the development of an "individual carbon footprint tracker" to monitor what you buy, what you eat, and where/how you travel. pic.twitter.com/sisSrUngDI

If you didn’t know, it is a technology already in play.

In March, a Google-backed start-up company launched a free version of its carbon footprint tracker technology for businesses. The carbon calculator is designed to provide small to medium-sized businesses with a “baseline” from which they can determine certain actions to take, according to CNBC.

Currently, there are Android and iOS applications available to consumers that help track an individual’s carbon footprint.

Of course an individual does not need a tracker to know what it is he or she is doing every moment of the day. Evans conveniently leaves out the truth that it is companies and deep-state governments that covet this information.

To protect us, your beloved citizens, right?

George Bush and the Patriot Act, anyone?

A CNN anchor, the chairman of Credit Suisse, and France's top central banker giddily discuss the arrival of central bank digital currencies within five years at the World Economic Forum in Davos. pic.twitter.com/nKPN2qRUI3

And here’s one more clip for your viewing pleasure, this one coming from Australian eSafety commissioner Julie Inman Grant and her notion of a “recalibration” of freedom of speech.

These are just a few videos loaded with items being discussed in Davos while we are being distracted by any number of things like Johnny Depp or the #monkeyapoxalypse.

It’s not all craziness and bad news. Said Dutchman Pepijn van Houwelingen, a member of the conservative populist party Forum for Democracy, “Gosh, the WEF wants to keep track of everyone’s personal ‘CO2 footprint” in the future. Who would have expected that? That was a ‘conspiracy theory’, wasn’t it?”

Said one Twitter user, “Sorry Mr. Morgan, your vacation has been cancelled because you have used your yearly allotment of carbon. Please return home and keep your energy use to under 2 hours per day for the next 6 weeks.”

And it’s not all secrecy and gaslighting from the media either. We want to commend the six-person team of Rebel News journalists, who have been “fiercely independent, unlike the mainstream media populating the press conferences in Davos.”

There is hope. A revival of worldly proportions can happen. But we have to push back against the globalists, the mandates, the lockdowns–the whatever it is that seems small at the time but will end up being tragically big in the end.

Actually the #monkeyapoxalyse may not be a joke at all. Just a sham. Just another plandemic to mind-control the herd and implement that Great Reset conspiracy theory thingamabob. Rest assured that if American revivalists don’t win this war, every conspiracy theorist you’ve ever met will be saying I told you so.

Be an American revivalist. Help us win and win big.

Interested in more national news? We've got you covered! See More National News
Previous Article What To Make Of Uvalde
Next Article Explosion from ‘We the People’ Thwarts Biden and the WHO