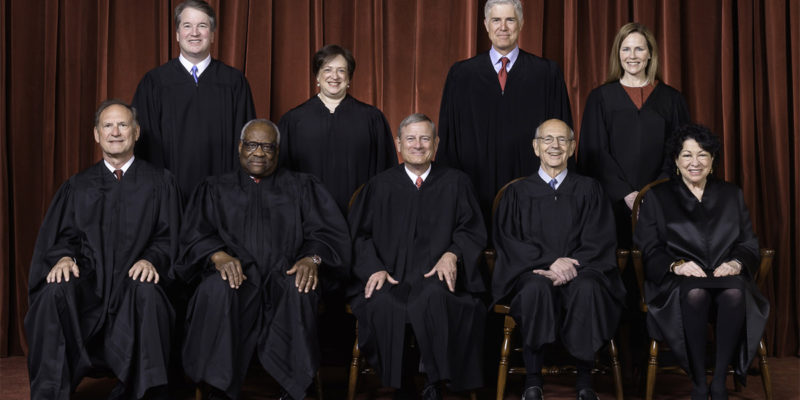 Since Friday, June 24, 2022, I have struggled to put into words the elation I felt when the news broke that the United States Supreme Court had finally overturned the egregious travesty of Roe v. Wade that has for nearly 50 years contributed heavily to our American holocaust—over 63 million innocent lives taken in the U.S. since 1973.

As a woman, abortion has been the number one humanitarian, societal, and political issue of my lifetime. For better than 30 years, I have railed against the deplorable Roe v. Wade in numerous ways. If I contributed in any small way to Friday’s ruling overturning the erroneous federal protection of abortion on demand, such would be one of the greatest accomplishments I will ever contribute to this world, undoubtedly leaving it a decidedly better place than I found it.

It is difficult to fathom, in our current political climate, the courage it took for Justices Alito, Thomas, Gorsuch, Kavanaugh, Barrett, and Roberts to choose our U.S. Constitution and put the abortion decision in the hands of the people, as a states’ right, as it always should have been. But now they—and President Donald Trump—can say they are responsible for one of the greatest human rights’ victories ever accomplished.
So much misinformation, ignorance, emotional instability, and political bias muddies the waters of this tidal wave of triumph. So many willingly misrepresent what Friday’s decision means and mislead emotionally vulnerable, mentally fragile people down the path of fear, hatred, and violence. Can that be changed through good, honest, understanding individuals and groups on a vigorous campaign to spread and celebrate truth and light? Can anyone’s head be reached and heart be turned by sharing words like mine? It’s possible, and it’s worth a try.

The argument that overturning Roe v. Wade violates Separation of Church and State is annihilated by the fact we already have laws on the books regarding taking human life, and those bipartisan laws are not based in or upheld by religious inclinations. This leads directly into another terrifying and depraved argument, one that lands us directly on a sickening slippery slope that puts in the line of fire America’s poor and most vulnerable, those segments of the population viewed as the dregs of society by the pro abortion faction due to their burdensome nature. Those who make this particular pro abortion argument proclaiming the need to stem the population of poor people are largely liberal democrats who contribute to the argument that murder for profit should exist beyond the scope of abortion, for the greater good of society.

People who make the argument that abortion should be protected because it overwhelmingly reduces the black population (this sentiment also largely shared by liberal democrats) either knowingly or naively embrace Margaret Sanger’s dream of eugenics.

Another point to be made here is that Christian, conservative, pro life people already make up the largest percentage of donors giving time, money, and energy to lift our most vulnerable out of poverty and to care for families, women, and children. To say pro life people must now directly bring would-have-been aborted babies into their homes is of course ludicrous and grossly hyperbolic. Stop saying that; it’s trifling. Everyone who supports open borders does not necessarily take illegals into their personal homes—how about we start there? Or start with taking in the homeless and poor who have been suffering for the past five decades while pro abortion advocates have celebrated and enjoyed Roe v. Wade? The argument is that you would rather have poor, mostly black babies killed in utero than have to deal with them walking your streets. Got it.

Here’a another one for the pro abortion crowd now shaming pro lifers—stop telling men they aren’t allowed to have an opinion unless it supports your position. The abortion on demand federally protected under Roe v. Wade since 1973 has never been a women’s rights issue; it has always been a human rights crisis.

Of course, another huge and mystifying myth that needs to be busted is that the decision to overturn Roe v. Wade made abortion on demand illegal in the United States. It didn’t. It gave the rights back to the people via states’ rights, and it is currently estimated that 21 states will protect abortion on demand and several states are currently undecided. Also, the abortion pill is alive and well, and many states will still offer taxpayer funded “free” birth control, as well as tax payer funded services to those who might be pregnant, are pregnant, have had a baby in the past few years, are or will be a father to a baby, are or will be a caregiver to a baby . . . and so on down the line. No one has advocated for turning our backs on or withdrawing assistance from mothers or babies. Those celebrating the reversal of the deplorable decades of Roe running rampant are saluting the fact that more humans will have a fair chance at a life, despite the socioeconomic status of a baby’s mother.