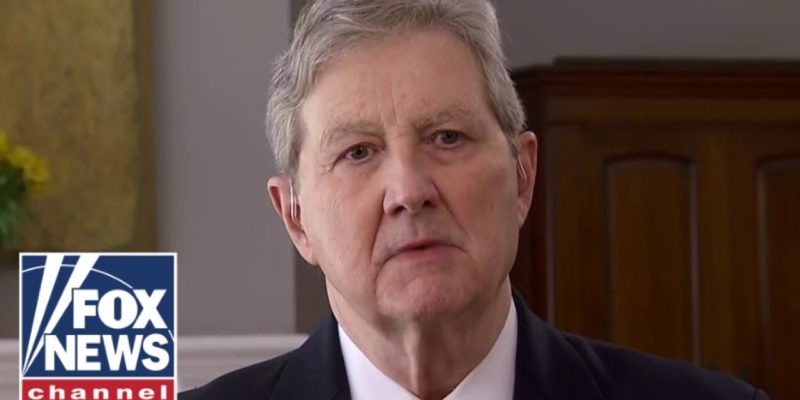 Kennedy’s Fox News appearances are turning into a cultural experience, with him starring as the conscience of Normal America, and the homespun Will Rogers common sense he pumps out in those segments seems like a worthy response to the political, cultural and economic aggressions of the Left.

This segment covers a couple of items, both of which are interesting data points showing what an obscene joke the January 6 Commission’s kangaroo court really is.

First, Kennedy is asked about the Stephen Colbert staffers who invaded the Capitol to do what Kennedy calls “agenda journalism,” and he’s far too kind in that characterization. These clowns weren’t journalists looking for a story, they were wannabe comedians trying to ambush Republican members of Congress Sasha Cohen-style. They were going to Borat some of the GOP pols so Colbert could attack and ridicule them on his show.

Of course, in light of the utter pants-wetting Democrats who have been glorifying political violence for more than a decade have done over the fact that the Jan. 6 protest got out of hand and came a bit close to their own kitchens, you’d think this would be slapped down. But it won’t. Kamala Harris paid money into a bail fund for George Floyd rioters, one of whom killed somebody soon after, and naturally nobody on the Left is the least bit preturbed about that.

Then Kennedy is asked about the harassment and intimidation of Supreme Court justices over the Dobbs case and he hits the Biden administration for not standing up to the Jane’s Revenge loons and others.

He’s right about that, of course, but we wish he’d have talked about the other side of that failure to support America’s critical institutions – namely Chief Justice’s John Roberts’ failure to publish the Dobbs decision and take the political assassination of a Supreme Court justice in order to influence one of its decisions off the table. Right now if one of the conservative justices is killed, the 5-3-1 majority in the Dobbs case, in which Roberts is the outlier; he would uphold the Mississippi abortion restrictions law at issue, but not overturn Roe v. Wade, becomes a 4-3-1 majority and Roe is upheld.

The longer Dobbs goes on as a known but unpublished decision thanks to the leak of the majority opinion almost two months ago, the better the chances that these violent leftists threatening justices with murder and other things will do something. We already know of one specific threat on the life of Brett Kavanaugh. That Roberts continues to string this along rather than publishing the decision and getting it over with has been a dereliction of duty.

Kennedy goes easy on that. Which doesn’t detract from the correctness of his indictment of Biden and the Democrats for fueling this vitriol and bile on the part of their supporters.