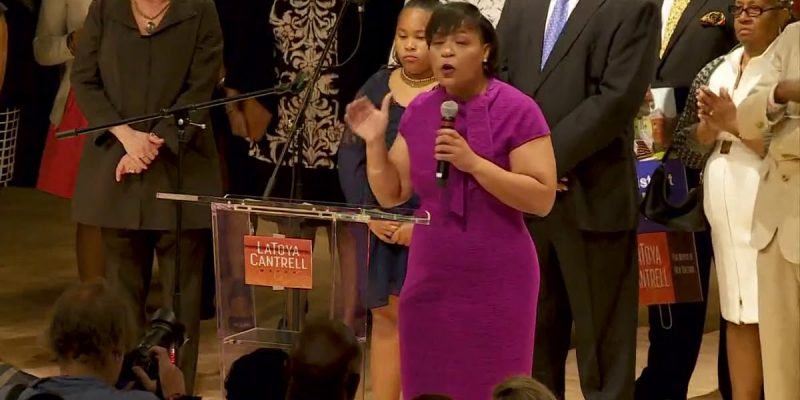 While New Orleans’s absentee Mayor LaToya Cantrell is traveling in Switzerland, some of her citizens are being shot to death. Within 24 hours, at least 6 people were shot in New Orleans.

There are multiple confirmed fatalities and up to six people were shot after a violent 24-hour period in New Orleans on Wednesday (June 22).

The NOPD is investigating a triple shooting near the French Quarter and a shooting that took the life of a 2-year-old boy Wednesday evening.

One shooting was reported at the intersection of Simon Bolivar Avenue and Clio Street. Around 5:15 p.m., police discovered a man suffering from a gunshot wound.

He was pronounced dead at the scene.

A few minutes later, three other people were reportedly shot at the corner of Basin and Bienville.

According to NOPD, it happened around 5:45 p.m. EMS transported one victim to the hospital while two others were taken on private conveyance.

Believe it or not, there’s even more carnage.

An investigation is underway after a man was found fatally shot in Algiers Thursday just before noon, the NOPD says.

Police responded to the scene around 11:57 a.m. in the 1600 block of Newton Street. There they discovered a man suffering from a gunshot wound.

Police say that the victim died on the scene.

New Orleans may be turning into a war zone. But that won’t interrupt LaToya Cantrell’s world tour. She shared some pics from her Switzerland visit on her official Twitter.

New Orleans culture is alive and well in Ascona. 💛⚜️

Our cities share the distinction of being among their respective continents' oldest cities.

New Orleans also shares with our sister city a deep appreciation and respect for jazz. 🎷🎶

Cantrell once again spread the lie that both New Orleans and Ascona, Switzerland are among North America and Europe’s oldest cities. That just simply isn’t true in either case. But then again, LaToya pays as much attention to the truth as she does actually governing her city.

LaToya needs to give up her world tour and actually start doing her job. After all, she was elected for a full second term. If she doesn’t want to do her job, she should resign. By doing that, she can travel, drink, and get in as many bathroom fights as she wants.

New Orleans has real problems that need to be solved. The biggest one is a lack of leadership, both figuratively and literally.

Interested in more news from Louisiana? We've got you covered! See More Louisiana News
Previous Article The Steal-A-District Crowd Sure Is Insistent, Aren’t They?
Next Article Yes, We Need A Veto Override Session