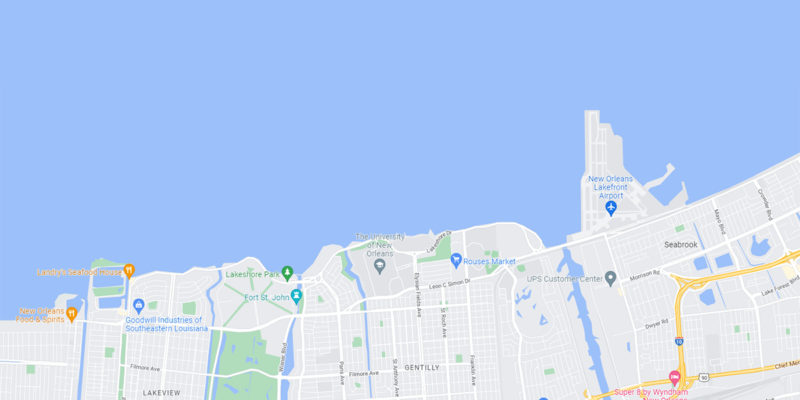 Guy Williams, President of Gulf Coast Bank, has offered to spearhead an effort to rebuild the old, dilapidated Pontchartrain Beach property on the New Orleans lakefront. The plan is open up the lakefront with a public beach and amenities for all the people of New Orleans.

Here is a copy of the proposal.

There is nothing in it for Williams except a civic commitment for a project that the politicians could have accomplished decades ago. The only thing needed to make the plan work is a small entrance fee to the Foundation to help offset recurring operating expenses. That fee goes not to the Bank or Williams, but to a Foundation that will operate the property.

But as usual the something-for-nothing crowd, being stirred up by the Progressive media, is bitching about it. “It isn’t fair to charge anything”, they say, “It should be free.” The problem is nothing is free. What they mean is someone else should pay for it. Remember the Louisiana Way, “Don’t tax you, don’t tax me, tax the man behind the tree.”

While the foundation has described its plans as a public beach, the proposal includes admission fees of $10 for adults and $5 for children to enter the beach’s recreational area.

“The vision was for a public recreation area, yet in your fundraising plan you’re going to charge everybody to enter the water,” LMA board member Pat Meadowcroft said. “You can’t have it both ways. It’s either public or private.”

Insurance for the beach site alone costs around $500,000, which is currently being paid for by the LMA, the state body which oversees New Orleans’ public lakefront assets.

Maybe the outcry from the free lunch crowd deriding the dwindling number of committed business leaders who still are willing to try to make things better will in a cynical way be a good thing. Maybe it will finally demonstrate in the clear light of day the callousness of the Progressive attitude, an attitude that has wrecked the once proud Queen City of the South.

As you may fathom from this, I am disgusted. Williams and the few like him should be given the key to the city, not be dragged through the mud with the help of the media.