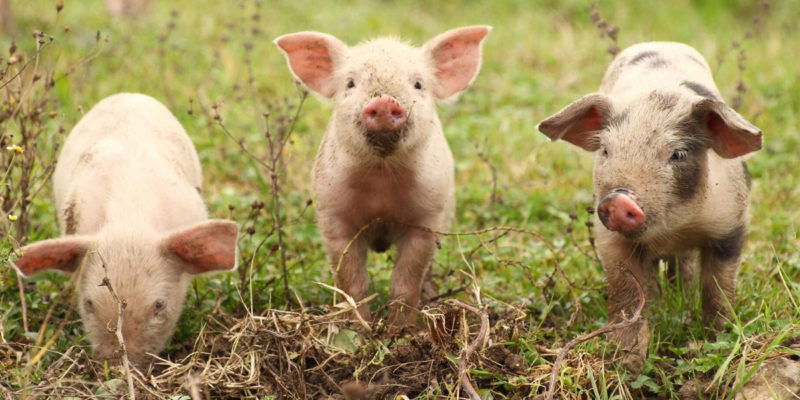 Over Democrat Gov. John Bel Edwards’ and his mandarins’ puerile objections, some Louisiana elected officials did strive to see that the rule of law is upheld.

Thursday, the State Bond Commission voted to deny New Orleans a non-cash line of credit worth $39 million for a water and sewerage project. This delays implementation of that for at least a month, when the SBC can reconsider, although at this point because of its lowest priority ranking any delay would have little substantive impact on eventual project completion as testimony and questions and answers during the meeting confirmed.

The deferral came as most of the SBC, and all of the Republican statewide elected officials (some through representatives) and legislators, wanted to express their displeasure at New Orleans officials – its mayor, city council, the district attorney, and sheriff – saying through their various capacities that they would not enforce Louisiana law that makes almost all abortions illegal. Earlier in the week, Republican Atty. Gen. Jeff Landry had called for the SBC not to approve several projects forwarded by the city or its related units as a means to reverse their defiance.

In it, he cited Art. VI, Sec. 9(B) that prohibits local governments from preventing the state from exercising its powers to protect the health, safety, and morals of the public. Unfortunately, neither the Constitution nor statute spell out a process by which to force local elected officials to uphold the law or related punishments for failure to do so (malfeasance laws apply only to the public servant charged with carrying out a specific duty). Thus, he – a member of the SBC – proposed using the power of the SBC to determine whether local governments to issue debt as a means to compel correct discharge of official duties from its local officials.

This approach is entirely consistent with the American system of government, its related jurisprudence, and particularly with upholding the rule of law. Keep in mind that Dillon’s Rule defines local governments as creatures of the state that may freelance only when specifically authorized by the state, so when the actions of local governments attempt to deny this fundamental relationship, checks and balances must come into play. One of many means to do so is if local government officials cease in their obligation to act in the interest of the state, then the state is not obligated in any way to assist the local government in pursuing its other duties, because those officials have defaulted on the relationship.

Since Landry’s announcement Edwards and his minions desperately have tried to deflect from this reality. Edwards himself commented on the request that a denial is as if to “seek to punish all the people living in a certain area because you are at odds with some of their elected officials, that’s not a reasonable approach.”

This language is a reprehensible, politically-motivated misstatement of the issue. It’s not a debate over different issue preferences; it’s a legal question. A request for denial isn’t happening over different views on when and how abortion should be legal; it’s happening as a response to an unconstitutional dereliction of duty by elected officials. The principle remains the same whether it would be the state passing a law requiring all cats in public to be on leashes and local officials told their public safety forces not to makes arrests for violations, that they wouldn’t prosecute for it, and they wouldn’t accept to hold in jail those arrested for it.

Nor can these actions by local officials be framed in moralistic terms of civil disobedience. That applies to a relationship between citizens and government, when citizens disobey what they believe to be an unjust law, not between different levels of government. When you take an oath of office, you pledge to uphold the law. You bring disgrace upon yourself if you violate that and if you feel you can’t enforce a law, it is your duty to resign, not to subvert the republican form of government you swore to defend.

As well, the action to deny by itself doesn’t degrade the local citizenry’s quality of life, because that is a consequence of the local elected officials’ actions that merit the response. It is they who are to blame by their abrogation of duty and their behavior that injures the people they are supposed to serve. In fact, the corrective act’s ramifications may prompt the people to discard the disgraceful officials by impeachment or other means to remove them from the offices whose requirements they fail to fulfill (as recommended by SBC member Republican Sec. of State Kyle Ardoin).

During the debate at the SBC over the deletion of just the one item, Edwards’ minion Commissioner of Administration Jay Dardenne tried another tack. Alleging no law was broken by the New Orleans officials’ declaration and thus ignoring or lying about the clear language of the Constitution, Dardenne claimed this motion to defer the one item was purely political because the other items dealing with New Orleans projects had passed and unanimously.

This also attempts to misdirect from the salient point: the rectitude of an action doesn’t depend upon its magnitude. It doesn’t matter whether you apply one stick or several to make a miscreant behave appropriately, the fact doesn’t change that the local officials are in the wrong and it is morally correct to attenuate their policy-making powers in this fashion.

Politics may have played a role in just rejecting the one item, in that perhaps SBC majorities would not go along with excising the others. This certainly was a possibility as SBC Chairman Republican Treas. John Schroder, a gubernatorial candidate, voted for that but expressed misgivings and likely for political reasons, since Landry likely will enter the gubernatorial fray and so Schroder would be reluctant to let him appear to have been the driving force behind all of this. Ardoin also suggested he wouldn’t have supported votes against all measures Landry recommended but, as member GOP state Rep. Zee Zeringue noted, this was a method by which to enforce the will of the Legislature. As well as was hinted at during the meeting, this one particular action could be merely a switch applied with tree trunks to follow if New Orleans officials don’t change their ways. Nonetheless, its limited use doesn’t remove the principled component of the action.

Another Edwards minion who represented him on the SBC, his general counsel Matthew Block, brought up the tired argument that making these kinds of decisions intruded on the policy-making power of the Legislature and has just a ministerial function (an argument also forwarded by Democrat New Orleans Mayor LaToya Cantrell). But then why have the SBC at all, much less composed of elected officials or their representatives, and go through this process if that’s all it does? Clearly legislative intent – bolstered by words from those legislators on the SBC – gives discretionary authority to the SBC over approval of any project.

After an attempt by Dardenne to defer the deferral in which only Block joined, without objection the original motion passed. It’s a baby step, but an encouraging one that shows at least outside of the Governor’s Office and New Orleans Louisiana policy-makers still believe in the rule of law and hopefully they will become more forceful in their support if New Orleans officials continue on their treasonable course.

Interested in more news from Louisiana? We've got you covered! See More Louisiana News
Previous Article APPEL: Fixing Up New Orleans’ Lakefront, Or Maybe Doing Nothing
Next Article GOP Politicians Pandering To The Advocate? Why On Earth Would You?