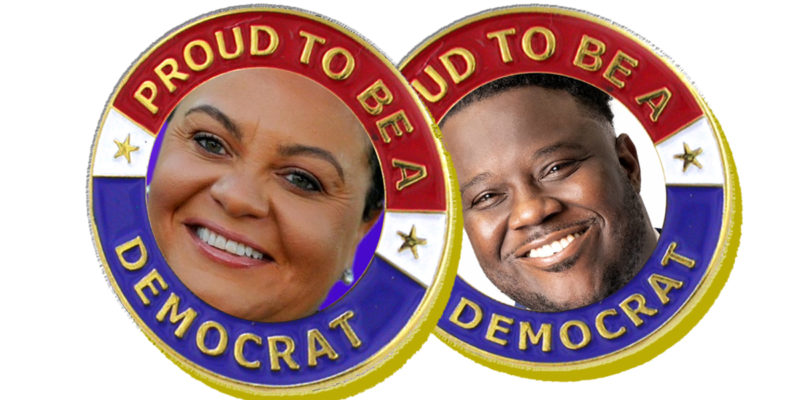 …to pay her gambling debts, is it? That seems like a pretty bog-standard treatment of campaign dollars – or any other dollars, for that matter – by the Hard Left.

But at least now we have a confession.

Longtime former state Sen. Karen Carter Peterson on Wednesday paid $50,000 in restitution to the state Democratic Party she once chaired and is likely to plead guilty in the coming days to federal charges of taking campaign and party funds to feed her gambling habit, according to a source with knowledge of the investigation.

Two sources said the FBI has zeroed in payments made by the Democratic Party during Peterson’s eight-year tenure to the Jaelyn Group, a political consulting outfit owned by Gralen Banks. In addition to running a consultancy, Banks is a WBOK-AM radio host and the brother of Jay Banks, a former member of the New Orleans City Council and a political ally of Peterson’s.

Peterson’s lawyer, Brian Capitelli, issued a statement Wednesday saying that the resolution “marks an important step in Ms. Peterson‘s recovery as she continues to address her gambling addiction.”

The statement added: “She is sincerely remorseful for her compulsive behavior resulting from this addiction and has made full repayment of funds used as a result of her addiction. She has been forthright, honest, and cooperative with the U.S. Attorney’s Office in their investigation.”

Basically, how this worked was that she used this guy Banks, whose brother got run out of office by New Orleans’ voters – and yes, Jay Banks was so bad as a city councilman that even the voters of Orleans Parish decided they’d had enough – as a cutout for paying off her gambling debts. He covers her debts, she covers him with a “sweetheart” contract from the Louisiana Democrat Party.

The amazing thing is that anybody is surprised to see that party used as a money laundry. Or maybe nobody is surprised. It isn’t like the entire world couldn’t see that when Peterson quit as a state senator three months ago and cited her gambling addiction as the reason, that this was about her hand getting caught in the cookie jar.

Now we know it’s worse than just converting her own campaign funds to pay her gambling debts. That would have actually been really easy to do – all she had to do was roll that money into a PAC and then there would have been lots of ways to move it to her bookie, or whoever she owed it to.

But she instead had to steal it from the party she was chair of.

Not that the cash would have been used more productively otherwise.

Peterson’s pal Gary Chambers is an example. Chambers had a really good run of fundraising early on in his Senate campaign, and he was traipsing around the country shaking down lefty special interest groups and activists. But it seems the air is out of that balloon, based on the latest campaign finance report, and he’s down to a dangerously-low $112,000 in cash on hand. He’s worse off than Luke “The Alpaca” Mixon, who Chambers is still almost assuredly going to outpoll in November.

But the burn rate is making Chambers’ future status as the Jabba the Hut of the Louisiana Democrat Party (because he’s the man you gotta go see about a thing, not because he’s fat) somewhat tenuous.

This happens when you fly through your money like there’s no tomorrow, paying people $5,000 a month for “administrative consulting” and blowing through $4500 in a week in Airbnb charges on a trip to California.

There’s a lesson here. When you waste resources, through theft, carelessness or stupidity, you lose them.

We won’t hear from Karen Carter Peterson again, in all likelihood, though the odds of her getting any real punishment for stealing the Louisiana Democrat Party’s money are pretty long against the proposition. As to Chambers? It all comes out in the wash. And it doesn’t quite matter whether he finishes second or third when John Kennedy wins in the primary this fall, does it? Especially if he’s already run through almost $1.4 million in other people’s money.

Interested in more national news? We've got you covered! See More National News
Previous Article APPEL: We’re The 48th-Best Business Environment, And I Have Thoughts
Next Article BLANCO: I Suppose I Should Taco Bout Dr. Jill