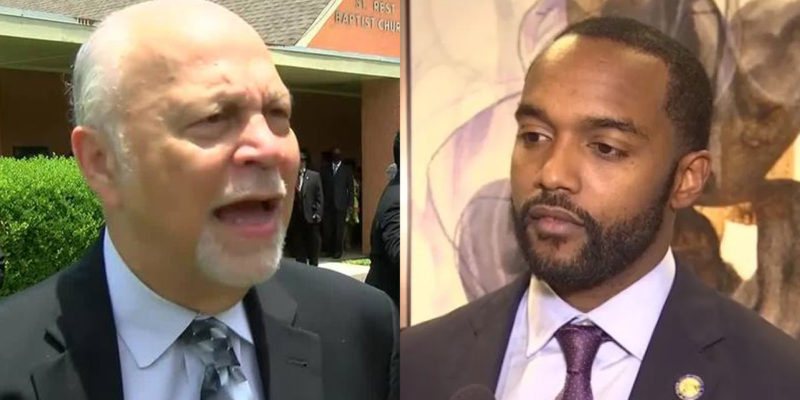 With largely, if not entirely, uncompetitive contests for statewide and federal offices clogging Louisiana ballots this fall, the most consequential electoral outcomes in the state will happen in Caddo Parish and specifically in Shreveport.

Two judicial elections – not unusually – went unopposed, featuring an incumbent and a past candidate for a similar office, as did a special election for the Caddo Parish Commission that will give interim Democrat Commissioner Steffon Jones the job. He almost defeated the now-convicted Democrat former Commissioner Lynn Cawthorne in 2019.

Unlike its counterpart across the river, School Board competition is more heated. Longtime District 1 Republican Steve Riall is stepping down and will be replaced by a Republican, either former Blanchard mayoral candidate Steve Umling or current Oil City Clerk Krisha Gayle Newsom. District 10 Republican Tony Nations is leaving office to set his sights on Shreveport City Council District E, leaving a swing district. Republican Katie McLain will try to keep it in GOP hands, while Rodney Jiles will want to increase Democrats’ majority on the Board and Jon Glover provides an independent alternative.

District 7 voters may experience déjà vu, with incumbent Darren Dixon facing a rematch of last year’s narrow special election win with Democrat Linda Rasberry Smith, and also opposed by former 2018 candidate Democrat Barbara Smith-Iverson. Democrat incumbent Dottie Bell in District 12 also drew a collection of past challengers and school employees, three Democrats and one no party in all, while District 2 Democrat Jasmine Green will face opposition from union official Democrat Orlisa Johnson. These incumbents are favored but not overwhelmingly so.

An incumbent favored more heavily is District 8 Republican Christine Tharpe in a district strongly leaning to the GOP. Democrats long have had a fascination with trying to win this one despite a string of defeats, and they have sent up Mike Morales in a long shot bid.

With District 10, the most compelling contest for partisan change is in District 11 where the lone white Democrat on the Board, John Albritton, faces off with Republican Jessica Yeates. Albritton often has voted with the Republican minority on the Board but with a majority Republican registration now in the district this gives Yeates, active in the community, a decent chance to knock him off.

Yet the real action will happen in Shreveport city elections. With three open seats because of retirements, and with District E held by Democrat interim Councilor Alan Jackson, much change will occur. It likely won’t include District A Democrat Tabatha Taylor losing hers, and given that reapportionment has produced a black and Democrat majority in District E, Jackson likely will hang on as well.

Nor do Districts C and G look to be all that competitive. Republican Caddo Commissioner Jim Taliaferro, who ran well in the 2018 mayor’s race, is a big favorite in District C while Democrat Ursula Bowman, the wife of Democrat incumbent Councilor Jerry Bowman, looks favored to keep going the long-running tradition of having a member of the Bowman family in that seat.

The most spirited contest will occur in District B with the surprise announcement by Democrat incumbent LeVette Fuller first that she would quit after a term, shortly followed by her unexpected filing to run for mayor. The favorite, who launched a challenge to Fuller before her demurral, is Democrat Mavice Hughes Thigpen, owner of a popular eatery, with a perennial candidate who was woke before woke became a thing, independent Craig Lee, perhaps providing the most opposition.

But getting the lion’s share of attention is the mayor’s race, with five significant candidates in it: Democrat incumbent Adrian Perkins, Democrat state Sen. Greg Tarver, Fuller, Republican former Councilor Tom Arceneaux, and no party Caddo Commissioner Mario Chavez. As noted elsewhere, dissatisfaction with a number of ethical and policy missteps has made Perkins vulnerable, but Tarver is no stranger to ethical issues far back in his past, Arceneaux’s base is too small to win against any of the significant candidates absent some earth-shaking events, and Chavez, a conservative former GOP party official, running without a party label and flanked on all sides will have trouble acquiring a critical mass of voters.

Fuller’s shock entry hurts Perkins the most. Before her arrival, Chavez had hoped to attract Democrats dissatisfied with the perceived shortcomings of Perkins and Tarver and enough Republicans who knew of his conservative record on the Commission. That strategy began to erode when he recently started to move away from that conservatism, but Fuller’s entry, as long as she can throw together the semblance of a campaign, totally defeats this by presenting herself as a quality alternative to Perkins and Tarver for Democrats. Indeed, on the Council she had crossed swords with Perkins often and cast a number of good government votes yet retained liberal credentials.

However, her late entry with few resources means at best she can play spoiler, with Chavez the main victim and Perkins perhaps to a lesser degree, having not much chance to advance to a runoff where, ironically, she would be competitive against any of the others if not favored. Her entrance changes the two-lane conception of the race – a runoff of either Perkins or Tarver vs. either Arceneaux or Chavez, or Perkins vs. Tarver – into one that makes a Tarver v. Arceneaux runoff the most likely, although Perkins vs. Arceneaux or Perkins vs. Tarver also remain distinct possibilities.

Interested in more national news? We've got you covered! See More National News
Previous Article BLANCO: The Desperate And Anemic Campaigns
Next Article GARLINGTON: An Education Worthy Of The Name