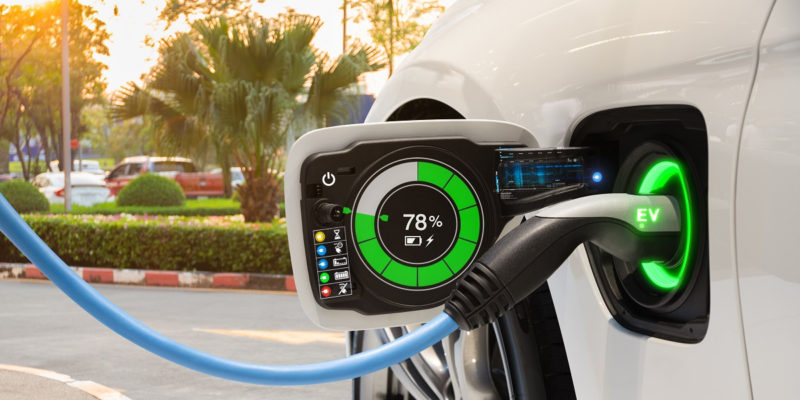 Democrats love to issue mandates, whether it involves useless masks, COVID-19 vaccines, or the car you purchase. This week, the far-left states of California, Massachusetts and Washington issued mandates requiring the purchase of electric vehicles.

In all these states, unless a hefty fine is paid, automakers will be forbidden from selling gasoline powered vehicles by 2035. As usual, the trendsetter in the climate craziness is always California. In 2019, Washington and Massachusetts passed legislation to follow whatever guidelines are enacted by the California Air Resources Board.

The short-term goals for California will be for all 35% of all new vehicles sales to be “zero emissions” by 2026, rising to 68% in 2030. According to former Trump Environmental Protection Agency (EPA) administrator Andrew Wheeler, these goals are unworkable. He believes California “can’t get to 35% EVs by 2026 let alone 68% by 2030.”

The impracticability of these standards is no concern for the liberal state leaders, they just want the positive press for taking climate change action. In fact, Governor Jay Inslee (D-WA) wants his state to ban gasoline powered vehicles by 2030. He claims that such moves are a “critical milestone in our climate fight.”

For liberal Democrats, the “climate fight” means that anything related to fossil fuels is evil. It is one reason Biden Energy Secretary Jennifer Granholm was almost giddy when gasoline prices started rising this summer. She said it made a “very compelling case” for consumers to buy electric vehicles. The high gasoline prices “won’t affect you” if you own an electric vehicle.

So, according to progressives like Granholm, just buy an electric vehicle for goodness sake. Consumers will help with the “climate fight” and avoid those high gasoline prices.

Unfortunately, Democrats love spouting their platitudes, but they have little regard for the economic conditions facing Americans. In the midst of raging inflation, Democrats are trying to force Americans to buy electric vehicles, which cost, on average, $66,000. This high cost is one reason why, even in California, only 12% of the vehicles that are currently in use are electric.

To mitigate these exorbitant costs and encourage more Americans to abandon their “addiction” to fossil fuels, $370 billion in climate change initiatives and a $7,500 electric vehicle tax credit was included in the “Inflation Reduction Act.” This will apply only for electric vehicles “assembled” in North America.

At the bill signing ceremony, President Joe Biden boasted that “American auto companies, along with American labor, are committing their treasure and their talent, billions of dollars in investment, to make electric vehicles and battery and electric charging stations all across America, made in America.”

Of course, the major flaw in this scheme is that right after the bill was signed, Ford announced that their “Mustang Mach-E” will cost $8,475 more next year. This is $975 more than the tax savings in the “Inflation Reduction Act.”

This followed a price increase for Ford’s electric pick-up truck, the F-150 Lightning, which was announced several weeks ago. Other electric vehicle manufacturers, such as Tesla, have also announced price increases. Their cheapest vehicle, the Model 3, is 23% more expensive than it was last year.

Along with prohibitive costs, there is a shortage of charging stations. This is something to keep in mind, especially for those Americans who live in states that are impacted by natural disasters such as hurricanes or floods. Evacuating in an electric vehicle may be extremely dangerous, as motorists could become stranded on an Interstate highway miles away from home, their destination, and the nearest charging station.

Another problem for Americans who want to join the “climate fight,” is that the raw materials used for electric batteries are increasing in cost. The expense of producing materials such as lithium, cobalt, and nickel is increasing due to supply chain disruptions and other issues.

Even more disturbing is that these materials are primarily produced in communist China. It is never a promising idea for the United States to become dependent on our foremost enemy to produce any key material, especially one that is crucial for our automobile industry.

In contrast, for our gasoline powered vehicles, our country does not need to be dependent on China or any other country. This was demonstrated during the Trump administration when America became energy independent for the first time in decades.

In our country, we have at least 264 billion barrels of oil available for drilling. According to a report by Rystad Energy, there is more untapped oil in the United States than any country on earth, including Russia and Saudi Arabia.

It certainly makes more sense, both economically and for national security reasons, to halt the hysterical rush toward electric vehicles. Unfortunately, the Biden administration and Democratic governors are unconcerned about the problems associated with electric vehicles. They want to be known as leaders in the ‘climate fight,” the consequences be damned.

It is not only the “blue states” in our country that are on board with the rush toward electric vehicles. Bank Australia has taken even more dramatic action. Within the next three years, no new loans will be issued for the purchase of gasoline powered vehicles.

This is being done whether customers in Australia want it or not. The bank’s Chief Impact Officer, Sasha Courville, said, “By ceasing car loans for new fossil fuel vehicles, we are sending a signal to the Australian market about the rapid acceleration in the transition from internal combustion to electric vehicles we expect to see in the next few years.”

Since Americans can expect to see such banking mandates and more in our country, it is essential to fight back against such insanity. Fortunately, Texas ended their business dealings with eight financial institutions that were deemed to be “hostile” to companies involved in the production of fossil fuels.

More states need to follow the lead of Texas, otherwise, Americans may no longer have a choice. Soon, you may have to either buy an electric vehicle or walk.