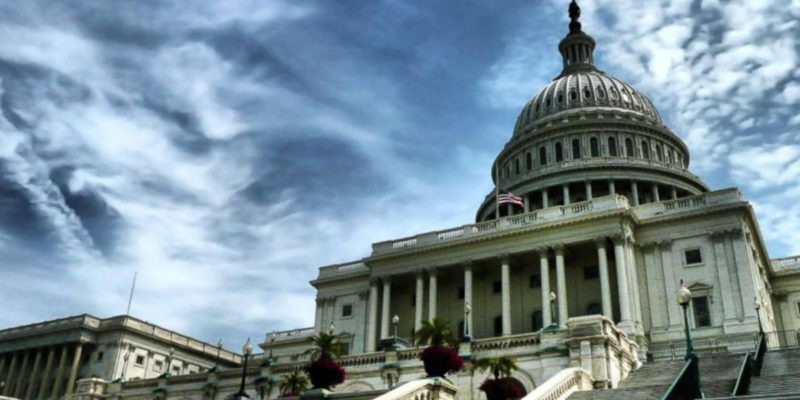 We hardly need more evidence, but these two pictures that surfaced over the weekend are worthy of notice. 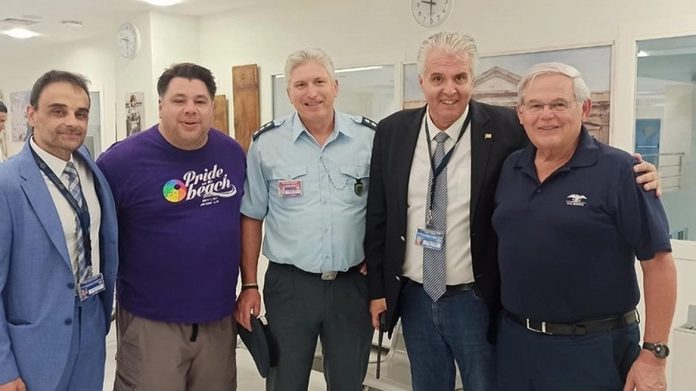 The fat slob in Picture 1 dressed in a t-shirt, shorts, and sandals is the U. S. ambassador to Greece, George Tsounis, who was called upon to meet Senator Menendez on his visit to Alexandropoulis.  Two things come to mind after viewing this:

First, besides the fact that protocols for ambassadors usually call for formal dress, most any Southern boy has learned from his mama at a young age that you don’t go out in public ‘looking like a heathen.’  For Mr Tsounis to show up wearing what did is not simply an unjustifiable breach of protocol, but also a violation of the most basic manners people should show for one another.

And to compound the offense is the message on his t-shirt:  ‘Pride Beach’.  Greece, despite some backsliding religiously in recent years, still has a strong Orthodox Christian culture.  For the U. S. ambassador to flaunt his approval of the LGBT ideology in a place like Greece also shows extremely poor judgment.

There we have Exhibit A of the despicable deep state.  On to Exhibit B. 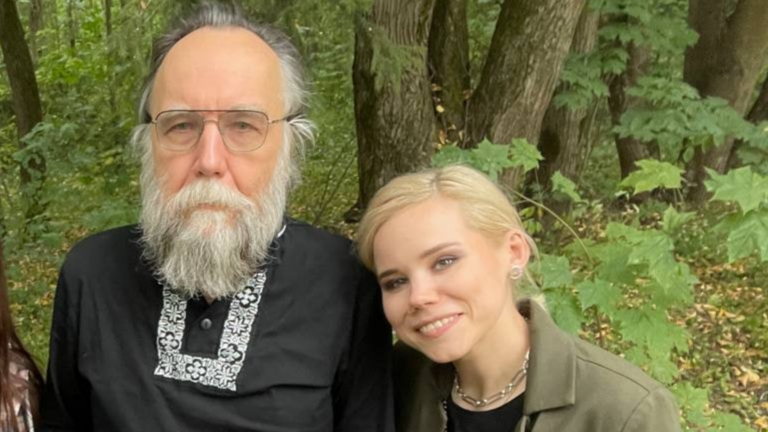 The man on the left in Picture 2 is the Russian political philosopher Alexander Dugin and the woman on the right is his young daughter, Darya.  An explosive device was planted on Mr Dugin’s automobile, which wound up killing his daughter instead, as she was driving the vehicle home after an event in Moscow dedicated to ‘Tradition and History’.

Think what you will about the war in the Ukraine, this is a very low and cowardly blow.  Alexander Dugin is not a part of the Putin government; he is an individual citizen, a conservative political commentator, like a Moon Griffon or a Dan Bongino.  To target him, and to endanger those around him, with the ultimate result being the death of his daughter, just to make some kind of statement to the world shows what beastly people we are dealing with in the halls of power in the West and in its puppet regime in the Ukraine (considering how the Ukrainian forces have performed in their fight against Russia makes it highly unlikely they were able to pull off an operation like this deep in Russian territory without U. S./Western intelligence aid of some kind).

Furthermore, if voicing either criticism of the Ukraine/NATO or support for Russia is enough to justify making one a target for killing, who’s next?  Tucker Carlson? Colonel Douglas Macgregor?  Pat Buchanan?  Rand Paul?

On that point things were already looking pretty grim for conservatives in the States.  Already there are 72 characteristics that the federal government is using to define one as a ‘potential terrorist’; here’s a little taste:

And now stories about the ATF making ‘house calls’ to folks over triggers on their AR-15s are surfacing; the IRS is hiring tens of thousands of new agents, and at least some of them are being trained to use lethal force.

Yesterday it was Dugin and his daughter; tomorrow it could be you and your children.  Don’t let the deep state propaganda about the Ukraine and Russia convince you otherwise.  Anyone with an ounce of loyalty to something traditional – family, Church, national/ethnic identity, etc. – is a target of these thugs.  Alexander Dugin was staunchly anti-globalist and pro-Trump, and they hated him for that.  Where do you think that leaves folks reading a web site like this one?  (If you do think regular Russian people like Dugin are our forever enemies, take a long look at this photo journal of a recent pilgrimage in Russia and then think again about the matter.)

One part debauched sensuality; one part dead conscience – that’s our glorious governing class here in the U. S.  If traditional Christian folks in the States who believe in a restrained kind of government can make it through the next couple of generations without being tossed into a gulag – if the entire world can be kept from being burned down in unnecessary wars just to keep the deep state in Washington City at the top of the world’s political/economic pecking order – it will be by a miracle of God Almighty.