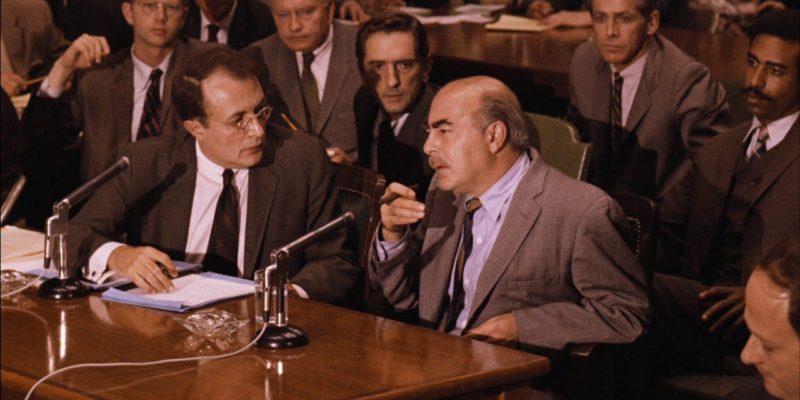 It may come off as though we’re personifying Weaponized Governmental Failure in New Orleans mayor LaToya Cantrell, and you may ask yourself whether that’s fair.

To which we answer: yes, and yes.

Cantrell is the perfect avatar for Weaponized Governmental Failure, which we define as the practice of urban socialist Democrats of intentionally governing cities in such a way that middle class taxpayers have no choice but to depart for the suburbs – and in so doing, making it impossible for the leftist political machines which control those cities ever to lose election.

After a first term as mayor of New Orleans which may have been more ruinous even than those of New York City’s Bill DeBlasio, Chicago’s Lori Lightfoot or Portland’s Ted Wheeler, Cantrell had virtually no opposition for re-election last year. It was a breathtaking failure of electoral self-preservation by the residents of Orleans Parish not to mount any serious opposition, but her re-election with 65 percent of the vote against a cast of unserious candidates exemplified perfectly how complete the victory of Weaponized Governmental Failure has been in New Orleans.

They’ve driven out the bulk of the business community, the middle class left for Jefferson, St. Bernard, St. Charles and St. Tammany Parishes long ago, and now even the tourists are starting to stay away – except, of course, for the events which specifically cater to members of the Hard Left’s political coalition; specifically the Essence Festival and the monkeypox super-spreader the Southern Decadence Festival which will descend on the city over the Labor Day weekend. Cantrell all but canceled Mardi Gras last week before walking that back, and what she’s done to the New Orleans Jazz and Heritage Festival has not been salutary.

How does Weaponized Governmental Failure work? Quite simple, actually. You refuse to do the obvious, basic things taxpayers expect out of a local government. The more aggressive practitioners of WGF don’t just neglect those things – filling potholes, providing an effective police force, staffing EMS, offering a tax climate in which business owners can keep a reasonable share of their profits, keeping graft and corruption at levels that don’t embarrass the electorate – they openly advertise their rejection of them.

Which brings us back to Cantrell and an appearance she made in court last week.

Crime victims say they felt victimized all over again when Mayor Latoya Cantrell showed up in court to support a juvenile perpetrator during sentencing.

“I was in shock. She wasn’t there for us. She was there for the assailant and his mother. It felt like she supported the crime,” says the victim.

“Your own Mayor isn’t supporting you,” says another victim.

Both women became victims of the same 13-year-old last September in separate incidents. They say he was one of three young gunmen who threatened and robbed them.

“I opened the door, and there is a kid in my face yelling at me to get out of the car and leave my keys or else he is going to shoot me,” says the victim.

“He had a gun, and he was like, I have a weapon. Give me everything you have,” says a victim.

Both women gave up their cars and belongings, and both say their lives were changed forever.

“I live in fear, and that’s not a good peaceful way to live,” says a victim.

“I don’t even feel safe. I’m always looking and praying that there’s not somebody out to get me again,” says a victim.

Putting their fears aside, both women and even a third victim testified in court against the juvenile, and Judge Renord Darensburg found him guilty.

Thursday, Judge Darensburg sentenced him, and the victims say they were taken aback when Mayor Cantrell walked into the courtroom.

“Someone approached us, and says, I’m going to warn you, the Mayor is here and she’s sitting on the other side,” says the victim.

“It’s like your city obviously doesn’t care and like the city is on the side of the attacker,” says a victim.

The victims are filled with emotions.

The Judge told FOX 8, the public defender introduced the Mayor as a character witness for the 13-year-old. While she didn’t speak, the victims say the Mayor sat next to the young attacker’s mother as they read their impact statements to the court.

“I couldn’t believe it. Three women were shedding tears and holding each other and comforting each other and she’s sitting next to this mom. I’m looking at the situation, and I’m confused. Did I do something wrong here? Was I at fault for something? That’s what I felt,” says the victim

The Judge sentenced the 13-year-old to 3 years suspended sentence, meaning no jail time. The Judge told FOX 8, “Outside influences do not impact my decisions. My decision was based on the best interest of the juvenile and the community as this youth participated in 8 months of programming and remains compliant.”

The Fox 8 story doesn’t even do justice to how bad this was. But a viral Facebook post shared all over the platform over the weekend completes the picture…

I don’t usually post stuff like this, typically my opinions are kept to myself. After today, I feel it imperative for people to know just how disgustingly distraught our justice system is.

Almost a year ago, my 19 year old sister came home from school at Loyola University, pulled in her driveway, put the car in park, went to exit and looked up to see a gun in her face. She was robbed at gun point by 3 juvenile males. They stole her car and everything in it, then totaled it.

One male was found the other two have not.

But the one that was found was the one whom “technically” robbed her and did all of the dirty work. He was arrested, bonded out shortly after…. This was not his first offense, second, or third….Matter of fact just Madison was his 5th victim of JUST this particular offense.

And a month ago was found GUILTY of all charges that were brought against him. Which were initially Armed robbery but it was lessened to 1st degree robbery. (Yes you read that correctly it was lessened).

The day of the verdict, instead of incarceration, he was given an ankle monitor until today. 30 days in between these court dates.

Today was his sentencing. Today we were surprised to walk in and see our LOVELY MAYOR LATOYA CANTRELL in attendance. Verified by the DA that she was not in relation to the criminal whatsoever and did not know them. She decided she would sit and console the family members of this criminal while she and the rest of the court room listened to not just Madison but 5 other women give their victim impact statements before the court.

Yes, she sat and patted the back of this criminal while the VICTIMS sat on the other side of the room and SOBBED recalling their encounters. The issues these women now have are LIFELONG the damage he has done to all of these women is irreparable. The boy stood up when asked to by the judge, the judge asked if he had anything he’d like to say to these victims before he gave his sentence.

The judge proceeded to state how he felt like even though it was not his first offense, and even though he robbed all of these women at gun point that he should not be given the maximum sentence and that he’d be better off monitored at home by family. That our youth will not learn their lesson by having to go to jail.

Our ever so amazing mayor happily nodded in agreement with the judge then walked out. The judge proceeded to give his very impactful sentence of PROBATION, with the option of it being lessened if he gets a job, or goes to college…. (Straight out of the judges mouth)

I’m sorry, what?!….. a REPEAT OFFENDER, whom had ROBBED over 5 women at gun point, carjacked them, over hundreds of thousands of dollars in physical damages and lets not talk about the mental and emotional damage hes caused, who listened to his victims state how he has destroyed their lives and wasnt the least bit remorseful…. gets PROBATION! And this folks, is called JUSTICE! What in the actual BEEEEEEEP!?! This city is already gone down the drain, and i knew the justice system was bad but THIS…. THIS IS absolutely APPALLING. New Orleans will be a 3rd world country before we know it.

Yes, this is exactly like the Frank Pantangeli scene from The Godfather, Part 2…

New Orleans is a ruin, but she rules it. And nobody is left to challenge that. That court appearance was Cantrell’s way of letting the world know it.

There is only one way to defeat Weaponized Governmental Failure, and that’s for the productive people run out of the cities where it’s practiced to wall them off and hasten the descent into hellscape they’re destined to become. Cut off the state and federal money, don’t go into the cities, encourage the people still operating businesses there to move out to the suburbs and starve out the LaToya Cantrells until they’ve no choice but to govern honestly.

And if the Cantrells won’t do that, then bring in the state government as an occupying, pacifying force.

There isn’t the political will yet for such a solution. But it’s coming. Cantrell will make it inevitable before long.

Interested in more news from Louisiana? We've got you covered! See More Louisiana News
Previous Article GARLINGTON: Two Pictures That Show How Contemptible The Deep State Is
Next Article MARSALA: And Then They Came For Washington Artillery Park