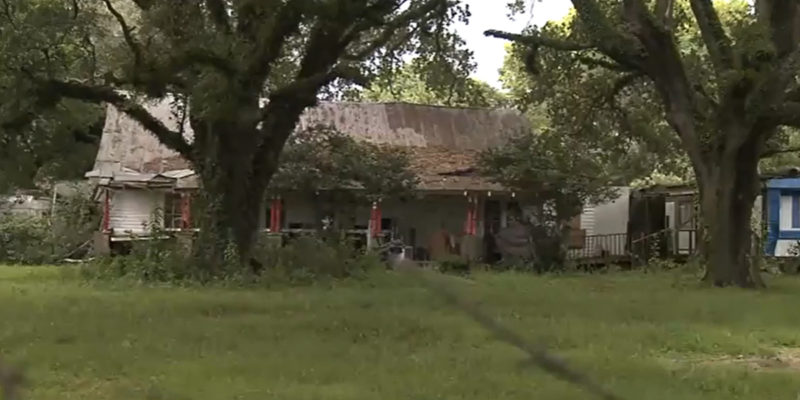 DCFS, which is the Louisiana state Department of Child and Family Services, is one of those agencies you’re not allowed to criticize. You can’t criticize DCFS because they do the work of the angels, and to suggest they might be awful at this work or that they waste your tax dollars which could be donated to charities which would do far more with said monies, well…

Let’s just say that is not allowed.

Because DCFS does the work of the angels.

Except that DCFS doesn’t do the work of the angels. It’s an utterly incompetent, dysfunctional disaster of a state agency which generally does at least as much harm as good.

DCFS is the agency generally charged with taking kids out of the worst of Louisiana’s households, and there are unquestionably lots of utter morons and troglodytes abusing their spawn all over the state. There must be some state agency to regulate the worst of the child abusers and neglecters among us; the problem is that DCFS will often, as in the case of the two-year-old who died of a fentanyl overdose in June after three separate DCFS referrals by hospital personnel who had previously saved the toddler’s life after overdoses, not do anything of the sort.

And then there is the Michael Hadden case, which argues persuasively for the breaking up of DCFS and potentially privatizing its functions in an effort to secure some sort of accountability.

If you haven’t heard about the Michael Hadden case, hold on. This might be the worst example of catastrophic governmental incompetence you’ll ever see.

A Zachary man with a history of child sexual abuse allegations has been arrested on charges of rape and molestation.

Jail records show Michael Hadden, 52, of Zachary, is charged with third-degree rape, indecent behavior with juveniles and molestation of a juvenile.

According to arrest records, one of the victims disclosed to the Department of Children and Family Services that the forced sexual encounters happened multiple times since 2021, and DCFS reported this information to authorities.

East Baton Rouge Sheriff’s Office records show Hadden has been accused of having inappropriate contact with several other children.

A spokeswoman with EBRSO confirmed there are at least three victims related to Hadden’s charges.

The investigations are ongoing.

Here’s what Marketa Walters, the AWFUL (affluent white female urban leftist) who runs DCFS, had to say about the arrest…

We learned through media accounts of the horrific allegations involving an individual who was a [caregiver].

Due to confidentiality laws, we cannot answer questions about a specific case. But it is important for the public to know that allegations like this involving [caregivers] are extremely rare and are not indicative of our [caregivers], most of whom open their homes and dedicate their lives to helping kids.

All [caregivers] must meet a rigorous standard that includes passing a federal criminal background check, a child abuse/neglect background clearance and an extensive reference check.

On a daily basis, DCFS works hand-in-hand with law enforcement and the courts to make decisions about keeping children safe.

Everything in that statement turns out to be bullshit.

According to the East Baton Rouge Parish sheriff’s office, Hadden raped a 14-year-old boy he was fostering relentlessly over a two-year period. If DCFS was checking up on Hadden it’s pretty unlikely things could have gone on that long. Another of the foster children, recalled an instance where he found alcoholic drinks in the fridge and was then forced to perform oral sex while he still felt “drunk.” Other foster children were living in the home on E. Plains Port Hudson Road in Zachary, including a child with “severe autism” and other mental health disorders who alleged he was molested by Hadden.

Meet Sylvia Smith, the grandmother of one of the three little boys Hadden repeatedly raped after DCFS hooked him up with them as a foster parent…

And the AWFUL Marketa Walters says that ramshackle disaster DCFS stashed Sylvia Smith’s grandson in with the other Hadden rape victims “must have passed a site inspection at some point.”

John Bel Edwards is Louisiana’s governor. He supervises a state budget of more than $40 billion, and on his watch DCFS is knowingly allowing crackhead moms to kill their kids and placing other kids with serial child molesters while paying them $7,000 per year per victim.

And back when Louisiana’s legislature was balking at Edwards’ runaway budget increases and demands for higher taxes, Edwards used to trot the AWFUL Marketa Walters out to squeeze out a few tears and screech about the devastating impact state budget cuts would have on DCFS. The most hilarious of those tales came in 2016…

As lawmakers continue to wrestle with the state budget, the Department of Children and Family Services (DCFS) warns that, without adequate funding, young children could literally be left stranded on the side of the road.

DCFS’ fleet of cars is old, and in some cases, falling apart. Nearly a quarter have racked up more than 200,000 miles.

“The status of our fleet is deplorable,” said DCFS Secretary Marketa Walters, who is asking for more than $1 million in state funding to upgrade the department’s cars.

Each day, DCFS drives hundreds of foster kids across the state to court hearings, doctor’s appointments, and more. However, those trips can be a safety hazard for the staff and the children they care for.

In Baton Rouge, department cars broke down 26 times over the past year, according to Walters.

“We’ve had an axle fall out on a driver in the middle of traffic on College Drive,” said Shelia Armstead, an administrative supervisor at the DCFS Baton Rouge office. “Thank God she didn’t have a kid with her, but she could have. She had just dropped the child off before this happened.”

They uncorked this tearjerker in order to demand a massive sales tax increase.

And six years later, with DCFS catching more of your money than ever before you find out they can’t even do their jobs when the hospitals have to revive kids with Narcan after their crackhead moms give them hard drugs, or your tax dollars are subsidizing child molestation in Third World shanties out in the country.

New Orleans Democrat Jason Hughes has had enough, and he’s the one who finally has the stones to declare the AWFUL Marketa Walters has to fall on the sword for this…

A New Orleans-area legislator wants the head of Louisiana’s Department of Children and Family Services ousted in wake of multiple failures at the agency, including the death of a toddler who ate fentanyl and the sexual abuse of multiple foster kids.

Earlier this week, representatives with DCFS faced questions from lawmakers and blamed the failures on staffing shortages.

“No one wants to do this work,” Assistant Deputy Secretary Rhenda Hodnett said of the numerous vacant positions at DCFS. “Case workers are exhausted, afraid… the trauma they bear every day is incredible.”

That explanation wasn’t enough for some lawmakers.

“What happened with the baby was so unacceptable guys, we can’t have that,” Senator Regina Barrow said during Monday’s hearing. “I think someone should be prosecuted. I don’t want his death to be in vain.”

Another legislator, Rep. Jason Hughes in New Orleans, was so dissatisfied with the response that he took to social media Thursday calling for DCFS Secretary Marketa Walters to lose her job.

“…morale at [DCFS] and the internal work culture must be improved drastically. I’m convinced that can only be accomplished with new leadership at the top of the agency and needs to occur ASAP!” Hughes wrote in a series of tweets.

How many horrific incidents need to happen for us to realize new leadership is needed immediately at @LouisianaDCFS? Leadership MATTERS! https://t.co/Sh1q7HSUkT

Hughes’ letter to Edwards was somewhat refreshing. It’s nice to see the rare occurrence when Democrat politicians are willing to hold each other accountable…

I sincerely hope this finds each of you well. I know the Governor is currently out of the country on an extraordinary and important mission on behalf of our great State. I sincerely appreciate his leadership.

As an appropriator, I am committed to fighting for additional funding for DCFS. However, I can only do so with new leadership in place. The problems at DCFS are too many to name, and too many children and families in our State are needlessly suffering. Money alone will not solve the issues at DCFS. The culture and structure at DCFS needs to change. We cannot wait any longer and time is not on our side.

This is not an issue I take lightly and calling for someone’s resignation is not something I take pride in. However, in my opinion, the time has passed for a fresh start.

I am happy to discuss this issue further with the Governor at any time.

Of course, that is completely insufficient. Offering to throw more tax money at the problem when state government is bloated beyond repair and is staring down massive deficits in future years is arguably worse than doing nothing even with a demand for Walters’ head.

But the real answer is to break up the ineffective, incompetent and utterly wasteful failure that is DCFS and instead let local governments and private charities into that space to see if innovative and smarter solutions can be found. And most importantly, let our communities step forward and fill the need where taking care of the most unfortunate kids is concerned.

And don’t try to claim that it’s dangerous to experiment with kids’ welfare. Save it. You can’t get worse results than Marketa Walters is giving us.

Interested in more news from Louisiana? We've got you covered! See More Louisiana News
Previous Article SADOW: They’ve Spent Louisiana Into Bankruptcy, And The Deficits Are Coming
Next Article BREAKING: Louisiana Supreme Court Shuts Down Abortion In The State