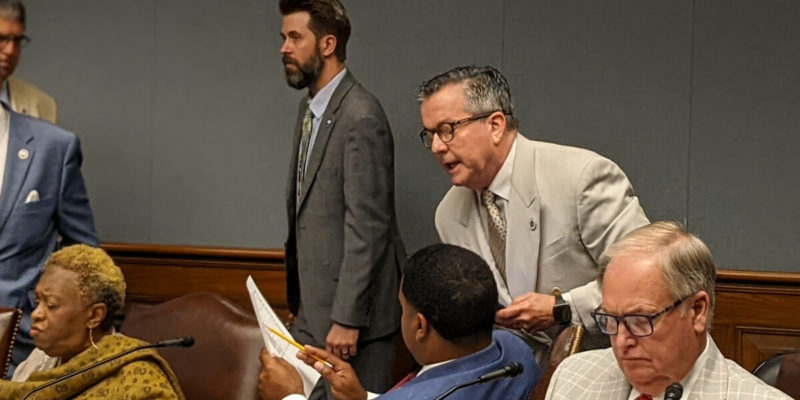 We were warned – repeatedly over the last couple of years – and now it looks to come to pass: because of unwise new spending commitments, a string of general fund budget deficits are poised to head Louisiana’s way over the next three years.

This week, the Joint Legislative Committee on the Budget met to make its usual budget adjustments and to collect information on current and projected revenues and costs, and the picture wasn’t pretty. For fiscal years 2024-26, at this point the general fund is predicted short nearly $2 billion.

Some of the gap comes from one-time measures. For FY 2024, $553 million must go to storm-related expenditures for state matches for relief from and hardening against future flooding, but that still leaves $255 million in uncovered ongoing expenses. That would have been covered except for the termination of $286 million extra in in regular Medicaid matching from the federal government as a result of pandemic emergency spending.

It gets worse. The FY 2025 deficit (minus the one-time disaster-related spending) ratchets up  to $373 million and then for FY 2026 balloons to $805 million as the 0.45 percent temporary sales tax rolls off.

Largely this comes as a consequence of unnecessary commitments added over the past couple of years when flush federal cash sent lawmakers into a frenzy, largely concerning education. Two salary boosts for elementary and secondary educators, plus some for staff and higher education, raising rates for daycare and preschool clients served, and throwing more money into subsidizing costs for average-and-below university students plus adding community college students to the mix without any structural reforms such as making local educational agencies assume a greater burden for these changes and reorganizing the top-heavy higher education system that could save money, helped to create this looming fiscal crisis.

Other spending reforms at least could have ameliorated the blow. The state could save hundreds of millions of dollars annually by scrapping Medicaid expansion, the Earned Income Tax Credit (which was expanded temporarily) , most of if not all of the Motion Picture Investment Tax Credit, and the privileged Medicaid reimbursement status of nursing homes (which provide some upwards pressure on the escalating expenditures over the next few years, and beyond).

These still can and should happen, but the one thing that legislators cannot do in response to the hole is sabotage the end of the temporary sales tax. Expect the get-along-go-along faction at the Capitol to issue a steady and intensifying drumbeat to delay it, if not make the increase permanent, instead of pursuing the needed reforms, but cooler heads who put taxpayer interests first must resist this.

If the scenario plays out, it creates a major campaign issue for next year. Legislative and gubernatorial candidates must pledge to make the adjustments without raising taxes, meaning letting the sales tax hike disappear. Those who fail to back this must be defeated.

Interested in more news from Louisiana? We've got you covered! See More Louisiana News
Previous Article GARLINGTON: A Proper Louisiana Response to the Mar-A-Lago Raid
Next Article Jason Hughes Is Right, But He Doesn’t Go Far Enough On DCFS