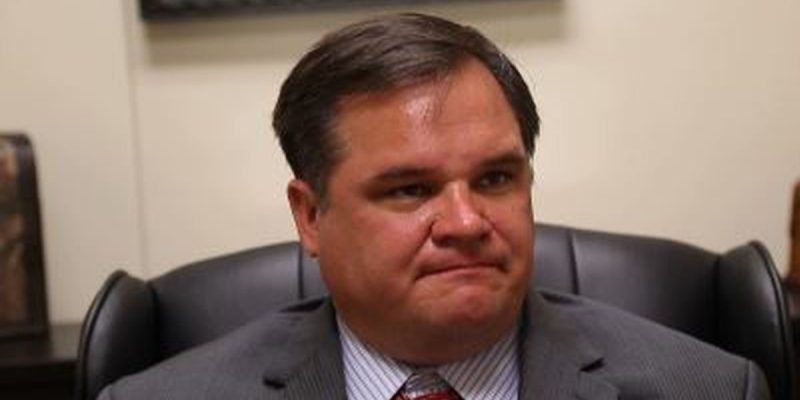 Having to make do with a Republican that played footsie with them in 2019, the 2023 Louisiana state insurance commissioner’s race may produce a better match for Democrats by featuring another Republican historically more compatible with them on the issues.

Actually, the job doesn’t give its occupant much leeway to influence what voters find the most consequential issues: rates and payouts. At the margins, rulings by the commissioner in specific situations affect the latter, and by the department’s oversight of rates (and thereby an insurer’s rate of return) determines the former, but he walks a thin line in that trying to have firms present lower rates might discourage them from writing policies at all. Nobody is forced to sell insurance in the state, so if he comes down too hard on them, they walk, which then generally leads to an increase in rates due to reduced competition.

These dynamics particularly play out over the level of service companies provide after disasters of various kinds (all the way from widespread major storm activity to isolated instances such as destructive hail) and with vehicle insurance rates. A major issue in 2019 was tort reform, where at the time Louisiana was a major outlier in policy favoring plaintiffs and thereby fattening the purses of trial lawyers behind such cases, with these policies causing rates that for years exceeded those in almost every other state substantially, but in some cases by double or more.

All signs point to a rematch in 2023 between Republicans Commissioner Jim Donelon and Tim Temple. Donelon, in office since 2006, narrowly defeated the challenger last time, and typically has argued for tort reform. Then, Temple had a history of supporting Democrats, starting as an aide to Democrat former Sen. Mary Landrieu when she was state treasurer and giving to the likes of Democrat Gov. John Bel Edwards, himself a trial lawyer by trade and a foe of tort reform (although Temple gave as well to Republicans including Donelon), and could serve as a stand-in for them as none ran.

Yet since then, Temple has distanced himself from donating to Democrats and instead has given to several Republicans or organizations associated with them, such as a leadership political action committee run by GOP state Sen. Bret Allain and GOP Senate Pres. Page Cortez. Additionally, he has become a regular donor to the state party. Last year, he loaned his dormant campaign fund about $150,000 and took in $20,000 more in donations since, including from big-ticket Republican donor Boysie Bollinger and GOP state Sen. Barrow Peacock (to whose campaign he has donated to in the past).

And, Temple never was on board with opposing tort reform. In fact, one of Temple’s talking points in 2019 was that Donelon hadn’t done enough to spur it.

Regardless of that assessment, after reelection Donelon jawboned energetically for tort reform, which surely helped a 2020 overhaul – tepid in absolute terms but compared to where Louisiana had been significant in relative terms – past the goal line over Edwards’ objections. Temple won’t be the guy to reverse this, or even turn off pressure to keep reform going.

However, another potential Republican candidate would, one whose absence in the Legislature after his defeat in 2019 was key to allowing a veto-proof majority to surface in the Senate for the successful 2020 effort. Former state Sen. Ryan Gatti has expressed interest in joining the contest.

This is the guy the party’s trial lawyer faction, a set of major donors, can get behind as a shadow Democrat. Himself a trial lawyer and benefitting from the favorable rules, in his elections Gatti demonstrated just how lucrative his profession has been by loaning himself astronomical sums for a state senate race and spending well beyond that. As of last year, his 2015 and 2019 campaigns still owed over $475,000 (to himself) in loans.

While that debt may impair his ability to run a competitive statewide campaign, if he expressed full-throated support for reform repeal, that should open the spigots from his trial lawyer brethren – even if resisting tort reform in his last Senate campaign essentially cost him the election in his Bossier Parish-based district skeptical of claims that the laws as then existed didn’t contribute to higher rates. Whether such a turn-back-the-clock message proves any more convincing statewide is questionable.

From an empirical standpoint, isolating the impact of reform is exceptionally difficult. For one thing, the best data to do it have been collated only through 2019, prior to the reforms, which in any event didn’t start until 2021. Plus, the impact on actual awards – one component to rates is these paid out, where reform theoretically diminishes the most excessive – won’t be felt for years because the changes aren’t retroactive and won’t affect cases in the system that could last years longer. Finally, the changes were just one part of a complex picture of rate setting, which in Louisiana likely is more dependent upon factors such as disproportionately inclement weather and poorer road conditions, so year-over-year changes in isolation reveal next to nothing about the impact of reform. Only an extremely rigorous study with quality data holding all other factors constant and sufficient time passage can paint the true picture, and that won’t be possible for several years.

Still, that won’t stop opponents of reform from demagoguing the issue and trying to distract the public from common sense: as Louisiana had very different laws about certain aspects of recovery than almost every other state, and almost every other state had much lower rates, then bringing Louisiana’s regulation more closely in line with other states should make its rates converge downwards towards those of other states. It’s just whether they think Gatti can serve as a convincing public face for a repeal agenda to win office in 2023 and whether he’s willing to surrender big bucks to do that (the commissioner’s annual salary is about $110,000, less than almost all of his deputies), even if by doing so the eventual hope is to use whatever leverage the office can provide to increase future earnings after exiting it.

Interested in more national news? We've got you covered! See More National News
Previous Article The Injunction Against Biden’s Offshore Oil Ban Just Went Permanent
Next Article How Can You Tell When An Ad Is About Raising Money Rather Than Winning?