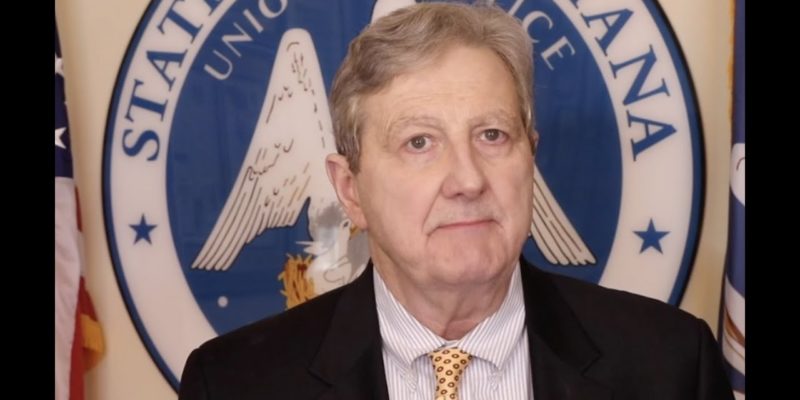 Over the weekend the Senate passed the ridiculously-named Inflation Reduction Act, which isn’t an inflation-reduction bill but the opposite. Joe Manchin, who I’ve been saying for quite a while should never have been trusted by conservatives or anyone else, got into cahoots with the Democrats’ leader Chuck Schumer and signed on to what’s really a trillion-dollar version of the Build Back Better plan Team Biden has been trying to drag through the Senate for a year and a half.

It’s a terrible bill in just about every possible respect, but what’s perhaps worst about it is its approach.

The Democrats are touting this thing as giving “relief” to Americans based on things like making prescription drugs cheaper. But it’s a colossal tax hike on America’s producers and suppliers, so it has the significant potential to create hyperinflation.

Why? Well, you need to understand what, fundamentally, inflation is: it’s too many dollars on the demand side chasing too few goods and services on the supply side.

There are two ways to fix inflation. The first is to decrease demand. That’s what raising interest rates does, and it’s the fastest way to clamp down on inflation – you’re pulling money out of the economy with those higher rates and with less money around, demand subsides. The problem with that program is that when demand subsides you get an economic recession.

And as we saw in the 1970’s, you can’t truly fix the problem unless you address the supply side. You have to have productivity in an economy to get prosperity. Interest rates were in the high teens as the Fed tried to tamp down inflation in the late 1970’s, but it didn’t really work that well. What you had was stagflation – a stagnant or shrinking economy and still a high inflation rate.

That doesn’t go away until production – supply – in the economy begins to match the demand.

The problem with everything the Democrats are doing is they’re sabotaging production and they have been for a long while.

Paying people not to work, which was the COVID response that hasn’t seemed to go away, crushes the workforce and hamstrings American business, and particularly small businesses who can’t pay top dollar for their employees, from operating at full capacity or growing. And so those businesses don’t have as many goods and services to offer as they would if they could fill all of the jobs they’d like to.

This is an especially acute problem given that Baby Boomers are increasingly reaching retirement age and dropping out of the workforce. You’re going to have a labor shortage, and with more than 50 million Americans aborted over the past half-century you don’t have as many people entering the pipeline as leaving it. That means you need a higher-than-average labor participation rate right now.

And as Jeff Crouere noted at RVIVR this morning (we’ll have that post here at The Hayride tomorrow), that isn’t what you have at all. It’s lower than average. In fact, it’s horrendous.

Yes, we have runaway immigration right now. But a bunch of people who don’t speak the language, aren’t assimilated into the culture and don’t have skills employers need will have a lot of work to do before they can do much to help fix the productivity issues. In fact, most of them are probably going to be a net drain on the economy and a burden on the supply chain – more mouths to feed, bodies to clothe, families to house – for the time being.

So the human side is out of balance and the policies will only make it worse.

Then you have the material side, and this is where the stupid Build Back Better stuff becomes so destructive.

You simply cannot attack fossil fuel production right now. Not when gas prices are at near-historic highs and utility costs are through the roof. But that’s what they’re doing, and now they’re going to impose even higher taxes on oil and gas producers. It’s suicidal.

Everything is worse. It’s all out of balance.

And now they want to throw a trillion dollars more onto the demand side while continuing to punish the supply side.

Inflation reduction? More like inflation multiplication. This is a catastrophic bill which could well go down with the Smoot-Hawley tax bill which turned the post-1929 stock crash recession into the Great Depression.

John Kennedy knows this. He said so this morning.