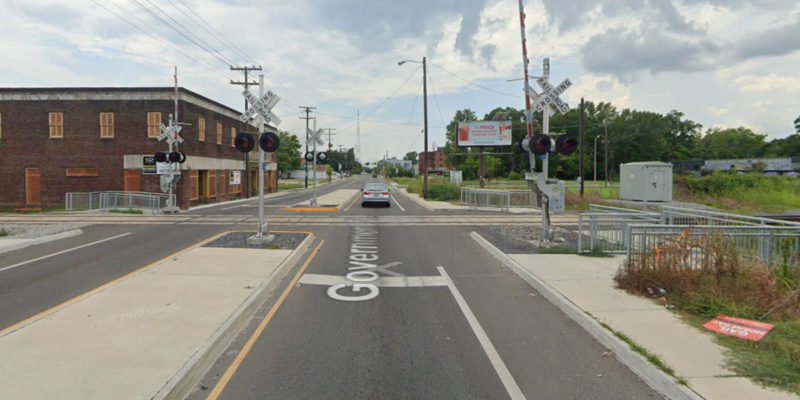 Earlier this week I had a column at The American Spectator talking about the case of Allison Rice, a pretty 21-year-old LSU senior who was senselessly slaughtered in her car in the early hours of last Friday morning.

Rice, who went by Allie, was heading home after a night out with friends at a bar in Mid-City. She had stopped at a fast food place and was driving west on Government Street toward downtown and, ultimately, her apartment off Brightside Avenue south of LSU. It was a bit after two in the morning.

A train blocked Government Street at the 1500 block. Someone – a witness told former WAFB investigative reporter Kiran Chawla at her blog that he saw two 20-something black males, one dressed in a hoodie near the scene just before hearing gunfire ring out – came up on foot and shot her. She tried to reverse and escape, but a fatal bullet had struck her in her heart and she died seconds later. Her SUV was found on the other side of the street facing west. Audio from a security camera nearby captured the sounds of gunfire, then the screeching of tires and the sound of her vehicle hitting the curb on the south side of Government Street.

Allie Rice’s murder is a problem for the Powers That Be in Baton Rouge. A real problem.

Because as of right now the indications are that she was killed at random. This wasn’t a drug deal gone wrong, nobody had a beef with her. She was in the wrong place at the wrong time with a train preventing her from escaping when the monsters came for her.

And Baton Rouge is now full of monsters. Decades of moral degredation, the cheapening and coarsening of life and an entire swath of the city deteriorating into an urban hellscape – very much visible at the 1500 block of Government Street – has produced an underclass which has now gone septic and far too often reaches up and strikes at the more respectable citizens of the city.

LSU students are especially at risk from the monsters. Allie Rice is only the latest in a string of violent crimes committed against LSU students.

This city is not safe. No part of it is safe anymore. It used to be that if you were south of Florida Boulevard you could content yourself with the knowledge that the monsters were tucked away on the north side of that street and their activities would be restricted to that beleaguered part of town.

That isn’t true anymore. Not in 2022. In 2022 gang-bangers trade lead in drive-by shootings on Bluebonnet Boulevard in front of the swanky J. Alexander restaurant at the Mall of Louisiana. In 2022 gun battles terrorize the upstanding and upscale streets of the Hundred Oaks neighborhood.

So what chance did Allie Rice have stopped by that train at the 1500 block of Government Street?

Just like New Orleans, this city is now a shooting gallery. And just like in New Orleans, we find that law enforcement isn’t adequate to the task of warding off the monsters.

The Baton Rouge Police Department is at least 120 officers short of its full and necessary complement. Its investigative unit is more or less a skeleton crew, with each detective trying to work more than a dozen cases at the same time. Most of the escalating number of murders in Baton Rouge are gang-related. But some, like Allie Rice, are not. And when they’re “random,” or, what could well be the case here, that this was a case of a black street criminal killing a white girl because he could, those overworked and embattled detectives will have very little to go on.

Those suspicions were at least somewhat confirmed when Hillar Moore, the district attorney in Baton Rouge, told WBRZ-TV essentially that everyone in law enforcement is trying as hard as they can but solving the case is close to hopeless.

District Attorney Hillar Moore told WBRZ on Tuesday that federal agencies like the FBI, ATF and DEA were helping with the investigation locally. Moore added that detectives have investigated every tip they’ve received, refuting claims on social media that police had not taken some witness statements.

He echoed those sentiments by Baton Rouge Police saying all signs point to this murder being an “isolated and random act.”

“They are working their tails off trying to get info they can. There are also rumors as phones are ringing off the hook… People saying what they think happened. I caution people not to go there,” Moore said.

The district attorney said none of the tips they’ve received so far has been enough to identify a suspect.

“Everything that can possibly done is being done right now by every agency regardless of the initials behind their name. Whether it’s state police, DEA, ATF, FBI… you name it. Everyone is working and working this matter expeditiously as we speak,” Moore said.

Rice’s former employer, The Shed on Burbank Drive, is offering a $10,000 reward for any information that leads to her killer’s conviction.

The stakes are high here. Allie Rice’s killer needs to be found and subjected to the harshest justice our system can deliver to him. That means execution.

Why Allie Rice and not the other murder victims in Baton Rouge? Nobody said this was exclusive. All of these cases are equally offensive to decent people. But Allie Rice is the latest one, and her case has resonated because we can all see her murder in our mind’s eyes.

We can see her moment of terror as the monster raises his gun, and we can feel her life give way as she throws her SUV in reverse in a last spasm of desperation as she bleeds out.

We can see it, and we are enraged.

We’re enraged by the crime experts from the parts of town the monsters control chiding us that she was somewhere she shouldn’t have been, as though driving the major thoroughfares of Baton Rouge is somehow a sin. And we’re disgusted at the idea there is something wrong with finally having had enough of the violence, the crime and the behavioral pathology infecting this town.

As I mentioned in the TAS column, a friend related that he was told by a politically-connected black lobbyist in town, “Maybe now you white people will care about crime in Baton Rouge.”

That was obnoxious to the point of fighting words. This isn’t a black-white thing. When Bryant Lee, the student-athlete at McKinley High School, was gunned down by an unknown assailant, just as many white people as black people were horrified about it and screamed for change. When LSU basketball player Wayde Sims was shot dead in a fight, the whole city erupted in sorrow.

But yes, if you have to make a racial mess of something so basic, white people have always cared about crime in Baton Rouge. That’s why every Republican candidate for mayor in the past several cycles has attempted to make more effective law enforcement and safer streets the centerpiece of his campaign. And every one since Bobby Simpson in 2000 has lost.

Simpson lost the mayoral seat in 2004 chiefly because of crime, by the way – more specifically because one of the monsters, Derrick Todd Lee, was on a protracted killing spree which targeted pretty white girls a lot like Allie Rice. White voters in Baton Rouge were so disgusted and frustrated at the inability to stop him that Simpson’s support collapsed.

And the Baton Rouge Police Department was a lot more effective then than it is now.

The monsters cannot be allowed to win here. Allie Rice’s murder cannot go unsolved. Should that happen it will signal the same kind of turning point that Derrick Todd Lee’s murders did. There will be an exodus.

We notice that LSU, outside of a weak, mailed-in statement about seeking counseling if students should feel bad about Allie Rice, is utterly silent. That’s unacceptable. LSU ought to be mobilized and outraged – and outspoken – over the murder of one of its seniors. LSU should be demanding the unsafe neighborhoods which ring its campus be cleaned up, if not cleared out. Going all the way back to Mark Emmert’s time as chancellor that’s been a stated priority item.

But now it isn’t. Now LSU is very open about its social justice agenda but closed down over the basic safety of its students in the Baton Rouge community.

None of it is acceptable, and none of it can persist. Change is coming, whether that means a resurgence of civilization or an abandonment of Louisiana’s capital city by the people it cannot survive without.

And so far it looks like the Powers That Be in this city are much more keen to put off that reckoning than to face it. Which tells you which way this is likely to go.

Find Allie Rice’s killer if you want to save Baton Rouge. It’s just that simple.