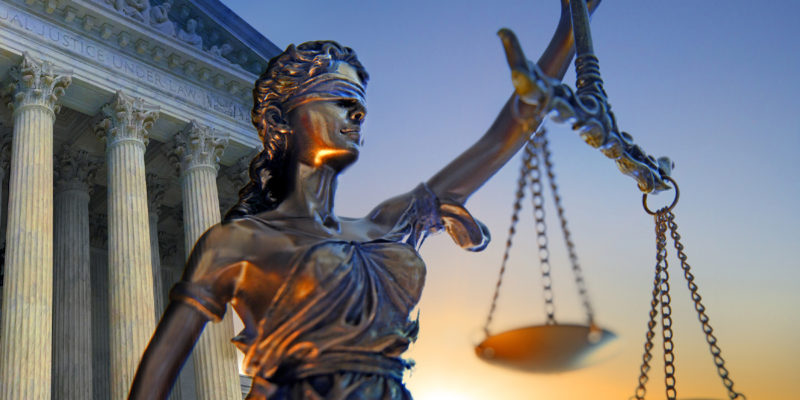 There was once a philosopher who described communication as sharing “pictures of facts.” He outlined that the role of language is to help us form the correct image in the minds of others. Without the right image, how could we possibly communicate anything of value?

That is both the blessing and the curse of our modern world.

When communication channels are open, when there is a great diversity of ideas, when claims are supported by facts, and each individual can form the correct “picture” in their minds – that is when knowledge can become power.

And that is exactly why knowledge is being controlled.

In an information war, the goal is to keep us confused. Facts become vague. Truth becomes a mystery. Reality becomes an illusion. This is the art of the legacy media, creating a fun house of smoke and mirrors and confusing us at every turn until up is down and right is left. This is also how Biden’s federal government has effectively created a two-tiered justice system, in which even Lady Justice herself has become so disoriented that she now is weaponized against her own citizens in the name of secrecy, power, and lies.

It is through this manipulation of language – this manipulation of the images in our minds – that the radical left has been able to systematically dismantle our Bill of Rights. Through mental confusion, they have garnered support for attacking the First Amendment – first by removing prayer in schools, then by using Big Tech to censor and shadow ban opposing voices. They have stirred opposition to the Second Amendment through fear campaigns launched by the liberal press; but they have not needed to attack the Third Amendment because we welcomed their woke soldiers into our homes through Facebook, Twitter, and Google. We even gave them our data for the privilege of their presence!

Now, with the raid of Mar-a-Lago, we have prima facia evidence that they have set their sights on the Fourth Amendment: the right of people to be secure in their persons, houses, papers, and effects against unreasonable searches and seizures. This is where the manipulation of language, information, and knowledge has gotten us. But there is one splinter in their side – something that shows clearly their weaponization of justice and the decline of our nation: Hunter Biden’s Laptop.

Once you have seen the images on that laptop, even if only the few that have trickled out, you cannot unsee them. Once you have read the emails and text messages, you cannot erase them from your mind. And, really, has there ever been a debaucherous moment that Hunter did not feel compelled to film for himself? Yet the legacy news and social media platforms alike circled the wagons around this disgusting and treasonous content for one major reason: it breaks the illusion that all is well in our crumbling nation.

Hunter’s “laptop from hell” gives us the gift of awareness. It is the much-needed wake-up call, showcasing the cancer rotting at the core of our institutions that must be cut out. This is evidence of the two-tiered justice system and the tyranny not easily conquered. And it cannot be hidden or pushed under the rug, nor can the images be controlled.

That laptop provides the “pictures of facts” that our nation so desperately needs to shake us from the lull of false language. And it makes us all realize that Lady Justice will not be freed from her shackles until someone at the U.S. Department of Justice and FBI – as well as the Biden family – is held accountable. As Attorney General of Louisiana, I will not stop fighting and winning for that day when the Truth is made apparent and the freedoms and liberty fought for during the American Revolution are fully restored to the American people.

That is the triumph to come, when truth can no longer be hidden by language, but becomes clear in the minds of all. As Thomas Paine once wrote, “The mind once enlightened cannot again become dark.”

Jeff Landry is the attorney general of Louisiana and a former U.S. representative. This piece originally appeared at Breitbart.