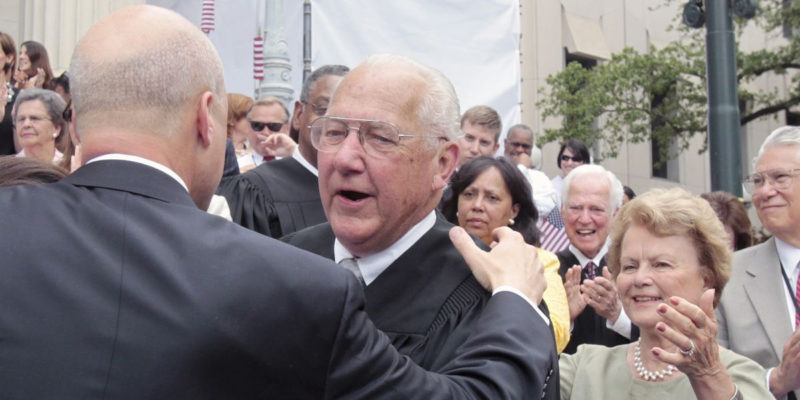 BATISTE: Mitch Landrieu Hides In The Shadows Of Race (thehayride.com)

As New Orleans first bi-racial mayor, Landrieu carried on and completed many of the integration programs of his predecessor Mayor Victor Schiro, who served from 1961-1970.

Mayor Morrison, Moon Landrieu’s mentor, refused to integrate schools during his terms. In 1960, the famous Ruby Bridges event with nationwide, ending when President Eisenhower ordered Federal Marshals to escort her to school.

Schiro integrated New Orleans schools and City Hall during his term, transitioning New Orleans from segregation to integration. Schiro campaigned in 1965 to build the Superdome, passing a bond measure to obtain the land, widen Poydras Street, and create the Central Business District. The Dome opened in 1973.

Moon Landrieu would continue the development of many of Schiro’s business programs. During Schiro’s terms: Jazzfest was started, the NFL granted New Orleans the Saints football franchise, and Mardi Gras Super Krewes were founded.  In the 1960s, NASA opened in Michoud and New Orleans Square opened in Disneyland.

As explained in The Hayride.

MARSALA: And Then They Came For Washington Artillery Park (thehayride.com)

Interested in more news from Louisiana? We've got you covered! See More Louisiana News
Previous Article Tate Reeves Is Handling The Jackson Water Crisis Precisely Right
Next Article On Second Thought, Yes, a Rebuild in Baton Rouge Will Be Needed