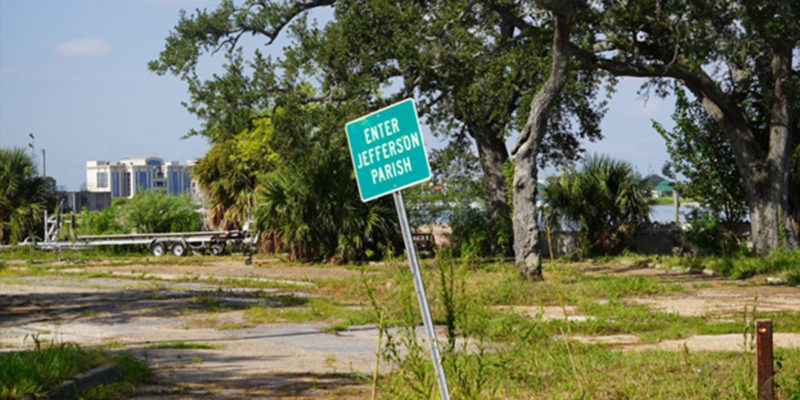 The New Orleans City Council’s current plans to develop West End Lake Shore Park are repeating the same mistakes of the past. New Orleans Government can’t keep expanding on its disasters. Numerous case histories should cause the local politicians, which include Jefferson Parish, to stop and meet with residents before obtaining Federal Government funds under the agenda item of “Economic Development.”

However, in 2005, Hurricane Katrina destroyed those restaurants, the pedestrian bridge, and the seawall, which were in Jefferson Parish. Following the storm, the US Army built a pumping station at the end of the 17th Street Canal and prohibited the return of the restaurants in the path of water flow.  The old Fitzgerald’s site is not in the path and could be developed as a restaurant, but the economics do not work.

The Hurricane Katrina disaster took away the restaurants sales tax revenue to Jefferson Parish. In public meetings, the residents of Bucktown opposed redeveloping the restaurants to the Bucktown Harbor, citing traffic, noise, and crime issues.

This meant the 1.3 acres of Jefferson Parish land in West End Lake Shore Park became a negative on the Jefferson Parish budget. Jefferson Parish needs to budget funds for the repair and upkeep of its 1.3 acres, which is blighted with standing water breeding mosquitoes, being used as a dump, and has 100-year-old heritage oaks being neglected. Requests to find out what happened to any FEMA money from Hurricane Katrina that Jefferson Parish received for West End repairs go unanswered.

The Jefferson Parish park land has sat neglected since Hurricane Katrina. A smart move for the Jefferson Parish Council was to put its 1.3 acres of land into a Cooperative Endeavor Agreement (CEA) with New Orleans for developing and receiving a share of the revenue.

The CEA document lays the foundation for New Orleans to repeat its housing disasters of Gordon Plaza, the American Can Company, the Poland Ave Navy site, and Short Term Rentals. At West End, New Orleans will likely repeat its retail disasters of The Plaza Shopping Center, Jazzland, and Lakeshore Village. The lack of road access to the West End site and damage to the existing community will repeat the disaster of moving the Airport Terminal to the North side and cutting an access road through Veterans Heights neighborhood.

As in these previous disasters, a rosy inaccurate description is being given to the public. For decades there were two accesses to West End Lake Shore Park. One from Lake Shore Drive in New Orleans and one from Bucktown Harbor. The Bucktown Harbor access is gone. The New Orleans access is insufficient and unsafe for the planned housing, retail, and full-service bar development that Council Members Joseph Giarrusso and Jennifer van Vranken have been working on for five years.  The press releases to the media erroneously title the housing development of 4.3 acres of park in New Orleans as  “Redevelopment of Restaurant Row,” which was in Jefferson Parish.

MARSALA: A Bait (Shop) and Switch (to Housing) (thehayride.com)

Recently it was discovered that ACT 209 of 1906, which created West End Lake Shore Park restricts use to a Public Park or Amusement Park.  The text of ACT 209 repeats the limitation six times.  This fact was brought to the Municipal Yacht Harbor Management Commission’s attention at the August Meeting.

At the September Commission’s meeting a copy of the act was handed out by a citizen to residents and to the Commission.  Commission Chair, Tim McConnell, noted that all Commissioners receive a copy of ACT 209 when taking office. However, McConnell declined any further comment and declined a request to place on the agenda for a vote requesting an opinion by the Attorney General’s office to see it the proposed development of the 4.3 acres in West End Lake Shore Park violates ACT 209 of 1906.

Interested in more national news? We've got you covered! See More National News
Previous Article BLANCO: Where Do Rights Come From?
Next Article SADOW: Looks Like The 2023 Statewide Cycle Is Forming Up A Bit